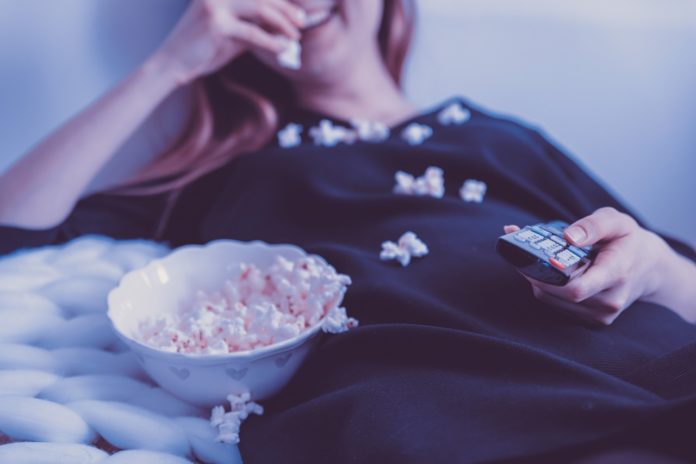 You can rely on some of the best holiday films to air each year on television.

But there's a good chance that a few of them are particularly interesting to you and yours. Whether you spend the season with family, friends or neighbors, you'll want some entertainment. And there aren't many better options than the best holiday movies to put you in the spirit.

The best thing about the best holiday films is that they come in every genre imaginable. Want comedy, drama, suspense or even horror? There's a movie out there for you. Naturally, most of the top contenders have a lighthearted and uplifting message. But they all take a different course to bring you to that resolution. And that's a big part of the fun. So determine what type of movie you're in the mood for, and find the perfect movie to meet your requirements.

If you need a little push in the right direction, keep reading. We've selected several of our favorites from across the spectrum. But don't take our word for it. Each one has been critically acclaimed and heralded by scores of loyal fans. Maybe you'll want to watch them every year around the holiday season. Or perhaps all it takes is one viewing for the message to resonate. Either way, you really can't go wrong with one of the films on this list.

The Best Holiday Movies for Any Occasion

Each holiday is different, and we all celebrate in our own ways. Maybe it's been a goofy year and you want to wrap it up with a screwball comedy. Or a touching drama might be the perfect remedy to a stressful year. And for the truly manic Decembers, you might even opt for a thriller or slasher flick.

As diverse as the options are, however, a few titles continually rise to the top of most conversations. We might not have named all of your favorites in the list below. But we think you'll agree that these are some of the best holiday movies ever made.

It's hard to find any list of the best holiday movies without this classic tale. You can follow the story of Kris Kringle, expertly portrayed by Edmund Gwenn. He is struggling with his identity ahead of Christmas, under the belief that he is the true Santa.

Macy's department store hires him at the last minute as its store Santa. But management soon regrets the decision. By the end of the story, though, you'll be left with a new outlook on the season -- and maybe even St. Nick himself.

Kris goes to great lengths to prove his claim. And he'll even have his mental capacity questioned throughout. But as everything comes together, the audience is left with the same message that all the characters learn. Sometimes believing in something beyond all odds is worth it. We think that's a message that can resonate during the holiday season and all throughout the year.

2. How the Grinch Stole Christmas

Dr. Seuss is world renowned for his unmatched output of children's literature. But on occasion, one of his creations has been translated into incredible motion pictures. And "How the Grinch Stole Christmas" has sparked many updates and revisions. For our list of the best holiday movies, though, we went back to the original.

It's been more than a half century since the cartoon first came to screens around the world. And its story revealing the plight of the citizens of Whoville remains very popular to this day. Packed with memorable songs and a lasting message, you're sure to find it a redeeming story. And if it speaks to you like it does to millions of fans, you might want to watch it every year.

For nearly 40 years, families and friends have gathered to watch this modern classic. And if you love a touching story with a humorous undertone, it's a great choice. We look for well rounded stories when choosing the best holiday movies. And this one really has it, all through the perspective of a 9 year old boy.

Ralphie is hoping to get a BB gun for Christmas, but his mom is not willing to honor his request. His teacher isn't any more help after he pens an essay about his holiday wish. Even Santa is on his case. But in the end, everything comes together for a great Christmas resolution. Whatever you're looking for this holiday season, you can probably learn a helpful lesson from this story. Even if you're not asking for anything under the tree, an annual holiday laugh might be just what you need.

"Elf" is one of our favorite spins on the age old Santa Claus story. Heck, it's one of our favorite Will Ferrell vehicles regardless of the season. So it's no surprise it ends up on our list of the best holiday movies. It's a heartwarming tale of Ferrell's main character, Buddy.

Though he is the height of a typical man, Buddy feels right at home in the North Pole. He stays at Santa's workshop where he believes he is an elf. But when he hears the truth about his past, he tries to look up his relatives in the United States. There's a strong cast of talented actors responsible for bringing the great script to life. Prepare for a touching but hilarious tale that you might want to work into your yearly routine.

5. It's a Wonderful Life

Maybe it wasn't an instant classic when it debuted generations ago. But in the decades since, "It's A Wonderful Life" has become required holiday viewing for millions. You can often catch it airing on basic cable and even some cinemas show it each year. And whether you're an annual viewer or not, you can probably find some inspiration in its plot.

Follow James Stewart's character George Bailey from suicidal to celebratory in the span of one film. It touches on themes of love, redemption and hope. And it's all produced in a touching and well acted format. There aren't many films that hold up for so long. And this is a truly special one. If you're not one of its scores of loyal fans, maybe it's time to give this classic a view.

We love new takes on age old stories from the season. And it's obvious from the reviews of this hilarious film that we're not alone. If you love to laugh through the holidays, check out "Fred Claus." Maybe it's not considered a Christmas classic. But this fresh spin on the Santa story is worth checking out.

Find Vince Vaughn play Santa's brother, Fred. He's has little in common with his helpful sibling, however, aside from the surname. After Fred gets in some legal trouble, his brother invites him to help make toys as restitution. And as you might guess, he grows from the experience and results in a positive message that belies the raucous plot. With a great cast including Paul Giamatti as St. Nick, it's easy to see why it remains so popular.

There are lots of variations for the Charles Dickens classic Christmas tale. Many are incredible in their own right. But we can't recommend them all. For our list of the best holiday movies, we've selected the Disney version starring the Muppets.

First of all, you'll get all of the sentiment of the book with the moral lesson that will last long after you finish watching. But since it's the Muppets, you also get light hearted and good natured dialogue. Share some laughs, but also learn a bit about how to really celebrate the season. Best of all, it's perfect for audiences of all ages.

The creators of the long-running comic strip "Peanuts" have also produced some classic short films. Maybe you've seen the Halloween and Thanksgiving specials that air each year. But many fans say "A Charlie Brown Christmas" is the best of the bunch.

As often is the case, the protagonist in the zig zag shirt is feeling a bit blue. But leave it to his friends to remind him of the true meaning behind the season. And you can always expect a happy resolution as everyone comes together to celebrate. From the sad little tree to the recitation of the Nativity story, it is memorable for many reasons. That's why so many families consider it a must see movie each December.

Watching classic movies during the holidays is a great tradition for families around the world.

But if you don't already have a favorite, we hope our list provided some helpful recommendations. The best holiday movies range from silly comedies to hard hitting dramas. And they all have their place in the seasonal celebrations of all types of viewers.

There's no one size fits all list of classic holiday movies. Even the biggest collection of titles will leave someone's favorite off. So we only attempted to skim the surface of a deep well of great films. But this is a great place to start your search for a new hit or an undiscovered classic.

If you enjoyed our list, share this article with the people in your life this holiday. And leave us a comment below if you have an addition to make or any final thoughts.

Related Article: The Best Thanksgiving Movies to Watch With Loved Ones This Holiday