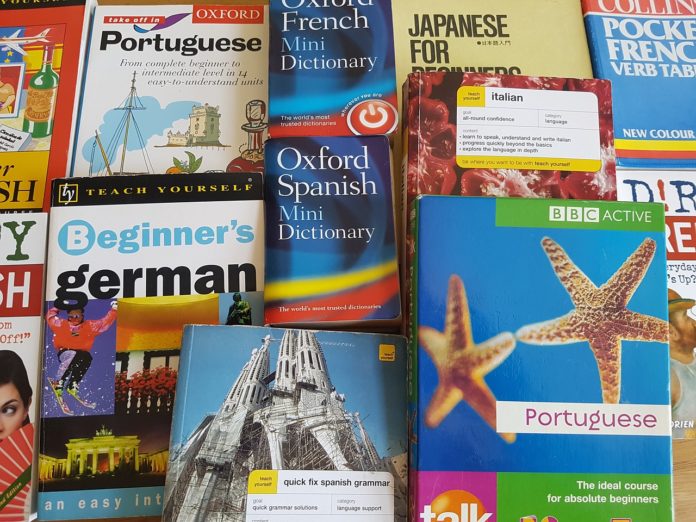 Learning the right business languages could be the way to really grow your customer base.

It's easier than ever for even small companies to compete on a global scale. But if you're trying to enter an international market, you'll have to be able to communicate. No matter the business languages being used, it's important to retain open and honest dialogue. So whether you're completely fluent or not, remember to remain authentic.

But in more practical terms, some dialects are likely to be more beneficial than others. This could depend on the type of business you're in. Or you could be looking to broader market trends to stay ahead of the curve. Either way, we think the list of business languages below are a great place to start.

We can't say which languages will best suit every business or entrepreneur. But we have been able to identify some clear trends in global commerce. And we'll explain why the options below made it to our list of top business languages.

You probably know the economy is largely international at this point. That means there are more opportunities than ever to work across borders and oceans. But you'll have to be able to understand and be understood. Plus, it's important to recognize how difficult some of the business languages below are to learn. So weigh the potential costs and benefits of each one of our recommendations. We think any of them offer potential upside as globalism continues to take hold. And you can determine for yourself which are most promising for your industry and future plans.

It might make sense to learn Spanish as it gains prominence in many areas of the United States. But there are many other reasons it might be one of the best business languages to learn. For starters, there are more than 420 million people around the globe who speak native Spanish. More and more people are learning it as a secondary language both for business and personal reasons.

As the U.S. population is expected to shift, Spanish could be even more important across the nation. For starters, projections show roughly 30 percent of the country will be Hispanic by 2050. That means the group will be twice as big as it is now, leading to many new opportunities. So aside from English, it is clear Spanish has become vital in American business. Certain segments, including communications, media and hospitality, are finding new uses all the time. And it consistently ranks among the linguistic proficiency most in demand among the nation's want ads.

There's no question that China continues to grow into a bigger part of the global business community. And Mandarin Chinese is definitely among the best business languages to add to your marketability. First of all, roughly twice as many native speakers use this language as English. So you'll immediately be reaching a huge group of people able to understand you in their native tongue.

With China's share of the international economy growing exponentially, the influence will only grow. More residents of China speak Mandarin than any other dialect. And you'll meet more folks than ever before speaking it fluently on every continent. Of course, one thing to keep in mind is the challenge you'll be undertaking. Some English speakers find Mandarin Chinese to be one of the most difficult business languages to master. Initially, that might sound like a reason to pick a simpler option. But after you begin to get the hang of its nuances, perhaps you'll feel even more accomplished. And when you start speaking naturally, you'll realize the benefits of your hard work and dedication.

In addition to being one of the world's five most spoken languages, Arabic can offer additional benefits. Depending on the nature of your business, there might be clear opportunities. For starters, real estate and oil are booming industries across the Arabic world. And there are many influential entrepreneurs and executives internationally who speak it fluently.

Find a bigger influence across Europe, which has become more pronounced in recent years. Many economists say the great recession of a decade ago helped open up opportunities for Arabic investments. It's certainly not the easiest foreign language to learn if you're used to speaking fluent English. But it remains in growing demand and could open up some opportunities other business languages can't.

Why is German among our top business languages to tackle? A lot of it has to do with the European Union. Among this network of nations, Germany shines as a beacon of investment and strong economic trends. So if you want to do a lot of business in the E.U. --- or you want to -- then German might be a benefit. Compared to many of the other European nations, Germany's is the largest economy.

It is also a chief trading partner with other nations including the United Kingdom. Whether you deal in Euros regularly or not, you can likely find a reason to put German to use. In  It can be in high demand with employers across the E.U. and beyond. So perfecting your diction in this language could position you for some unique business opportunities.

French is another very popular European tongue. And among the business languages you might want to learn, it's probably high on the list. For starters, it's only behind German in popularity among European Union citizens. Beyond that, there are 29 nations worldwide in which French is the official language. Much of this is due to the expansion of France around much of the globe. The lasting impact is a huge number of people have learned French as a second language.

And you can join that group to gain some of the benefits speaking it could provide. No matter where you roam, you'll probably find French speakers. And even if you're doing most of your work online, it's very popular there, too. Studies show French is used more than most other languages among internet users. Plus, the United Nations has listed it as one of its official languages. France is a great place to do business. But learning this one instead of some other business languages could lead to even wider frontiers.

Russia might not have one of the world's largest economies. But it does have a huge footprint. That is apparent both in size of its sheer land mass and in the impact it has around the world. It is widely used in online communications and some estimates show many as 260 million people speak it daily. Not only is it included among the official languages at the U.N., it has widespread international influence. In fact, among the Slavonic languages, it is consistently ranked as the most significant.

You can benefit from learning Russian in a variety of different industries. For instance, it is among the most useful business languages in the oil trade due to its vast production. And since Russia has so much involvement in diplomatic issues, it's a powerful nation. If you want to truly understand the state of affairs internationally, it might help to know Russian.

You likely already know Hindi is one of the most widely spoken languages in the world. It is the official tongue in India and increasingly important among business languages globally. Though India isn't among the largest economies, it is growing at a faster and more consistent rate than most.

Even the United States Department of State issued a report in which it acknowledged the importance of Hindi. The officials went on to explain why proficiency in it would likely be "in high demand." And it appears that projection is coming true. If you want to be ahead of the curve in international business, Hindi might be the place to start. And you never know how much it could help until you start taking the lessons.

Though Japanese doesn't make the top 10 of native language speakers, it is incredibly influential. Let's start with the fact that this nation actually has the third largest world economy. And with high tech breakthroughs leading the ongoing revolution, it's a place many businesses should be.

Is yours one of them? Well, take a look at what you're trying to accomplish and see how Japan is involved. Chances are, it's more deeply than you realized. And it also consistently ranks high on the  So if you're into robotics and any number of other electronics fields, give it a try. It could be one of the business languages to most impact your future success.

Learning the right business languages can be the difference between stagnation and growth.

But you need to be smart and purposeful about it. Choose the business languages that are most connected with your industry. Then take a look at the nations poised to be a bigger part of that market. We hope our guide has helped you determine which skills to tackle next.

If so, share this article with the entrepreneurs in your life. And leave us a comment below if you have any final thoughts or questions.

Related Article: How to Learn a Language and Start Communicating Fluently Right Now