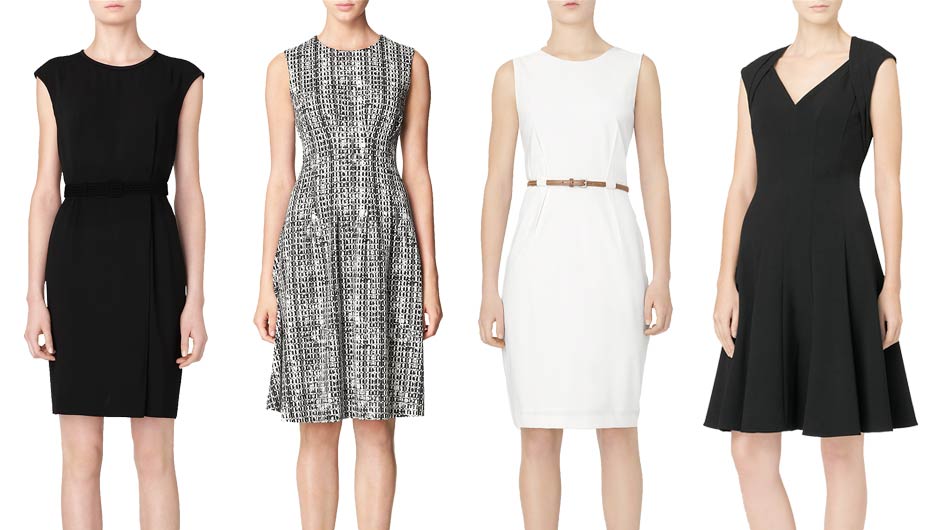 At 33, he was the youngest designer to have been voted into the Coty Hall of Fame, one of the most prestigious awards in the field. It wasn’t that much later that Calvin Klein became the famous brand that we equate with 80s jeans, women’s underwear, and provocative Kate Moss advertising billboards today. However, there’s always more to unravel, and what drew our attention are not only the sexually charged fragrances or the macho-styled denim. The Calvin Klein dress is the vision of a designer and, not in the least, a man who once declared: “I wanted something direct, sensuous and provocative, which represents the way I feel about women.”

Before we run our selection of the most eye-catching Calvin Klein dresses to impress a wow on the senses, we should first make acquaintance with the man behind the scene.

The Calvin Klein Dress: From the Atelier to the Runway

He was not yet 25 when Calvin Klein entered the world of fashion with his own label company. It was the 60s and fashion served the hippie movement, leaning towards explosive colors, loose garments, and floral prints. On the contrary, Calvin Klein’s style bordered on the austere and the highly minimalist aesthetic that would characterize later trends of the 1980s.

From the start, the designer knew where to trace the ropes of fashion. Into the advertising world. Unlike most of his peers, Klein used TV and billboard advertisements to raise brand awareness. And, more often than not, provoke the audience into outrage and, afterward, binge-shopping on Calvin Klein.

For example, he didn’t seem to mind much when one of his ​TV commercials for jeans made the US Justice department pay him a visit for sexual exploitation of minors. The charges never held, but the hurricane of free publicity that followed did. Richard Avedon, the giant of American fashion and portrait photography, described the purpose of the TV spots as lending ‘the Calvin Klein image to jeans and not a jeans image to Calvin Klein.’

By the end of the century, Klein was in control of a fashion juggernaut. His retails spread from the United States, Europe, the Middle East all the way to far East Asia. Nowadays, he retreated to his Miami beach house after selling his vast empire.

When he started in the fashion world, Calvin Klein first focused on coats, with skirts, dresses, and blouses underneath. For example, this midcalf-length and high-waisted sleeveless dress could have been just as well displayed in the young designer’s atelier in 1970.

‘I thought American women needed to be more streamlined. They moved faster, they were working, they were raising kids. It was that time when rules were changing.’ he says in a 2008 interview for Vanity Fair.

If you’re inclined to a nostalgic, yet modern look, you could also buy a piece of the past ​ on Amazon.com.

The clean-cut, subtle, and minimalist design is the brand’s forte. Those features also define the Calvin Klein crepe evening dress for cocktails. Fashion hounds of all stripes fall head over heels in love with this statement piece. It’s so simple. You can’t really find any faults in either the crisp material or the creamy red overflowing over the cut.

‘To me, the contrast between rough fabrics and satin fabrics against a woman’s body was really sexy. That’s how I started doing slip dresses in the very beginning. They were under something that was more tailored and strong.’ – Calvin Klein in his Vanity Fair Interview

The combination between soft and hard is constantly present in the Calvin Klein dress. The V-neckline balances the sleeveless feature, while the elastic waist holds the gown together. Give a twirl yourself and order it from Amazon.com.