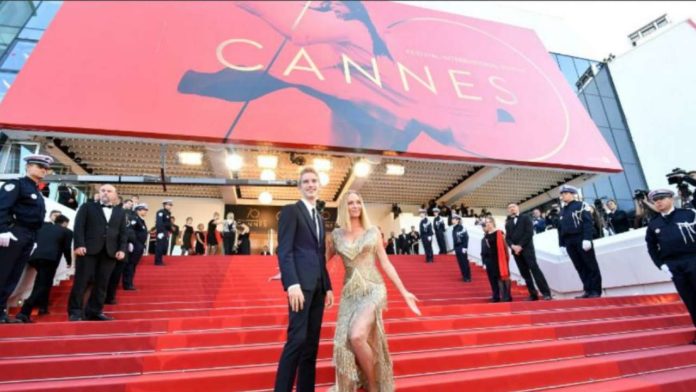 We’re sure your Instagram feed was flooded with updates from the Cannes Film Festival too.

Everywhere you turn, you’re inundated with pictures of Bella Hadid, Kendall Jenner, and Deepika Padukone. First things first. We have to admit...we’re just a little confused. To be honest, we wouldn’t have even known which movies are up for awards at the Cannes Film Festival if we hadn’t done a little internet searching.

For those who don’t know, a few popular ones are: Solo, A Star Wars Story, The Man Who Killed Don Quixote, 2001: A Space Odyssey, Under the Silver Lake, Ahlat Agaci, and Sink or Swim.

Who Is Actually Representing the Films?

Since the above celebs are representing jewelry and makeup brands, who’s representing the films? While we love talk about the Cannes Film Festival as much as everyone else, we prefer it when the buzz is about - well, films. When did film festivals become all about fashion?

Furthermore, how many of us actually know about the lovely indie films screening in France this year? Be honest with yourself. Are you more interested in Kangana’s Prince throwback and Kendall Jenner’s mesh dress? It certainly seems like the Internet is.

What Would the Cannes Film Festival Look Like If It Were Limited Only to Actors, Directors, and Producers?

This is a serious question people. Society is losing its appreciation for the arts. If Cannes were purely film-centric would it still be a social media trend? As cinema lovers, we’ll admit we are a bit biased.

While we’re all for some designer fashion inspo, we know you can have the best of both worlds. There’s nothing wrong with putting films in the spotlight too. Isn’t that what the festival is supposed to be about anyway?

What Do You Think?​

While we support appreciation of all arts, film should have its moment too. Yes, star power does bring awareness and attention to the event. However, it should not overshadow the quality cinema work being featured.

What do you think? Have film festivals become about fleeting trends and fashion exposes?  Let us know your thoughts in the comment section below.