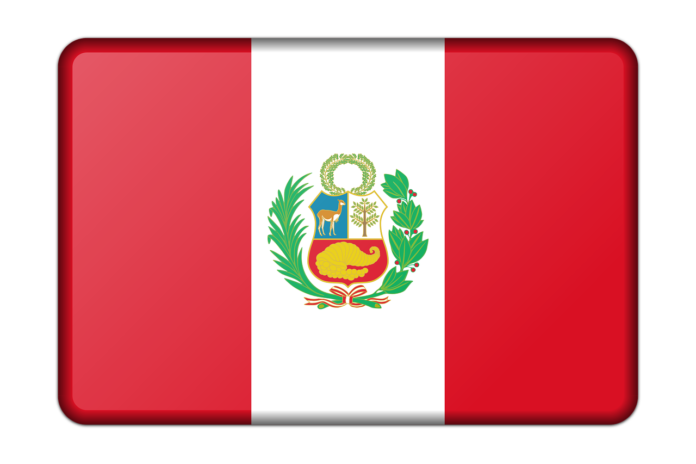 A nation is known for many features -- and Peru has plenty to boast.

From a variety of natural features to a rich, vibrant history, there's lots to learn about this country. But there's also much to be said about the impact of the most famous people from Peru. These are the men and women who have helped shape the nation's reputation around the world.

Some are from the entertainment industry. Singers, musicians and actors abound among the notable individuals born in Peru. Others are athletes. There are many academics, scientists and other remarkable thinkers. A few left their homeland early on into their lives. Then there are those who stayed and made an international impact from inside its borders in South America.

The Most Famous People From Peru You Should Know About

Like any nation, Peruvian culture is shaped in large part by its celebrities. Whether they establish a new type of music or put the country on the map for scientific research, they are influential. And we've selected several of the famous people from Peru that people with global interests likely recognize.

While the nation has its share of native sons and daughters to be proud of, a few clearly stand out. From an international perspective, the people below have left a serious footprint outside of Peru's borders. We don't have enough space to include every notable Peruvian native. And you can leave your own contributions to our list in the comments section below. But we hope our selection will give you a glimpse of the significant contributions Peru has made.

We'll start with a celebrated academic who is currently a professor at Stanford University in California. What's his claim to fame? For starters, this Peru native put his homeland on the map in the field of genetics. He became a Ph.D. in 2001 with a doctorate from Harvard University in Biology. He also received a Master of Science in Statistics at the same time. For the next several years, he was a member of the Cornell University educational faculty.

That tenure lasted until 2009 -- and the following year, he became a MacArthur Fellow. He has since been among the most respected members of the Stanford faculty. He's a professor in the departments of biomedical data science and genetics. The university also extends the courtesy of including him among its biology professors. That certainly sounds like a lot. But Bustamante keeps expanding his areas of expertise. He is deeply involved in business ventures and has helped build new disciplines at the university. One of the departments he has helped lead is the Center for Computational, Evolutionary, and Human Genomics. Another is the Department of Biomedical Data Science.

In the entertainment realm, few of the famous people from Peru shine brighter than Henry Ian Cusick. Fans of the cult television series "Lost" certainly recognize his face. He portrayed the central character of Desmond. Of course, he didn't live in Peru long after he was born in Trujillo. He left that birthplace on the nation's north coast at the age of 2 years old and moved around a lot.

His family moved from Spain to Scotland in the years that followed. Then he went to Trinidad and Tobago for a while before returning to Scotland. His mother is of Peruvian descent while his father is Scottish. He's still a famous face among those hailing Peru as a birthplace. In addition to his many appearances on "Lost," you might have seen him in a range of other roles. Cusick's credits include the shows "Scandal" and "24" along with the motion picture "Hitman."

Music is another big area of influence for many countries -- and Peru is no exception. Dating back to young childhood, this drummer has developed a style all his own. His dominating addition to regional music dates back to the 1960s. His work with Perez Prado -- the King of the Mambo -- helped put him on the musical map.

From there, he traveled the world and played alongside some of the biggest names to ever perform. Setting the proper beat for anybody he backed up, Acuna added his smooth flavor to some unforgettable sets. Maybe you've seen him play behind Elvis Presley and The Beatles' Paul McCartney. In addition to rock, he performed with soul superstars like Diana Ross and Ella Fitzgerald. Then there was his eclectic work with bands like U2 and the legendary guitarist Carlos Santana. He also played with legends of R&B and immortal acts like Whitney Houston. Whoever he was playing for, however, performed to his beat. And he plays with a dominance that resonates beyond any genre or style.

Some of the famous people from Peru left their mark far outside of their home country. But we don't know of any who took that mission further than Carlos I. Noriega. He is best known for his extraterrestrial work as an astronaut. He used to work for NASA and has contributed greatly to the study of the known universe.

Sure, he grew up in California. But he was born in Lima, Peru, in 1959 and remained there with his family until he turned five years old. And it's true that he made his biggest mark with NASA, an American agency. Even as a U.S. citizen, though, he brings a lot of attention to his birthplace. When kids in Peru and far beyond look up into the sky, they can think of Noriega and others who explore the unknown.

Peru has also made its mark in the world of beauty pageants. On the largest scale possible, Maria Julia Mantilla made her native country proud. She began locally, winning the Miss La Libertad contest. From there, she went on to become Miss Peru.

It was in 2004 that she really made her international debut, though. She competed in the Miss World pageant that year and showcased her obvious talents. A combination of votes by phone and internet put her out front. She received the crown of Miss World that year, earning worldwide acclaim and media exposure. In addition to her modeling work, Mantilla is also an accomplished actress and an influence in other ways.

You've got to eat. And Peru is a great place to get a bite of just about anything you crave. And if you truly want the best in the nation's tasty traditional cuisine, you want Gaston Acurio. His name rings plenty of bells in culinary circles around the world. And within Peru, he is known as a superstar chef.

He shines a masterful light on the foods and local flavors of his homeland. But he also brings that flavor to faithful fans across the globe. Sure, you can find his incredible dishes at a restaurant in Lima, Peru. But you can also enjoy it in New York, California, Panama, and Sao Paulo, Brazil.

Another actor on our list is making more and more headlines with her work in front of the camera. Maybe you've seen her in her first big screen hit. The Spanish film La Teta Asustada also earned recognition in English as The Milk of Sorrow. That film earned widespread acclaim, including an Academy Award nod.

It was nominated under the category of best foreign films. And she continues to work steadily, getting more exposure with every well acted role. Look for Claudia Llosa's name in the credits of future films and other productions. As her fans in Peru and beyond will attest, she's a great actor with plenty of success ahead of her.

Sports are also very popular in this country. And some of its sporting heroes are among the most famous people from Peru. Soccer, water sports and much more are among the most popular. And we'll end with a living legend in the surfing scene. Sofia Mulanovich was born in Lima and has since gained international acclaim riding waves around the world.

It was back in 2004 that she earned the honor of becoming champion of the World Open. Three years later, her hard work and dedication paid off when she received a spot in the Surfers' Hall of Fame. Maybe it was destined that she'd hit the waves on a board. She grew up in Punta Hermosa, which is among Peru's most popular surfing spot. But no one could have known in those early years how far she would take the sport -- and her birth country.

The most famous people from Peru range in discipline and reason for their celeb status.

But they all share the singular characteristic that something they do attracts a lot of attention. That is great for spotlighting whatever realm they are in and for promoting their own work. And it also serves to bring us back to Peru, perhaps going on to learn something else about this fascinating country.

We hope our guide has helped introduce you to some notable famous people from Peru. If so, share this article with the international culture aficionados you know. And leave us a comment below if you have any final thoughts or questions.