Thanks to the Hubble Telescope, launched into low-Earth orbit by NASA in 1990, we can behold the majesty of our universe.

For almost 30 years, the Hubble Telescope has helped astronomers do breath-taking science. But, perhaps more importantly for you and me, it also sends back breath-taking images of the cosmos. Well, the Hubble is still going strong and one of its most recent images shows one of the most mind-boggling things yet. A single image, though made from many, many passes with Hubble’s lens, shows a stunning 15,000 galaxies.

What is the Hubble Telescope?

The Hubble Telescope hit low-Earth orbit in 1990, but the idea for the extraterrestrial observatory dates back all the way to 1923. Scientist Hermann Oberth speculated in a scientific journal that it would be possible to launch a telescope into Earth’s orbit. Thus, unencumbered by the atmosphere, we’d get our clearest images ever of space.

The first planning committee for what would become the Hubble Telescope began in 1970. Twenty years later, the telescope launched. It would have been an amazing moment of triumph, but it didn’t work. The images were blurry, and the whole project seemed like a colossal waste of time, resources, and energy. 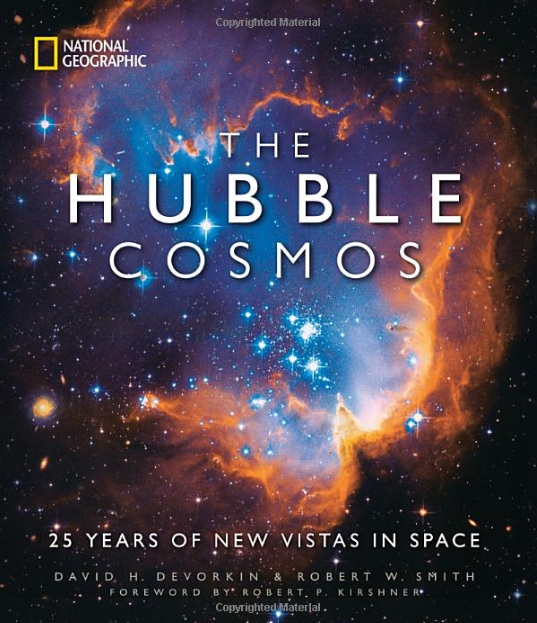 But, NASA wasn’t ready to give up yet. The images, blurry though they were, still provided much clearer detail than images from Earth-based observatories. Eventually, scientists determined that the mirror — the most precise optical mirror produced to date — was too flat by 2,200 nanometers. A small amount, but enough to be catastrophic.

The Hubble did send back some lovely images and was able to facilitate scientific study of objects less in need of precision. They couldn’t fix the optical components of the telescope, so NASA designed deliberately flawed instruments. These flaws served to correct the distortion in the mirror, just like glasses do for the human eye. Since 2002, the Hubble Telescope has sent back clear, amazing images that reveal just how much brilliance is out there in the black.

The Hubble Telescope is very powerful, but did you know it’s so powerful that you can see back in time? To be clear, Hubble is not itself a time-traveler, but rather the light it captures is light from bygone eras sent long before life emerged on Earth. Light, like anything else in the universe, has to travel through spacetime to get anywhere. The speed of light is the fastest anything can travel, so much so that distance in space is measured in light-years. So, when the Hubble takes pictures of galaxies and other stellar phenomena that are billions of light years away, that means the light we’re seeing started it’s journey that long ago. In fact, it’s possible that the stars we see in the sky each night are, in actuality, no longer shining. But they are so far away that we’ve not see them go yet.

Still, this allows scientists to learn and study about the beginnings of the universe and how galaxies form. Thanks to the Hubble Telescope we know the speed at which the universe is expanding, we got the first evidence of extrasolar planets, and we learned how high-gravity objects bend light. What’s amazing is that even though the Hubble has had its troubles over the decades, it can possibly still function into the 2040s. We might only be halfway through this amazing device’s lifespan. And that means that we’ll get a lot more amazing images of space in the future.

This image represents one of the largest undertakings by the Hubble team since the telescope launched into space. This image was constructed using Hubble and data from other, ground-based, telescopes. Hubble can access a number of different wavelengths of light, especially visible and UV spectrums. This image was created by combing all that data into a comprehensive image scientists can use to study galaxy formation. Hubble’s ability to pick up the UV light spectrum without the interference of the atmosphere of Earth was crucial to this effort.

The UV light reception is so important because many early-forming galaxies aren’t bright enough to be seen via traditional methods. “By combining this ultraviolet data with other wavelengths, scientists can create images so comprehensive that the researchers can study 12,000 different star-forming galaxies as they evolve over about 11 billion years,” Space.com reports. This is just the first of a series, as researchers will need multiple images over time to effectively study these nascent galaxies. And when the James Webb Space Telescope hits the black in 2021, it will be able to partner with Hubble to captures images of things we can’t even imagine.

What’s Next for the Hubble Telescope?

As mentioned above, the Hubble Telescope has been routinely serviced during space missions over the past 20 years. However, with the termination of the U.S. Space Shuttle program, servicing it any further is difficult. With luck, the Hubble Telescope will be operational for another ten or 20 years. It may even have a longer life than that. The current U.S. administration is considering contracting Sierra Nevada Corporation to launch a manned mission to service the telescope in 2020. If it is a success, astronauts could conceivably service both the Hubble and James Webb telescopes for a long time to come.

Still, even if the Hubble Telescope slipped from its orbit and fell, burning, into the ocean, it would have been a resounding success. We’ve gotten such great information from it that we have an understanding of our universe that wouldn’t be possible without it. Not only that, we’ve gotten some stunning images that belong in museums or on the wall of your home, not just science journals.

What do you think? Share your thoughts, reactions, and favorite Hubble images in the comments below. Remember to share the article online so your friends can get in on the conversation.

Related Article: Travel Through the Twilight Zone to the First Luxury Space Hotel