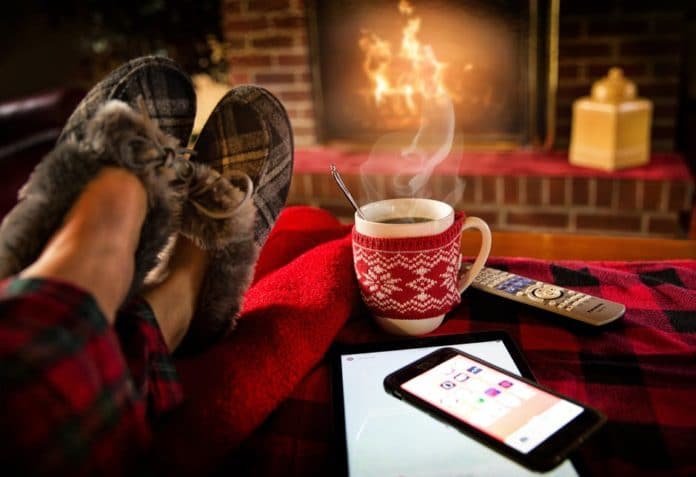 Amazing food pics are easy to drool over on social media. But it’s tough to prepare a fantastic lip-smacking dish every time at home.

If you ever wondered how luxury food shows manage to prepare such lovely, tempting and eye-popping dishes every time, you are not alone. Most viewers are inspired by merely watching the variety of dishes that come out of the professional kitchen. And it’s not just the food, but the presentation, innovation, and pressure under which professional chefs deliver and make you salivate.

If you ever wanted to replicate such a feat at home, it appears complicated. Even more so if you quite like eating such food but don’t have the time. So, if you want to whip up some easy dishes within a matter of minutes, we give you a list of some of the most famous TV shows that not only have a following but are famous for their quick and easy luxurious dishes. 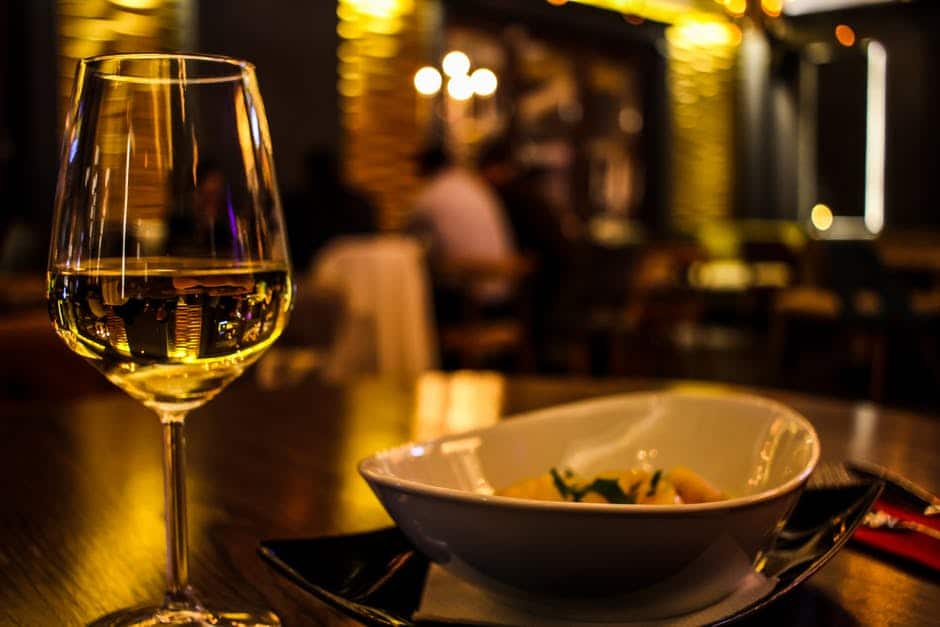 While there are many luxury food shows on television, there are a few that make you want it again and again. While some are focused on giving you authentic home-style cooking, others are about suggesting budget-friendly meals for a sumptuous dinner. Check out our list of some of the best luxury food shows you can’t miss.

It might sound like a scary title for a kitchen show, but the show goes beyond reflecting Gordon Ramsey’s personality. If you are in business or are currently having dreams of setting up your restaurant, there is a lot to learn from this show. From understanding why business is failing, to identifying ways to get it up and going, Ramsey speaks as it should be said.

While not all might want to agree with the way it reflects on the participants, there is a lot of truth in how restaurants can learn why certain things don’t click with the customers even after having a decent interior or at times good food. This English speaking show ran for seven seasons and had a fan following among its viewers. So, if you are a new chef with aspirations to know how the industry functions, you know which show should be top on your bucket list.

Another one of the best luxury food shows that made a rapid rise to the top was Anthony Bourdain’s Parts Unknown. This series traces the food and travel journey of  Bourdain as he travels and experiences the local culture of lesser known places in the world. And what makes it more popular are the accolades -- including ten Primetime Emmy Awards out of 29 nominations.

A glance at the number of places he has visited shows that there is a lot to learn from this luxury food show that spans Africa, Asia Pacific, Europe, the Middle East, North America, and South America. With twelve seasons to go through, you’re going to have a great weekend binge-watching. And it’s not just the food, but its influence on other aspects like economy, travel, and the region that’s interesting to note.

The reason why Iron Chef of America became a cult is the few elements that have clicked with the audience. And prominent among them are the celebrity chefs, the secret ingredients that keep the participants on their toes, and the competition that the renowned chefs have with the cooks. Because each of the participating chefs has a different specialty, it makes the show exciting and an eye-opener for budding chefs.

Led by Alton Brown, who serves as the commentator, and Mark Dacascos as the Chairman, the show keeps you intrigued on the outcome until the end. With 205 episodes of competitive cooking, there is a lot to watch with your group of family and friends.

The reality cooking show is one of the best luxury food shows to feature on tv. With more than 12 years in the running, you know there’s something special about the show to have such a long run. Of course, the format makes it a delight to watch. Based on elimination, the contestants are pitted against each other.

The contestants focus on a theme that relates to the host city. And as the competition progresses, each contestant must prove their place or get eliminated. What makes it interesting is that the difficulty level increases with each stage, making it challenging for the contestants and worth watching for the viewers.

It is one of the luxury food shows that needs no introductions.  With the 12th season running, it covers a range of topics that touch upon food, health, tips and tricks to choose the best and healthiest food. You'll also find discussions with popular entertainment and media influencers.

If you are in the food industry, then this is a goldmine of information to check what’s trending and the impact of food and culture on people. Besides, if you are waiting to gauge the effect of the economy on the food industry, this gives you a fair idea on how influencers perceive the changing trends and what has been the primary concern or habits of people over the years. 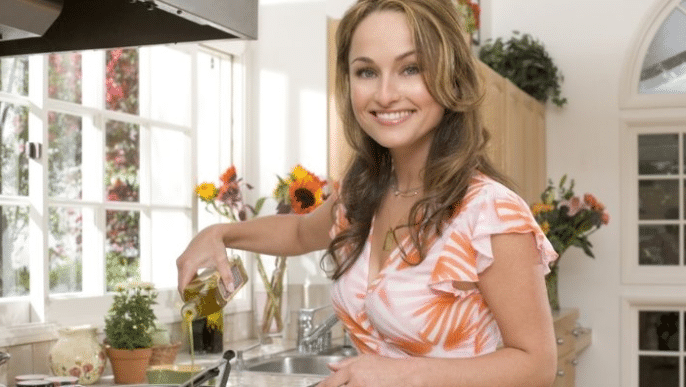 Every home cook aspires to make it big in the culinary world. It might have been a dream decades ago. But with some exciting shows, you know it is now a reality. One chef who fuels the desire of many home cook is Chef Giada De Laurentiis. With her roots from Italy and America, she brings simple and easy recipes on her show that are perfect for a home party, everyday meal, or a special occasion.

Her authentic feel is amplified when the guests come with their family members to explore dishes in the kitchen. And with the success of the shows, there are also cookbooks that beautifully narrate the food stories and recipes for the readers.

Paula Deen’s Home Cooking show has the familiar feel of Southern cooking. Without stressing on excessive fat or calorie intact, the show is about every day cooking that makes you feel cozy and comfortable at home. With familiar dishes like okra and pot roast, the effort has been to keep it simple without any fuss.

If the Southern cuisine appeals to you, then you cannot miss watching Paula Deen’s show. With as many as 129 episodes, it's a must attend with the family.

If you have a food blog and are looking to break into the big league, then The Pioneer Woman is an apt example. From moving from Chicago to a cattle ranch after marriage, The Pioneer Woman has grown immensely like her blog. Her blog started as a series of her home cooking recipes which became immensely popular.

And it is this popularity that made her transition from the web to television. One of the most popular luxury food shows, The Pioneer Woman is an inspiration to many women to make the best of their skills. 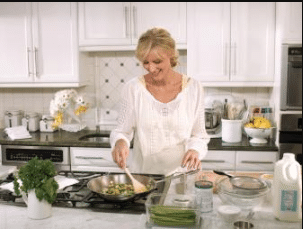 The three key factors that are seen in Sandra’s Money Saving Meals are accessibility, aspirations, and affordability. Sandra’s home-cooked meals are for everyone on a budget. With simple and easy to make meals planned for the entire week, you know you can provide your family and friends with some delicious meals in a short time and within your budget.

And because the meals are focused on everyday ingredients, you don’t have to go to the market searching for unique elements that are heavy on the budget. She not only prepares budget-friendly meals, but also gives you tips on efficient shopping on a budget for proper pantry stocking. 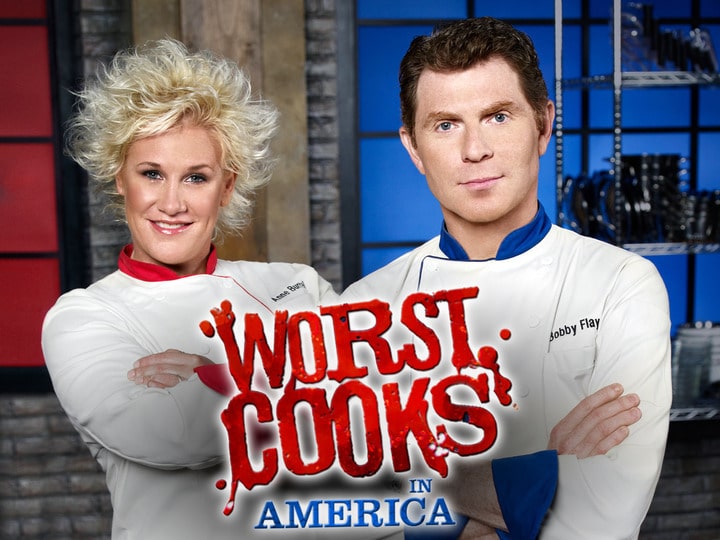 It’s not often that the worst cooks get a chance to revive their cooking. And, most often they do not understand the spotlight. But with the Worst Cooks in America, there is hope for those who are not so good at cooking but would love to get trained to improve.

What makes the show unique is that it gives the cooks a chance to be mentored by a trained chef and be a part of their team, namely the blue and red outfit. After being trained in all types of cooking, the cooks compete to win the cash prize of $25,000.

Like its name suggests, the 5 Ingredient Fix delivers just that -- five ingredients that help cook a lovely meal. Claire Robinson is the host and makes mouthwatering dishes all within budget and a fantastic taste. One of the best luxury food tv shows, it is apt for people looking to change their menu with little ingredients yet with excellent flavor.

And another advantage of this ingredient mix is that you don’t need to spend a lot of time and resources to cook a great meal in less time. So, check out this series and be ready to go to the supermarket and cook a meal in little time as possible.

This 23 episode show of The Taste covers the reality competition series with judges who choose their cooks in a blind tasting. Once selected, the cooks get chosen to be a part of the team and get mentored. After that, there are individual and group challenges that slowly eliminate people.

The winner of the best team challenge receives immunity, whereas only challenge losers get eliminated. The mentors of the program include the late Anthony Bourdain, Nigella Lawson, Ludo Lefebvre, and Brian Malarkey. Each of these retrieved the best of the cooks in a bid to outperform other contestants and be the winner.

Each of these luxury food shows has been created to discover and present some of the best recipes you can make as a home cook.

We hope you enjoy these luxury food shows and can whip out some best dishes to share with your family and friends. Have you watched any of these shows? Share it with us in the comments!

Related Article: ​​The Most Expensive Tequila to Keep Stocked in Your Home Bar Right Now