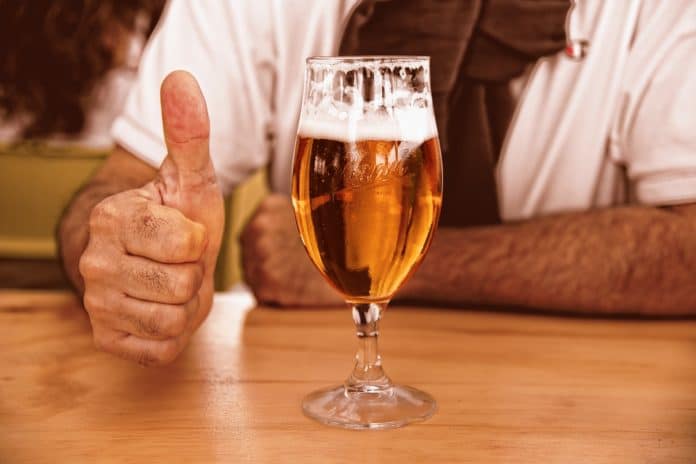 Spending a bit extra on premium wines and spirits is a longstanding tradition of luxury living.

But when you're stocking your home bar, don't forget about the most expensive beer. The premium price reflects something very special about each brew. In some varieties, it's a higher alcohol content. Others boast a unique brewing or aging method. Then there are a few that just offer something altogether novel.

Whatever your motivation is for cracking open a bottle of high priced beer, we'll give you some great examples. And sure, there are a few highly limited bottles that have gone for exorbitant prices at auction or through retail. But those have long been sold and aren't likely to be back on the market any time soon. So we're limiting this list to the most expensive beer you might actually be able to find.

The next time you pull the tab on your favorite brew, think about some of the beer brands below. One sip might cost as much as a whole case of your typical suds. But the experience and taste of these pricey products will last a lot longer than a beer buzz.

The Most Expensive Beer You Can Actually Try

Beer has long been associated with the working class. Men and women crack open a brew after a long day or to enjoy with a slice of pizza. But what if you want something with a little -- or a lot -- more luxury? As it turns out, breweries large and small have you covered.

There are a wide range of small batch labels with a steeper price tag than you might expect. But beneath the surface lies a truly special mix of hops and barley. These aren't your typical bottles and cans. Instead, unique ingredients and specialized methods combine for a once in a lifetime experience.

If you've experienced the finest dining, you might be familiar with truffles. This delicacy is not only rich and flavorful, it's also very rare. That makes it extremely expensive, so just a bit of shaved truffles on top of a dish adds up. What happens if you add that same luxurious ingredients to a bottle of pilsner? You'll get Moody Tongue's entry in our list of the most expensive beer.

The brewery's founder set out to add one of the most expensive types of truffles to his brew in 2014. These are Australian black truffles and they're among the costliest on earth. You'd usually pair this earthy flavor with pasta, fish or some other savory meal. There were 500 bottles available at the time. Each one cost about $120 for 22 ounces of the foamy stuff. Sure, that's a lot to pay for a bottle of beer. But if you're they type of connoisseur who must try truffles on everything, you'll want to add this one to the list.

And it's clear that the purpose of sipping this brew isn't to get drunk. With just five percent alcohol by volume, it's about the same as your standard beer. But that's where the similarities end. The brew master behind this unorthodox concoction described it as a new way to enjoy the taste of truffles. And whether it's the best tasting beer in the world might not be as important as the bragging rights. It's a treat just to say you had shaved black truffles on your spaghetti. Drinking them in your beer? That's an experience very few have ever shared.

Here's another smaller brewery you might not be too familiar with. But for a growing number of fans, Three Floyds is a leader in creating tasty and refreshing craft beers. It's unique methods of brewing have also led to some serious premiums being added to the cost. And one of the most expensive beer labels its produces is called Dark Lord.

The brewery is in Indiana, but this recipe is all about an international experience. It is crafted from a Russian imperial stout combined with sugar from India and vanilla from Mexico. And there is a hint of coffee combined in the process for another unique flavor. The final result is a complex brew with a whopping 15 percent alcohol.

Dark Lord stout on its own isn't incredibly pricey. You can get a 22 ounce bottle for about $15. But if you want the truly exclusive barrel aged version, it will cost even more. Prepare to plop down about $50 for the same sized bottle. But chances are you'll immediately notice a big difference. Aside from unique packaging, the beer itself is aged in special barrels. Each year, the brewery picks a different type of aging process, meaning no two batches will be the same. And that exclusivity, along with the special aroma and flavor, is enough to warrant a premium price.

Now we'll get to a beer brand that is more of a household name. But you won't confuse the Utopias label with a typical bottle of Samuel Adams. Instead, this unique brew was crafted to raise the bar on small batch beers. And we think it provides one of the richest flavors of any of the most expensive beer brands.

You might be familiar with the wide range of brews currently available from the Boston based brewery. But the Utopias label stands out for a couple of important reasons. First of all, it has a much higher alcohol content than your typical Sam Adams. And that leads us to the second detail: the price.

Of course you probably expected that since you're reading through a list of the most expensive beer. But it might surprise you that this particular ale goes for nearly $200 a bottle. Sure, you can get a lot of Boston lager for that sum. But you won't get the experience of having just one of the less than 15,000 released in each batch. Best of all, this is a really delicious beer. Unlike some specialty brews, this is one you'll probably want to drink just for the taste of it.

If you want an international flavor, Japanese brewery Sapporo Breweries Ltd. is a great choice. But what if you want something from even further away? As it turns out, Sapporo also has you covered there. About a decade ago, the company began a new blend that is literally out of this world.

The malt used to make this unique blend is made from barley that actually flew through space. It was produced in impossibly small batches, though, and only 250 bottles were sold in 2009. Since it's such a collector's item, you might have some luck tracking one down. But it will definitely cost you a pretty penny.

During the first lottery and sale, Sapporo donated a portion of the proceeds to charity. But the premium price is understandable in any case. It's not every day you can get your hands on something that has been on a space flight. And it's even rarer that you get to enjoy it as a cold brew. The barley was grown especially for the brewery and stayed in space for several months in 2006. It was designed as a self sustained crop and has been marketed as "space barley" in connection with this brew. So whether you love space, love beer, or both -- it might just be worth the investment.

There are many reasons beer lovers will spend a princely sum for an impressive bottle. But perhaps the best excuse is because the beer you're buying absolutely embodies luxury. And that is exactly the claim to fame of our next entry among the most expensive beer brands.

Crown Ambassador Reserve is unique in its ability to bring opulence to the humble blend of hops and barley. Spirits and wines have high end options with similarly high end prices. So why should beer be any different? It doesn't have to be if you shell out the cash needed for a bottle of this special brew.

The taste is rooted in a long process that extends past the brewing itself. After it is bottled, the beer rests for half a year to fully develop the unique aroma and bouquet. And you can keep it for as long as a decade until the time is just right. Enjoy it by itself to fully appreciate the rich body and full flavor. But it also pairs perfectly with a variety of foods. Try a mug with grilled wild game, pungent cheeses or a full bodied dessert.

Is your idea of a great beer some sort of small batch IPA? If so, Sink the Bismarck might be just what you're looking for. But be warned, this is not your ordinary bottle of beer. For starters, it's one of the most expensive beer labels available in the marketplace.

But that premium price is warranted with an array of interesting qualities. Most notably, you'll find it has an incredibly high alcohol content by volume. With a whopping 41 percent, you're sure to feel the effects of this beer like few others you can buy.

That's not to say the taste is unpalatable, though. In fact, BrewDog brewery does a great job of making this a tasty brew. The beer is hopped in a kettle before it is dry hopped and freeze hopped. All of that processing leaves it with a flavor that combines fruitiness and spice for a full flavor. Pick out hints of honey and malt as you sip this strong and exceedingly rare bottle. The brewery has always tried to push the envelope when it comes to creating new blends. And nowhere is that commitment more obvious than in a bottle of Sink the Bismarck.

Sometimes a bottle of beer is so much more than a refreshing alcoholic beverage.

It can be a collector's item, conversation piece or even an investment. But in the end, it's probably more about the taste and experience of drinking it. And that's what make the most expensive beer on earth so special.

We hope you've enjoyed our review. If so, share this article with the beer fans in your life. And leave us a comment below if you have any final thoughts or questions.