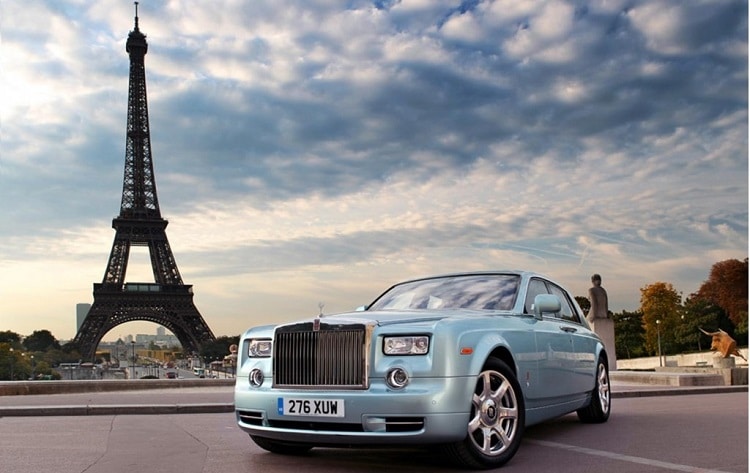 Electric vehicles can cut the cost of car ownership and slash the fuel bills tremendously. Moreover, they contribute to a cleaner environment. All this is achieved while raising the bar for luxury, each year electric cars looking more like something out of a Bond movie than an environmentally-friendly transportation vehicle. For most people, these are the main benefits of electric-car ownership.

Since an electric car comes with more responsibility than a gas-operated vehicle, most owners prefer to pay top dollar for a good product. In this article we will be looking at the top 12 most expensive electric cars that hit the market in 2018.

The cars are ranked from the least expensive to the most expensive electric cars this year.

Out of the 12 most expensive electric cars of 2018, the iPerformance BMW 330e 2018 is among the most affordable. The engineers at BMW have integrated the best qualities of the 3 Series, the 330e driving as a veritable 3 Series vehicle. Moreover, it comes with three propulsion options, a feat that only BMW could pull.

The 330e provides fifteen miles of driving electrically from its 4-cylinder inline engine with a 2.0-liter Twin Power Turbo included in the hybrid drivetrain plug-in. In just 5.9 seconds, this car can go from zero to sixty, which may make you forget that what you are driving is an environmentally-friendly car of the future and not one of the most expensive electric cars of the year.

If you are on the hunt for a luxury electric car with the tremendous capacity for cargo plus the ability to tackle road and weather conditions, this is the one for you. The 2018 X5 xDrive40e fits the bill regarding performance. There are a total of 308hp on the plug-in hybrid drivetrain with a 4-cylinder Twin Power Turbo inline 2.0-liter engine. This car can go from zero to sixty in 6.5 seconds. Behind the seats on the second row there is cargo space amounting to 34.3 cubic feet.

The 2018 all-wheel XC90 Volvo PHEV Excellence is one of the most expensive electric cars this year. This SUV is offered with a hybrid drivetrain plug-in. Belong to the exclusive club of owners able to enjoy the lush seats that include massage, ventilation, and heating for four. The upholstery is leather exquisitely perforated with exceptional ergonomics. Even more, the area for rear seats features touch screen controls and a refrigerator. This car uses a turbocharged, supercharged 4-cylinder engine of 2.0 liters in its plug-in hybrid drivetrain.

You can walk into the showroom and buy the Tesla Model X P100 D, unlike so many of the other electric cars. This SUV Model X can hands-down win your heart more than any Lamborghini or Ferrari can. There is no contest. This sports car has seven seats and is equipped with a Ludicrous pack.

You get quite a bargain for the performance this car gives you. You might even forget it is an electric car. Thanks to the seventeen-inch touchscreen, the interior looks like a quantum leap upwards for the world of cars. The cool falcon doors work properly every time thanks to the system of Autopilot that even helps you with your driving. In 2.9 seconds, this car hits sixty miles per hour. It comes with a range of 289 miles and is insanely fast, even for its 5400lb weight. Seriously, what more can you ask for in one of the most expensive electric cars? Not much else, indeed.

People will love the touch of flair that comes built into this car. This seriously expensive car has verve and a splash of color on the inside, aero carbon-fiber add-ons and a seriously gorgeous set of wheels.

The car has a torque of 713.lb/ft and a 4-wheel drive system. It can go from zero to sixty in 2.8 seconds flat. In other words, it may look like a regular sedan, but it is so much more than that. Some people feel it looks too basic for what it can do. No matter how you feel about it, you will want this one, which happens to be one of the most expensive electric cars this year. However, this little pricy detail didn’t stop 275,000 individuals from ordering it in the first three days it hit the market.

The eRuf Model A is the same car you have chosen time and time again on Gran Turismo. It is also that 1980s iconic Yellowbird everyone fondly remembers. This German-made car looks just like a Porsche and can even be considered as the electric version of the 911 Porsche.

Before Tesla was even a thing, Alois Ruf was already into saving the environment. It was all the way back in 2008 that this concept car hit the streets and Ruf wanted the core of his business to be cars with zero emissions. Even with this in mind, his venture into the electric car business had minimal emissions and could hit 60 miles per hour on one charge.

Lightning GT is made by a British company and has created an all-electric supercar that evolved from its diesel version. There are two Lithium-Titanate 22kWh battery packs that can recharge in a mere 10 minutes. The car can be charged fully for five hours, and there is a charger onboard. When it comes to buying the most expensive electric cars, this one is worth its weight in gold.

Get one of the world’s fastest and most expensive electric cars legally allowed on the streets only by Genovation GXE. At Cape Canaveral’s Space Shuttle Facility, this car has hit a verifiable 295.6 miles per hour. In other words, this is the car with all the points needed to brag. With 250kW in each motor, the GXE has not one but two at their disposal. This means it has torque amounting to 602lb/ft or a 660bhp equivalent. Despite the extra weight, this car has a rear-wheel drive. Apparently, the makers were set on the fact that electric or not; this car was going to be a proper sports car. To prove its handling chops, the car was taken to Germany’s Nurburgring. The rear/front distribution of weight is fifty-fifty. Under regular conditions, the GXE gives you a range of 130 miles.

This car looks like it has resulted from a talented child’s gifted visualization. Behind the scenes, there is a buzz going around about this car, and for a good reason. Jia Yueting, the obscenely wealthy owner of this electric car, is known as the Steve Jobs of China.

With over $15billion in company holdings, he has set his sights on becoming the Elon Musk of China, starting with this car. Richard Kim is the designer, and he was the man behind the i8 and the i3 of BMW. This car produces up to 783kW of power or 1050HP, and you can be sure movie stars and footballers are going to fall all over themselves trying to get one of these.

At the moment, enthusiasts can only enjoy this beauty at motor shows, mass production being scheduled for 2019. However, it’s a good time to start saving up for the ultimate, most luxurious BMW experience.

The 103 EX by Rolls Royce has already been revealed. This car is a motoring dream of the future. You are looking at the future of the most luxurious car maker in the world. Electric power plus traditional craftsmanship makes this car hard to beat. A battery pack has been swapped for the petrol V12 engine, and it has a 124-mile range and 290kW. No massive performance is needed since it is, after all, already a Rolls-Royce.

The Rimac Concept One may cost a cool million and is considered a top-of-the-line, state-of-the-art masterpiece. This work of art blew the La Ferrari recently off the dragstrip.

The basics are perfect, the carbon fiber muscular lines are elegant and the paradise within is a touchscreen-led high-tech interior.

People in the know feel that the only ones that can beat the Rimac at the moment are its own company. This car hits sixty miles per hour in 2.8 seconds and 6.2s hits 125 mph. Compared to any other electric car on the road, this one stands head and shoulders above the rest. It is faster than anything you can think of, seriously.

It isn’t really about overpriced ornaments or window dressing. As a matter, some would say that the way this car was made makes it the planet’s best hypercar.

The reason for this is that it comes with a 1088bhp electrical equivalent and each wheel has its separate motor. This means that it can do more than a car with 4-wheel drive. It is torque-vectoring on all four wheels, and you can use computers onboard the Rimac One that you can tweak to make the car 4-wheel drift, understeer or oversteer. For geeky technicians, this quality alone is worth more than a million, making it the top-ranking choice among most expensive electric cars in the world.

People love advertising that they have the cash to spare and what better way to do this than to purchase the most expensive electric car that money can buy. After all, designer labels will always be a thing, and that goes for cars as well. The moment electric cars hit the road, you immediately know that some people were going to make their grander, plusher, faster, and plated with gold if at all possible. What are your thoughts? Comment below and share this list!