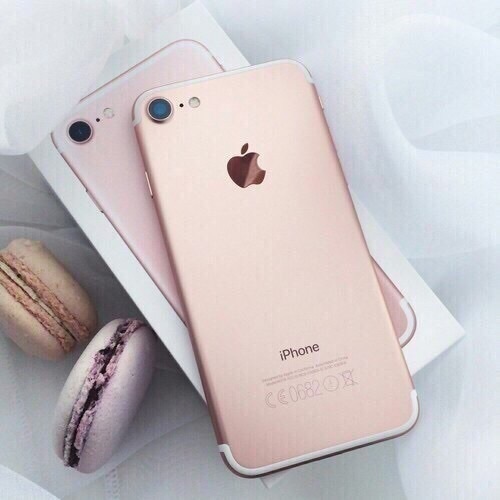 If you’ve kept close attention to the Internet news for the past couple of years, surely you heard about the revolutionizing sapphire glass. Yes, Gorilla Glass might be up to the challenge that comes with owning a smartphone, but can sapphire glass give it some competition?

What exactly is sapphire glass and why are phone manufacturers and customers so excited about it? According to some 2014 reports, Apple was planning to purchase enough sapphire crystal furnaces to produce 200 million five-inch iPhone displays. Even though the speculations held some truth in them the iPhone 6 did not sport sapphire displays.

However, as you will see in the video below, the Internet was right to believe Apple was ready to introduce the sapphire glass displays. After surviving all kinds of torture, many believed that even though the display in the video isn’t an iPhone screen, nothing but sapphire glass could withstand the abuse.

While you might find it hard to believe your eyes—how can the screen survive all that?—those familiar with sapphire glass are not surprised. Even though the name makes us think of expensive jewelry, sapphire is actually a super-material, one that we would welcome wholeheartedly to our phones.

Sapphire is so much more than a gemstone. It’s a fully transparent crystal that occurs in some interesting hues—yellow, green, purple, orange, or red—in its natural form. A red sapphire, for example, is known as ruby, but blue sapphires are more common. They frequently appear on rings, earrings, and crowns.

But beyond all the shiny fluff, sapphire is an optically transparent crystal that falls in the same category as diamond or glass. You shouldn’t be worried about your phone screen adopting the aforementioned hues. Those are just the impurities within the crystals; once removed, you’re left with a clear crystal, similar to the glass in your windows.

Seeing that pure sapphire can be hard to find, we’re lucky that Auguste Verneuil, a French chemist, created the first synthetic sapphire in 1902. Ever since then, the material has been typically used for more practical applications, including the glass covers of some watches.

Synthetic sapphire is generally the result of applying incredibly high pressure and heat to aluminum oxide powder. After all, sapphire is just a compound of oxygen and aluminum. After being heat-treated to remove the weak internal stresses, synthetic sapphire is processed into sheets, referred to as sapphire glass. This is what ends up on your smartphones screen.

Check out the video below to have a better understanding on how sapphire glass is produced.

So why should a sheet of sapphire glass feature on the front of your phone? Well, first, let us put your worries of purple tinges at bay. Sapphire glass is highly transparent, which makes it able to pass the first and most and important screen test: there’s nothing standing in the way of your eyes seeing through it.

And that’s not even the best part. The real magic of sapphire glass lies in its hardness. While it’s nearly twice as hard as standard glass, it’s also nearly as hard as diamond. This translates into something every smartphone owner dreams of: A screen impossible to scratch. Keys, credit cards or any other sharp objects that might be in the same pocket as your phone have no power over it.

Moreover, the sapphire glass is not just hard; it’s also strong. It’s no surprise, then, that manufacturers are increasingly using it for applications where optical transparency, scratch-resistance, and high strength are mandatory.

If you want to get a better understanding, do a bit of research on bullet-proof glass, shatter-resistant windows for armored vehicles, and visors in military armor suits. But sapphire glass is also used in mundane applications, like optical windows for high-risk environments, such as banks.

Even those little glass windows at checkouts that cover barcode readers are sometimes made of sapphire glass. They ensure the functioning of the device is not rendered useless by heavy scratching, which often happens with normal glass.

Let’s review what we know so far: Sapphire glass is stronger than steel, tougher than Gorilla Glass, and completely transparent? All of that sounds compelling enough for all smartphone manufacturers to start using it. So why don’t we find it everywhere? Because it’s awfully expensive.

The high price is primarily given by the costly manufacturing process. As you could see in the video above, the first phase of the process produces a big block of sapphire – a boule – which is then sliced into thin sheets with a diamond saw or laser.

With the current technology, it costs an estimated ten times as much to produce sapphire glass as Gorilla Glass. Even if that’s an aggressive estimate, even five times is still too expensive.

At the same time, sapphire glass weighs in at 67% heavier than Gorilla Glass – densities of 3.98 grams/cm3 and 2.54 g/cm3, respectively. It means that if sapphire glass should match Gorilla glass gram-for-gram, it would have to be much thinner. Even though we welcome lighter smartphones, a thinner sheet of sapphire glass is more vulnerable to breaking.

In theory, the fracture toughness of sapphire is some four times greater than Gorilla Glass. However, Corning has tested it and it found that it could be more brittle. In other words, sapphire glass may be more scratch-resistant, but it’s not exactly more shatter-resistant than Gorilla Glass.

Some recent reports claim that the demand for sapphire among smartphone makers will surely increase over the next few years. However, Corning – the maker of Gorilla Glass – should not worry, because sapphire won’t be used in displays. Following Apple’s lead, LG has already started to use sapphire for its camera lens. Soon, other companies will follow suit.

But what if sapphire glass does gain some traction as a substitute for Gorilla Glass – what would that mean? We are all familiar with the fear-induced burst of nausea that comes with dropping your smartphone face-down on the ground. As you reach for it, you mentally brace yourself for the terrible sight of a shattered screen.

Most of us would consider themselves lucky to see just a couple of new scratches. However, according to the latest tests, scratches actually make the glass more likely to break the next time the phone slips from your hand.

We would be so much better off, should sapphire glass eventually become incorporated into our phones. You’ll end up with a phone that withstands scuffs and scratches way better than before. On the other hand, smartphone owners will have only to gain from the increased competition among glass screen manufacturers.

But until then, here is a list of other items that use sapphire glass that you can buy right now.

This screen protector is what you need if you are worried you might scratch your brand new Apple iPhone 7 (also suitable for iPhone 6s, iPhone 6). Employing the latest technological materials and breakthroughs, Sapphire Defense is a hybrid glass screen protector with a pretty good record of shatter, scratch, and smudge protection.

Thanks to the 7X advanced technology, the screen absorbs impact for drop and impact protection. The screen is made of sapphire crystals to provide unmatched scratch protection with a smooth finish. At the same time, smart molecules remember the original shape of the screen to remove any potential surface scratches. The materials were tested and selected to offer 100% clarity, an improved image depth, and impressive touch sensitivity.

As we already mentioned, sapphire glass is also being used for watch screens. If you’re looking for a classy watch that’s thin, light and elegant, this Lenox Louis is your answer. It’s perfect for formal occasions and casual events.

The Italian leather of the belt combined with Swiss movement – reliable and accurate – make for a unique gift. Not to be forgotten is the sapphire glass that’s anti-scratch and perfectly crystal clear. Only 500 units of this minimalist watch have been produced.

We all wish for more durable smartphone screens that will spare us the mini-heart attacks that come with accidentally dropping them. However, it might be a while before the sapphire glass will become even remotely as inexpensive as Gorilla Glass. Only then is there a chance that brands will start incorporating the new technology in the box. Until then, the best you can do is buy a protective sapphire glass screen, hoping that your phone survives the next time you drop it.