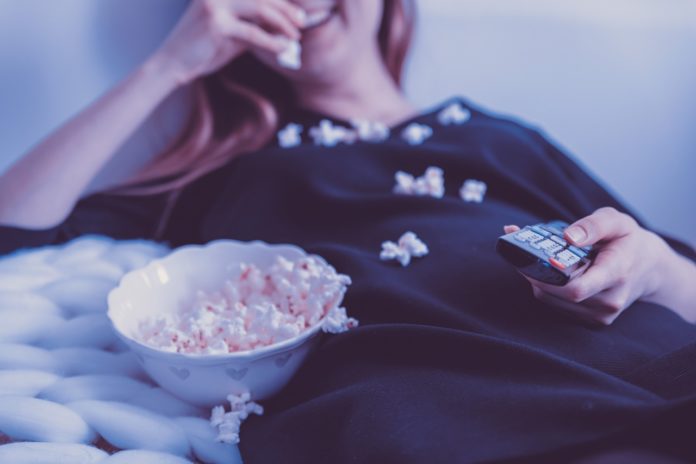 If you love gathering with family for the holidays, Thanksgiving movies are a great way to spend the time.

And if you prefer some alone time on Turkey Day, these Thanksgiving movies also provide a great diversion. So no matter what your motivation is for Thanksgiving entertainment, Hollywood probably has you covered.

Not all of the movies on our list are specifically about Thanksgiving. But the holiday plays a central part in each plot. So keep reading for some of the best Thanksgiving movies ever made. They run the gamut from goofball comedies to thought provoking dramas -- and include everything in between.

We won't be presenting these in any particular order, as everyone's tastes vary. But we think that this list presents a comprehensive cross section of the range Thanksgiving movies provide.

Whether you want to laugh, cry or sit on the edge of your seat, you can find a great feature to enjoy. And since the holiday frequently brings family and friends together, there are some sentimental moments. But they all have something in common in addition to the time of year in which they're set. These Thanksgiving movies bring stories to life in a way that makes a real impression on audiences. Even if you've seen some of them before, you might discover -- or rediscover -- a new favorite.

We'll start with a hilarious comedy we think is worth watching any time of the year. But Thanksgiving is in the backdrop of this reunion vehicle for Walter Matthau and Jack Lemmon. Maybe you know them as the Odd Couple in the classic comedy. But their ability to get on each other's nerves is at its peak in Grumpy Old Men.

The film centers on the two legendary actors and their common love interest. Ann-Margaret plays the object of their attraction, leading to a series of funny situations. Both Lemmon and Matthau attempt to woo her in the most hilarious ways possible. The Thanksgiving dinner scene really sets the stage for laugh out loud antics.

This movie was an instant hit and led to a classic sequel. If you think you'll have plenty of downtime this holiday weekend, you might want to watch both.

Al Pacino has an extensive filmography of gritty and crime-related leading roles. But one of his most critically acclaimed parts lands him on our list of best Thanksgiving movies. Pacino earned an Academy Award for his portrayal of a blind Army veteran. And Chris O'Donnell's role as the university student taking care of him is a memorable one.

It all takes place over the course of a Thanksgiving holiday weekend. The story is one of a friendship that defies expectations. And even if it didn't take place during Thanksgiving, we think that's a pretty appropriate message.

Pacino's character is gruff and rough around the edges. But after some digging by someone who really wanted to get through, his complex nature surfaces. And it reminds us all that we all need companionship and help from time to time. This is one of those films that we believe addresses the Thanksgiving tradition of volunteerism.

You might remember this madcap comedy from 1987. With iconic funnymen Steve Martin and John Candy playing lead roles, you know it's going to be funny. But this holiday romp is also heartwarming and touching. Maybe you won't notice the underlying message at first. Instead, you'll probably be too busy laughing at the antics of this truly odd couple.

The two leading men play complete opposites. Martin is a business executive anxious to get home to his family in time for Thanksgiving. Through a series of misfortunes, he ends up paired with a buffoon played by Candy. As they take every mode of transportation possible, their differences lead to countless high jinks.

It's funny, no doubt about it. We will always remember at least a couple of scenes that make us laugh out loud to this day. By the end, though, you'll find the story line shifts to one of reconciliation and giving. There's a real holiday message underneath all of the laughs. And it's one that can leave you more than a little inspired any time of the year.

Audiences of all ages have made the "Peanuts" series of holiday films an annual tradition. And even though the Christmas and Halloween specials get more attention, the Thanksgiving movie is great. A Charlie Brown Thanksgiving won an Emmy Award for its holiday depiction.

As part of the animated plot, the classic characters work to stage the perfect Turkey Day celebration. With guests to entertain in two different locations, the kids rush to meet all the demands. Though the hectic plot plays out through youngsters, we can all probably relate to their frantic planning. Linus comes up with a plan allowing for a Thanksgiving meal at both places.

In the end, though, everyone ends up celebrating together. If you've seen any of the "Peanuts" specials, you will expect the happy ending. And you won't be disappointed. Though he deals with plenty of stress, Charlie Brown comes out on top. His friends and family appreciate the thoughtfulness and love with which he arranged the holiday. Audiences for decades have been able to relate to its message that Thanksgiving doesn't have to be perfect. All it takes is time with your loved ones to be a memorable and special occasion.

Looking for a gripping plot tackling the historical tale of America's founding? While we won't vouch for its accuracy, The New World provides an incredible story. Put some of the Thanksgiving lore in context with this 2005 drama starring Colin Farrell.

He plays British captian John Smith pursuing the romanticized relationship with Pocahontas. Yes, the story itself has been widely disputed by historians. And there is no direct reference to Thanksgiving. But if you're spending the holiday reflecting on its historical significance, here's a great option.

As long as you take it in a spirit of entertainment, you can get a lot out of this touching story. See the impact of the settlement at Jamestown, Virginia. And get a glimpse of what life was like in the earliest American communities. The story is told in an engaging and beautiful way, sure to please a wide array of cinematic fans.

Some families prefer a little more absurdity in their holiday celebrations. If that sounds like you, this Pauly Shore film might be up your alley. Like most of his films, this one is raunchy fun with an irreverent flair. But there's also a lesson underneath all of the antics. And it all takes place around Thanksgiving.

You'll find Shore play a typically grimy and offensive guy named Crawl. And he kicks off an unlikely romance with Becca. She's from a conservative small town family with a dad who doesn't take to the unusual outsider.

The slacker invades a farming family, but you might guess that it all ends up OK. Crawl plans to propose to his girlfriend over the holiday. Despite the odds against them, this offbeat comedy includes a uniquely touching moral.

Fans of Paul Newman won't be surprised with his strong performance in the lead of this film. He plays as an aging hustler who finds himself attracted to another man's wife. He balances that disruption when his adult son shows up to complicate matters further.

There are plenty of laughs to balance some poignant moments. But in all, it's the tale of a man as his decisions through life take their toll on him. There's an all star cast bringing the script to life. And with an exploration of a range of emotions, it's a great holiday flick. Of course, the fact that its set during the season, it's a natural choice among Thanksgiving movies.

We'll end with a film that really capitalizes on the unique bond between friends. Specifically, it tells the life of some comics surrounding an ailing star played by Adam Sandler. It takes place around Thanksgiving and is anchored by a hilarious cast.

You can guess from the lineup that there are plenty of laughs in this riotous film. But it's also every bit the drama as it touches on some real emotion and weighty issues. Watch it with family, friends or anyone you love.

No matter who you enjoy this film with, you'll find yourself running the gamut of emotions throughout this film. As soon as the dialogue becomes heavy, this Thanksgiving flick picks you back up with a well-time joke.

There are some great Thanksgiving movies waiting to be watched.

We hope our guide has helped narrow your search. And we wish you a very happy holiday season.

If you enjoyed our list, share it with the folks in your life. Leave us a comment below if you have any final thoughts or questions.

Related Article: Thanksgiving Traditions You Should Know Before This Holiday Season