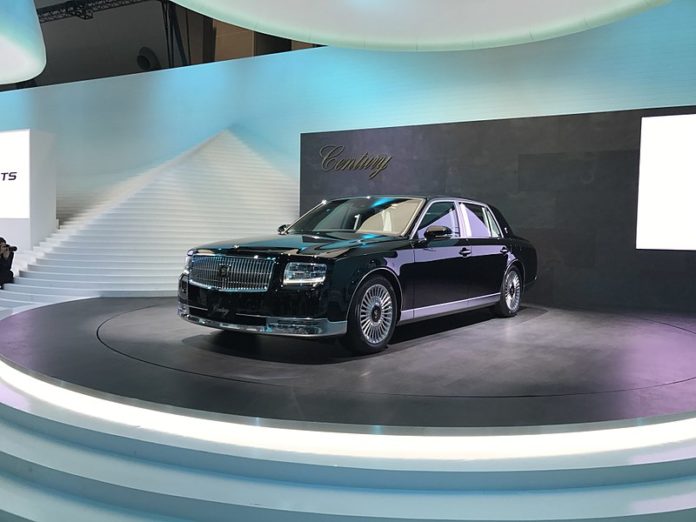 Car lovers, have you heard about the updates to the Toyota Century?

This update has been a long time coming -- twenty-one years to be exact. The newest generation Toyota Century is the third update in the car’s fifty year history. Sleek, beautiful, and modern, it has quickly become the top choice vehicle for Japan’s elite. It debuted in Toyota City, Japan at the Tokyo Motor Show on October 4, 2017.

So What Are the Updates to the Toyota Century?

The Toyota Century is comparable to the Rolls-Royce or Mercedes-Maybach, meaning it’s designed for prime comfort. The roof now has a more vertical drop off in the back, increasing head room for passengers. According to Toyota, the car “shifts to the rear, heightening the importance of the rear in appearance.” To add legroom for the driver, the wheelbase extends 2.5 inches.

That’s not all. Other luxuries include massage seats in the back, foot rests that extend from the back of the front row seats, and a 7-inch touch screen tucked away in the center console. Besides adding extra luxury for the driver and passengers, there have been a few tech modifications to the Toyota Century engine as well.

This hybrid vehicle combines electric motors and a 5.0-liter V8 engine. Needless to say, it purrs like a kitten. It’s eco-friendly too though. Toyota says the engine modifications are in effort to improve fuel efficiency and reduce noise (although we don’t mind a little of it).

Price Tag of a Toyota Century:

Are you in love yet? We are. Just make sure you check the sticker price. Only James Bond types will be able to afford this luxury car model. The latest version will run buyers approximately 19,600,000 yen, or about $178,000 USD. Add a few luxury accessories and you're good to go.

What are your thoughts on the Toyota Century? Share them with us in the comments and be sure to share this with luxury car lovers you know!

Related Article: Luxury Car Clubs To Become a Member of In America