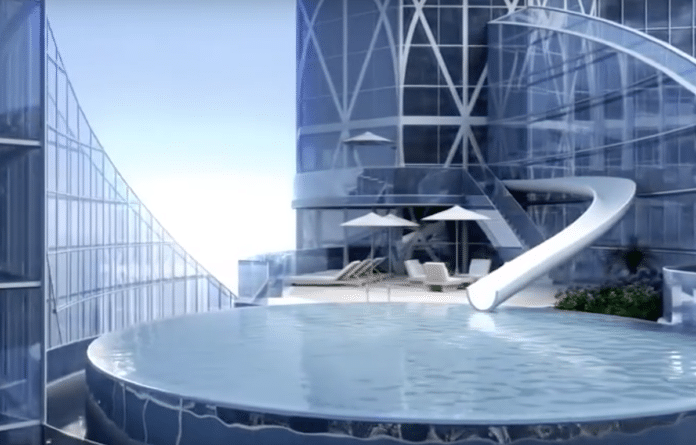 The median sale price of homes in America is just under $230,000, usually paid off over many years of hard work and struggle. Then you have the super rich who pay over 1,000 times that amount to live in one of the most expensive homes in the world. Although having a home worth $150 million or more will never be within the reach of an average person, it can be fascinating to imagine what that kind of lifestyle would be like.

Imagine if your biggest problem was finding a staff large enough the take care of cleaning your 30 bedrooms, indoor sauna and indoor pool. Imagine if you could appoint your countless rooms with priceless works of art, vintage furnishings, and the latest technology. Once you run out of room on the surface you could afford to create an underground addition with a panic room and everything you need to survive for years.

Sure, even life for the rich and famous can have its share of problems, but wouldn’t it be nice to have some of these problems? We’ll take a look at some of the most expensive homes on the planet, who owns them and imagine the luxurious lives of the people who have stayed there.

This five-story Victorian villa in London was once named the world’s most expensive home in a Yahoo! Finance report. The mansion has been valued at a colossal $1.58 billion. The home was once a 10-bedroom all-girl preparatory school in central London.

The mansion features ten bedrooms, its own gym, sauna, cinema, and an underground pool. In case there is a break-in, there is a panic room. The daughter of Ukraine’s second president, Leenid Kuchma, purchased the estate for $127 million in 2008, and the value has apparently skyrocketed.

You can have a peek inside at the luxurious interiors featuring vintage and modern furnishings and priceless pieces of art below.

Near the home of Prince William and Kate Middleton on Billionaire Row in London sits Kensington Palace Gardens. It has been billed as “the most expensive address in the UK.” The homes on the street have 100-year leases before returning to the Crown Estate. Imagine having so much cash that you are willing to lease rather than owning such an estate.

The palatial mansion features 12 bedrooms, a Turkish bath, indoor parking for 20 cars, and an indoor pool.

The home was purchased for $140 million in 2011 by Roman Abramovich. According to Forbes, the Russsian tycoon’s plans to build a subterranean extension that includes a tennis court, health center, and auto museum were approved.

Worth almost $400 million, this 35,500 square-foot penthouse has private elevators a water slide down from the second floor. It has been called the “world’s most exclusive penthouse” with five floors of living space with extremely high ceilings. Tour Odéon overlooks the beautiful blue Mediterranean Sea, which you can view as you sit in the 360º infinity pool.

Who wants an ordinary villa when you can have your own skyscraper right?

See the amazing interiors below:

This is another skyscraper home worth around $2 billion and standing 570 feet high. The architectural style of quite modern and might not be everybody’s cup of tea but if you have 400,000 square feet of space to live in with 27 stories, you probably won’t complain too much. Chicago architects Perkins and Will designed the “home” for Mukesh Ambani, 61, chairman of Reliance Industries and the richest man in India and possibly all of Asia.

As for amenities, there’s nothing like having six floors dedicated to showing off your 168 luxury cars right? The home has its own car service station as well but if cars aren’t your thing you can land your helicopter at once of the three helipads on the roof. Once inside there are nine elevators to get around. Who would ever dream of using stairs?

This place has its own ice cream parlor and a snow room. Yes, you are so rich you dedicated a room to snow. If you get tired of snow then head on down to your 50-person movie theater or hang out in one of the luxurious Hanging Gardens of Babylon-style terraces. If you need anything, anything at all, there are around 100 staff members per family member. If it occurs to you to thank the lucky stars above for all you have, don’t worry. The home has its own exquisite temple for prayer.

See what this gigantic home looks like inside below:

This 190-year-old estate has a history as the home of the Belgian King Leopold II starting in 1904. Before that, it was owned by the mayor of Villefranche-sur-Mer, who built the property in 1830.

It’s another home with a stunning view of the Mediterranean Sea only this time in the South of France. The estate was called “the most expensive house on Earth” by Bloomberg in 2017 when the home went up for sale for $410 million. The owner at the time was the Italian distiller Davide Campari-Milano SpA.

As you would expect given such history, the 18,000 square feet are decked out with priceless antiques, tapestries, and sculptures, including inside the 14 different bedrooms.

For those who love gardens and plants, this home has 20 greenhouses, and exquisite landscapes on 35 acres of land that once employed 15 full-time gardeners who tended to 14,000+ plant species. The home library holds over 3,000 books on flora and naturalism and the gardens are considered a top 10 of botanical gardens worldwide.

The property was once an olive tree farm and boasts 300-year-old trees. The cedar trees are where the home gets its name of cèdres. Orchards near the home once grew bitter oranges used to flavor Grand Marnier liqueur after the estate was acquired by the Marnier-Lapostolle family in 1924 until its sale to Campari in 2016.

You may enjoy the Olympic-sized pool, visit the elaborate ballroom, or venture out the stables where up to 30 horses reside. Or perhaps you might visit your neighbors, Microsoft Corp. co-founder Paul Allen or composer Andrew Lloyd Webber. The estate sits near Nice in the South of France, Saint-Jean-Cap-Ferrat, which is “home of the most expensive price per square meter in the world.”

If heaven exists on Earth, then it might be in France.

An exclusive tour of the most expensive house on Earth https://t.co/NQYszcQPfd pic.twitter.com/1IxfqxGxU0

Check it this gorgeous estate below: