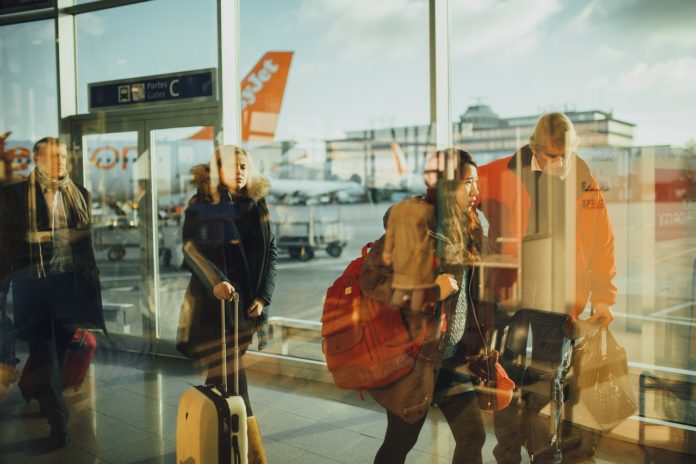 In the early days of commercial air travel, it was often seen as a formal affair.

These days, it's decidedly more casual. But that doesn't mean you can ignore the airplane etiquette that keeps us all on the same page. Because even if you're not dressed in your best attire, we all want to get where we're going without a headache.

Let's face it, booking and boarding a commercial flight can be a hassle. And we think that provides even more incentive to follow the unwritten rules of the air. Everyone on the flight will come out better for your adherence to airplane etiquette. And that includes you, since each tip is aimed at reducing stress and disagreements among travelers.

Important Airplane Etiquette to Remember During Your Next Flight

From longer security lines to smaller seats, it's not always a joy to ride in a commercial jet. But there are some very specific things we can all do to make the process a little more enjoyable. We hope our list of steps will give you some peace of mind the next time you take to the clouds.

1. Keep Reclining to a Minimum

Let's start with a common annoyance for those of us who don't fly first class. Seats are smaller than ever, and the space around passengers continues to shrink as well. So the last thing a fellow flyer wants to see is your seat leaning back. If you're flying coach, airplane etiquette dictates you shouldn't recline your seats.

And be realistic, it's not like you're going to actually recline in these seats anyway. There's very little difference between sitting upright and leaning back a couple of inches. But those inches could be a big imposition on the individual flying behind you. So do everyone a favor and leave your seat in the upright position.

2. Cut Out Unnecessary Sounds and Smells

We all know the pains of a crying baby or another annoyance while on board a plane. But if it's something beyond the passenger's control, you should keep a long fuse. That airplane etiquette doesn't extend to folks actively being disruptive on board. There are a few things you can do to avoid being in this category of discourteous travelers.

For starters, remember to silence your smartphone or other tech gadgets that can make noise. Also leave pungent aromas on the ground. Maybe this means you don't wear your most fragrant cologne or perfume. But it definitely means you shouldn't bring your fast food meal or tuna fish sandwich as a mid-flight meal.

Here's a little bit of trivia we'll settle once and for all. If you're sitting on a row of three seats, airplane etiquette means the one in the middle can claim the armrests. After all, the aisle seat and window seat have an armrest on both sides. And we all know that the middle seat can get pretty crowded.

So it only makes sense that the poor soul in the center gets some small perk. Let him or her have the arm rests if you're lucky enough to not get stuck there. And feel free going for both of them whenever you do wind up in the middle. But planning for your flight early might mean you can avoid the uncomfortable seating arrangement.

This step might seem like common sense to a lot of frequent air travelers. But far too many flyers try to cram their carry on baggage into the wrong overhead bin. That might be for reasons ranging from uncertainty to an effort to keep an eye on their stuff. Airplane etiquette is clear, though, and you should only claim the spot above your seat.

There are plenty of reasons for this, and most should be pretty clear. First of all, you probably wouldn't like it if someone took your overhead bin space. So the golden rule is a big part of this and other airline tips. It also makes filing out of the plane much easier if everyone knows where their bag is. And even if you're using the right compartment, don't try to cram too much in and take space from others.

5. Stay Out of the Aisle

Lots of things happen in the aisle of a typical commercial airliner during a flight. And none of them are easier to accomplish with your bags or legs out in the way. So make sure that you keep your feet in front of you and your stuff tucked away during the duration.

Maybe the flight attendant is heading down with the drink service. Or there could be a fellow passenger rushing to the lavatory. Whatever is happening on your flight might just count on a clear path of access. Do your part to keep things neat and orderly by remembering this bit of airplane etiquette.

One of the few aspects of a flight that passengers can control is the window shade. Sitting in the window seat might make you feel like you have a bit of power, then. But according to airplane etiquette, it's not your call.

Think about it from your fellow flyers' perspective. Maybe they don't want to fly in a darkened plane. It might be a comfort for them to see the sky outside. And if you close the shade without asking, it could really ruin their experience. So the best idea is to take a democratic approach. If you have control of the window, check with your seatmates before you lower the blind.

7. Disembark in an Orderly Fashion

Your experience with the other travelers aboard doesn't end when the jet touched down. In fact, sitting on the tarmac can be one of the most stressful aspects of air travel. So don't be the individual who tries to skip to the front of the line when it's finally time to get off the plane.

Disembark in the order you're seated. Even if you boarded without any baggage at all, wait your turn. This is not only what other flyers are expecting, it's the neighborly thing to do. Believe it or not, everybody rushing to the front just makes exiting the plane slower for everyone. And everyone else wants to get off, too. If they're obeying the unwritten rules, so can you.

No matter what goes wrong, you ultimately have control over your response. And by the time you get off of the plane, tensions might be higher than ever. So it's vital to keep your cool. Whether you're arriving in your destination or you just got back home, remember to breathe.

This applies even if you're waiting forever to find your checked luggage. Be courteous of other passengers' space. You can keep an eye on the baggage claim carousel from a safe distance. And don't shove through the crowd when you see your bag come around. If you make it through each of these steps, you'll be able to leave the airport with your sanity. No airplane etiquette can take all of the pain out of flying. But it can make a big difference.

There's no need to dread your next flight as long as you remember airplane etiquette.

Most of these tips amount to little more than basic decency. Unfortunately, that's something that is too often missing on commercial air flights.

We hope our guide has helped clear up a few things before your next plane ride. If so, share this article with the frequent flyers in your life. And leave us a comment below if you have any final thoughts or questions.

Related Article: Holiday Travel Tips to Keep You Safe and Sane During the Busy Season