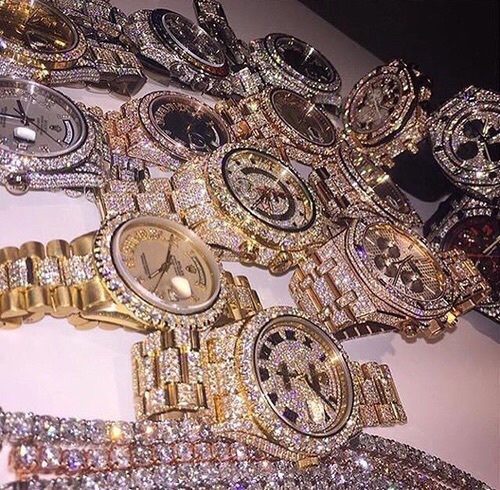 If you thought of it, there’s probably a trade show for it. Such is the case of Baselworld, a trade show for luxurious watches and jewelry that takes place annually. Each spring, the international watch and jewelry industry gathers around in the city of Basel, Switzerland to put on one of the best luxury exhibitions ever made.

Baselworld comprises about 2,100 exhibitors that come together from more than 45 countries. Evidently, the leading watch and jewelry brands cannot miss the opportunity, as well as the great variety of companies specializing in precious gems. Each year, the show is the main attraction for over 94,000 visitors.

Baselworld is a unique experience for anyone attending. As the most important trendsetting show for the world’s watch and jewelry industry, Baselworld has created a new category of shows in which it reigns unchallenged. It is the only show that draws in worldwide players – from watchmakers and jewelers to gemstones, diamonds, and pearls dealers.

At the latest edition of the show, a slight change in the atmosphere – and the number of attendants – was quite noticeable. There was definitely more elbow room, which some chalked up to a dwindling economy paired with the launch of the smartwatch.

But whatever it was, it contributed to the easy walk in Hall 1 of the trade show. It seems that watch brands had also shown signs of caution, which translated into dropped prices and reduced new models. However, there were still plenty of horological goodies for all to enjoy.

The word ‘trend’ has a different meaning in the watch world. While we can look for yearly or even seasonal trends in other industries, the fact is that watch design and development may take years. Therefore, the industry’s reaction to customer tastes or fashion fads is a rather slow process.

This year, however, visitors could indeed see more bronze cases, a lot of red and black, as well as smaller dials in shades of blue. While some brands were determined to push the boundaries of engineering and style, others were content to scale back to the origins. Today, we will present to you a list of our favorite timepieces presented at Baselworld 2016.

The Baselworld shows have a fascinating history which dates back to 1917. Back then, the Schweizer Mustermesse Basel had opened a new section devoted entirely to luxury watches and jewelry.

Baselworld enables the exhibition of leading pearl, diamond, and precious stones dealers from around the world. Only the best of their collections are showcased at Baselworld. If you are interested to find out more, check out this Selection Stones and Pearls e-book which offers you a detailed account of items on display, as well as information about the dealers and their services.

At the same time, The Baselworld Brand Book can help you grasp a better understanding of the trade show. It depicts an impressive portrait of this luxurious industry, in addition to interviews with the most renowned names in the sector. For more profiles of the leading watch and jewelry brands and a fresh look at the watch and jewelry landscape, check out the link provided above.

In 2016, a product has better chances of surviving if the company or organization behind it creates a mobile app. The Baselworld app is a great help to those who want to attend the annual spring show. It offers a mobile pocket guide designed to help you prepare for the show, as well as visit it in a more productive manner.

It provides interactive detailed information on the attending brands, hall plans, daily updates of the events, and web articles by the Baselworld Daily News. In other words, the app tells you all you need to know about Basel. The app can be freely downloaded for iOS, and Android. However, according to the official website of Baselworld, the app will become available to all users in early 2017.

Maybe you’re eager to attend the Baselworld trade show next year. To make matters easier to organize, the company offered all the information you might need right on their website, including hotel accommodations, flights to and from Basel, and show dates. If you do want to go, you should free your schedule for March 23-30, 2017.

But even if you don’t plan on attending in person, you can still reap the benefits of such luxurious trade shows. Let us walk you through the latest watches and jewelry Baselworld has offered us on the occasion of their latest edition.

There is luxury, and then there is Carl Brashear and the watches it produces. Brashear was the very first African-American Master Diver in the US Navy. After losing a leg while recovering a nuclear warhead in the Mediterranean, he also became the first amputee Navy diver. So if anyone deserves a commemorative dive watch named after him, it’s Brashear.

Based on the specs of the Baselworld 2015 darling – the Diver 65 – the Carl Brashear Limited Edition’s case is made from bronze. This detail contrasts nicely with the deep marine-blue dial and its light-colored markers. Add a thick stitched leather strap in the mix that can easily be swapped out for a diving strap, and you have the complete, luxurious picture.

This is one of the few watches that deserve a moonphase complication. The new model of Speedmaster Co-Axial Master Chronometer is a direct successor of the first watch worn on the moon. However, the reiteration is now powered by OMEGA’s caliber 9904, a technical piece de resistance. Its precision has been verified by Switzerland’s independent standards agency, resisting even under the influence of 15,000 Gauss. It comes with a detailed moonphase disc that only highlights the legacy left by Neil Armstrong.

In 2016, Baselworld was the launching pad for two great new Moon Watches: This Bulova masterpiece is one of them. It bases its specs on the chronograph Apollo 15 Commander Dave Scott wore on the moon’s surface after his NASA-issued one lost its crystal. Scott’s watch sold at an auction in 2015 for $1.8 million.

Do not worry. The new Bulova Moon Watch’s price tag is much more decent. However, it looks remarkably like its ancestor, with a clutter-free white-on-black dial. Instead of the traditional mechanical movement, the new timepiece features a high-frequency quartz movement for extreme accuracy. It comes with a leather strap or bracelet; both versions include in the package a hook-and-loop strap that you can sport during your extra-vehicular activities.

The bran new stainless steel Daytona is what Rolex lovers have been anxiously waiting for. For an untrained eye, the reiteration’s updates are only subtle, but they’re also significant. Keeping its 40mm Oyster case, proven caliber 4130 and screw-down pushers, the watch comes with a new black Cerachrom engraved Monobloc. This was previously found only on the gold and platinum Daytona watches.

Meanwhile, the white-dial watch features some contrasting black on its chronograph subdials; on the black dial model, you’ll get silver. The new watch reminds us of the 1965 model which introduced the black bezel. Rolex is aware that vintage collectors are willing to sell an arm and a leg to buy one, so it recreated the magic once again.