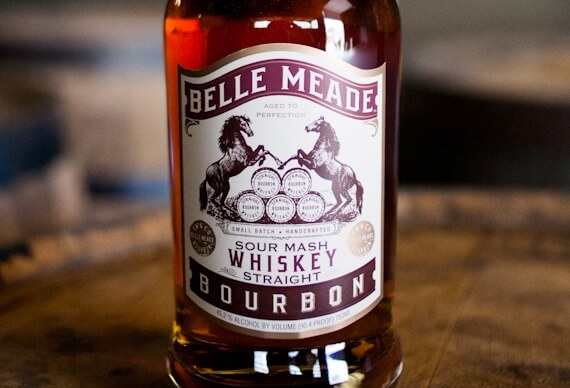 How Is It Made?

The Nelson brothers make the Belle Meade bourbon out of stock bourbon coming from Lawrenceburg, Indiana. Nelson’s great-great-great grandsons make really small batches of only four barrels each. And they definitely put a lot of passion into every batch. Each batch is between 6 and 9 years old, and they are made using two mash bills and yeast strains. The Belle Meade Bourbon Cognac Cask Finish is also aged in casks made of French Limousin oak.

Unfortunately, the Nelson brothers don’t currently have the means to distribute their products all over the country. So you will have to travel a bit if you want to taste this delicious bourbon. The bourbon is made out of approximately 30% rye and it has a 90.4 bottling proof. But enough with numbers, let’s see what it actually tastes like.

The Belle Meade bourbon is definitely a bit of a spicy drink, due to the high amount of rye. When you taste it, you can feel the honeysuckle, maple syrup, caramel, and brown sugar notes, as well as a hint of citrus. If all of these sound too sweet, don’t worry, the high-quality alcohol tempers them all. The high rye content also makes it somewhat chewy. The smell is quite powerful, resembling a more than 100 bottling proof bourbon. It is sweet, but not too sweet, rather a sweetness that is fruity and mellow.

Also, when you taste it, you might feel a slight tingle sensation in your tongue, which only makes the taste even more delicious and interesting. The Belle Meade bourbon finish is long and smooth, and it leaves you with a hint of cherry and plum notes, surrounded by a dash of cinnamon. It is important to mention that this bourbon does not leave the after burn of such other similar bourbons, and the longer you let it rest, the sweeter it will become.

Overall, the Nelson brother’s initiative is a truly fantastic one, as they struggle to bring back to the public a taste that people have almost forgotten in the past 105 years. And if you are a fan of cognac, we suggest you try this one.