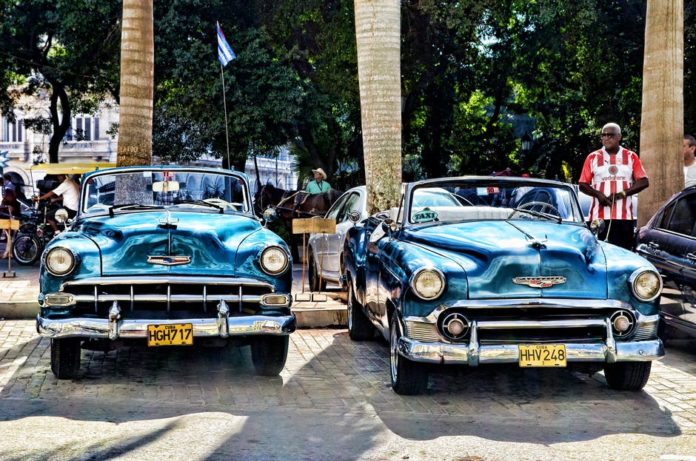 It's often difficult to keep track of all auto-related news. But, the best car shows give you all of this under one roof.

In fact, the best car shows give you a glimpse of classic cars as well as futuristic ones. For an automobile lover, the best cars shows are a treat to attend. Not only is it an event where enthusiasts unite to see the best in class, but also a networking opportunity with other potential buyers to help build rapport in the car community.

The Best​ Car Shows for ​The Avid Car Lover

We have selected some of the best classic car shows you should consider on your next trip. Take a look.

One of the oldest and greatest roads shows to ever exist is America’s Grand National Roadster Show. With its entry in the 70th year, it is expected to be even grander on January 25 - 27, 2019.

Previously known as the Oakland Roadster Show, it has evolved to include many more elements. And of these, are 500 vehicles that compete for coveted awards.

The event is open for all with nominal fees or kids and adults. Children under five are free. And, if you are traveling from outside California, there are lodging facilities and also transportation to take you around.

A premier international automotive show, the Philadelphia International Car Show attracts a lot of attention. The annual show often occurs in late January and early February. As one of the oldest automotive shows, it pulls a large crowd for the new car launches and interaction with potential buyers.

Another advantage of attending is the networking, education, and connections built during this time. Moreover, dealers come with offers on their new and existing car models. Additionally, there are other events like the Student Poster Competition due for 2019. Check out the details to know more. And, the Black Tie Tailgate event is another event you can look forward.

A part of the Carlisle events is the Carlisle Auto Show held at the Carlisle, PA Fairgrounds. It boasts of more than 8100 vendors and more than 15 miles of walking path. For this reason coupled with the massive sale of around 2,000 vehicles, it is often referred to as the automotive flea market and one of the biggest car meets around.

Most deals are done directly with the owners, so there are no middlemen. In addition to the event, there is also a three-day collector auction. If you love bargains, then the best time to buy is at the end of the five day event.

The Atlanta Auto Show is one of the best car shows and has been around since 1909, boasting its title as the first in the entire southeast. With 500+ exhibitors, it is the premier destination of major auto companies who showcase their best products over the course of five days.

There is a nominal fee for adults and children at this auto show. If you are around the Atlanta in March 2019, then set your calendar for this show on March 20-24, 2019. For more information check the official page here.

If you have waited with bated breath for new car arrivals or a sneak peek at the best automotive in the world, then the New York Automobile Show is the place to be. As the world's biggest car show, this annual event is held in Manhattan at the Jacob Javits Convention Center.

Besides the unveiling of the new car models and inventions, there are other events to look forward to like the conferences, forums, symposiums, and gatherings. And, it’s not without reason that the show garners crowd popularity.  Even as it stands to entertain customers with its new offerings, it is one of the most critical events in the automotive calendar. The next convention is expected to occur on April 19th-April 28th, 2019. Check out more details here.

The Charlotte Auto Fair happens twice a year in April and September. It also provides a collector's Flea Market space to buy and sell parts from vendors. You'll find things such as vintage signs, wheels, automotive toys, and also classic cars for sale.

At a nominal fee, you enter the fair and can stay there as long as you want as there is no closing time. Of all the days, Fridays and Saturdays are the busiest. And if you are traveling from outside Charlotte, then we suggest you plan your stay as prices go up during the event.

Inspired by the American Goodwood Camp, Bradley Brownell created the concept of a unique event. This event encourages people to experience the love for all things automotive from the 80s and 90s. And, there’s a reason behind it too, as the 80s and 90s marked an era of high outflow of American music, culture, and automotive innovation.

Though Radwood is a relatively new entrant from June 2017, this one of the best car shows around. It has been an instant hit due to its decades theme that resonates with those well in their 30s and 40s with the capacity to spend and experience nostalgia for their childhood era.

Even though the event started with 50 cars, today, more than 160 new and old models make their way to Radwood. What’s exciting is that some models like the Chevrolet Monte Carlo and Audi 4000 are seeing a revival thanks to the evident excitement of this show. If you plan to get nostalgic and see some old, yet still mint condition cars from the 80s and 90s, be sure to put this event on your best car shows list. Check out for their event sometime early next year.

Capitola Car Show is one of the best car shows. With its massive following, it is running for the 14th year. In fact, it was voted as one of the top 10 car shows in the USA. That's no surprise as this show is open to American Rods, classics, customs, and muscle cars.

Along with the company of cars, you'll also find awesome music, attractive shops, and fun family time at restaurants. It is traditionally held in Capitola Village along California’s top beaches. After all, this two-day annual summer event is right in time for you and your family to spend some quality time with the cars and together.

The Detroit Auto Show is one of the oldest car shows and continues to attract companies and customers alike. This year, the 2018 event saw Jetta relaunch in the US, and Honda’s Accord won The Car of the Year Award. It’s the one place where you are bound to get insight on new and recently upgraded cars in one place.

Be advised that in coming years there will be a significant shift in the show schedule. Instead of being held in the harsh winter of January, the show will move to June to attract even people. With a massive 800,000 attendees that contribute as much as $500 million to the local economy, this is one enormous automobile show you must visit. Network and also possibly get yourself a brand new car!

The Iola Car show is famous for its TV and Movie cars, as well as service vehicles. With around 120,000 attendees and 2200 cars on display, it’s a visitors delight. And, even better, you also get to experience free concerts and much more.

Often held in July each year, it attracts people from all over the country, necessitating the help of 30,000 volunteers. If you are lucky, you may get to meet celebrities at this event. To know more check the official page here.

The event is presented by local Ford dealers and PPG Syracuse Nationals. With 95,000 attendees, in addition to 8200 classic cars coming from 34 states and six Canadian provinces to New York State Grounds, it's no small feat.

If you are yet to decide on a car show, then this is the event to attend. Expected to occur on July 19-21, 2019, be ready to experience some of the most beautiful cars on display on the eve of the 20th-anniversary celebration of the Syracuse Nationals next year.

Another popular contestant on the list of the best car shows is the Orange County International Auto Show. This annual event happens in Anaheim, California. Over the last two decades, it has enthralled audiences and continues to attract car lovers at the Anaheim Convention Center.

Even as the organization happens by the Orange County Automobile Dealers Association, the event sees the participation of some of the best cars in the business. Some of them are Mercedes Benz S-Class, BMW, GMC, Honda, and Ford.

It’s not just the participation, but the unveiling of many new cars that happens at this large classic car show. This year, the event lasted four days in October and saw approximately twenty thousand to fifty thousand visitors. There is also a regular fair every year. If you plan on attending this event, mark your calendars for an October trip to Orange County next year.

The best car shows are a long-awaited event for auto lovers. Don’t miss out on the fun activities, new models, and networking opportunities.

While you might not be able to make it to all these cars shows, we know its worth it if you happen to go to a few. And, with most of them spaced equally across the year, you might be lucky to get some of the best deals available.

Have you ever attended a car show? Share your experience with us in the comments! For those who have yet to experience a car show, don’t forget to share this list with them.