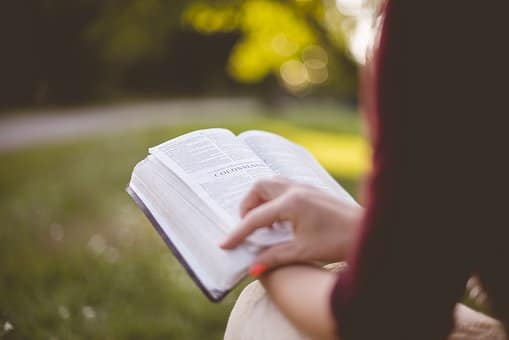 International students have a big choice when considering the best places to study abroad.

And each of the most popular choices have their own pros and cons. We'll help clear through the confusion with our list of some perennial favorites for the best places to study abroad. Whatever you're looking for in a new location is probably already embodied in one of the world's most interesting regions.

We hope you'll find our reviews helpful as you make this important decision. Studying abroad is a time honored tradition among students of all types. And you can carry it forward by selecting the spot that speaks to you and your interests.

The Best Places to Study Abroad for Any Roving Mind

There's one thing we can all probably agree on: there are some beautiful places around the world. Some are tranquil and calm. Others evoke passionate emotion. Many of us can find visits to these places creatively satisfying. And when you're studying, that might just be the best place to be if you want to really absorb information.

We all have our personal preferences. So after you decide what you're looking for you in your semester abroad, take a look at our list. These are places with very different climates, cultures and societies. But they have all proven popular destinations for folks in your situation. We hope these recommendations help you decide your best places to study abroad.

But you need to give your choice more thought than just your own personal desires. After all, we're talking about the real world. And there are dynamics at play around the globe that require some real consideration. Whether it's economic downturn, civil unrest or just higher crime rates, you need to take these things into account. But the places on our list remain popular even in spite of some of these concerns.

As long as you're honest with yourself about the places you're considering, you'll be served well. And taking any necessary steps to make your trip more effective will pay off in the long run.

Italy is a beautiful country and has remained consistently popular among international students. If you're looking into its many historically significant cities, we recommend Milan. It might not be as packed with peers as Rome, for instance, but we think that's could be a plus. You'll have experiences unlike those in other parts of Italy.

Of course, there's the fashion element of this beautiful city. There's also dense and important historical, cultural and artistic significance throughout. You'll find plenty of opportunities to study traditional subjects. But you'll be able to add the unique experiences of one of the best places to study abroad.

And while you're there, you're only a short distance from other major world destinations. You can easily visit France or Switzerland from your position in Milan. Don't get us wrong, there is plenty to occupy your semester without leaving this stunning location. But while you're there, you might want to explore the tapestry of international beauty surrounding you.

The Czech Republic might not be on your short list of European destinations. But we think it is worth consideration. For starters, Central Europe has a culture all its own -- and it's too often overlooked. And Prague really exemplifies this experience beautifully and effectively.

Between the unique societies of Eastern and Western Europe sits this gem. And you'll find students studying there who are from across Europe and far beyond. With three top rated universities nearby, you'll have plenty of opportunity to learn. And you'll be welcomed by breathtaking architecture and locals sharing their culture.

Plus, it is far less expensive to live and travel in Prague than in many other European destinations. From its relatively recent founding as part of the Czech Republic to the region's ancient history, it's fascinating. From the perspective of learning the traditional disciplines of higher education, you will find plenty of stimuli. But don't be surprised if your real education comes from this uniquely interesting destination.

Few places on earth have a richer history than Greece. And Athens is one of the best places to study abroad if you're interested in ancient artifacts. For starters, some of the greatest and most intellectual minds pondered life in this city. Whether you're studying philosophy or not, you're sure to gain inspiration.

Maybe you're familiar with the nation's financial struggles in recent years. And, like any place you choose, such factors should be a consideration. But there's still an infrastructure to support international students. In practical terms, it can be educational to gain a first hand look at the situation the Greek population faces.

But in the end, what is likely to make the biggest impression is its history, not its current crisis. Literature, democracy, architecture and much more took shape with roots directly out of Athens. And many of these historical artifacts remain on permanent display right there in the public sphere.

Australia occupies a specific and wonderful place among international students. It's got cultural centers around its coast. Outback wilderness throughout gives it a completely unique landscape. And the Australian culture is one that students often say is best experienced first hand.

Cities including Sydney often rank among the best places to study abroad. And Melbourne is also on many of those lists -- including this one. We selected it for this article based on several factors.

First, there's a seriously diverse population that only broadens the uniquely Australian culture. And it offers a great deal of entertainment, art and other diversions. It's a very relaxed city, but students can find plenty of places to dig into their studies. And the quality of life is among the highest of any major city around the world. Then there's the obvious bonus of the incredible beaches stretching the city's wide coastline.

Consistently ranked one of the best places to travel abroad, the capital of France is an obvious choice. Though it also is experiencing its share of civil unrest these days, there's plenty to recommend about Paris.

First of all, you can find more prestigious universities than in almost any other world city. There are at least 18 great colleges to further your studies. But beyond expanding your mind in the classroom, there's the beautiful city itself.

Find world class cuisine, incredible architecture and breathtaking landscapes. Whatever you're expecting to find during a study in Paris, prepare to have your expectations exceeded.

Want a European experience without leaving North America? Quebec provides an amazing combination of cultures. Montreal is an awe inspiring city with a rich and diverse population.

Students who choose the Canadian spot repeatedly rank it among the best places to study abroad. Plenty of young people mean there's a vibrant cultural scene. And the food is influenced by a range of exquisite cuisines.

You'll have no problem immersing yourself in the society by visiting any of the local cafes. And there are some great institutions for the actual study part of your residency.

Japan has a culture all its own, which we think it exemplified uniquely throughout Tokyo. For starters, it embodies the technological achievements of the advanced region. Plus, with a globally influential economy, you'll have access to a significant financial hub.

It's among the safest world cities for students and boasts some striking architecture. The people and culture give international visitors an instant immersion in Japanese society.

Find easy access to jobs and world class institutes of higher education. This is a bustling metropolitan destination with plenty to rank it among the best places to study abroad.

The last city on our list of the best places to study abroad is certainly not the least among them. In fact, many international students consider it the best of the bunch. You'll find a great mix of local culture and a large population representing other societies.

And of course there is the direct link to many Western ideas. And it is also home to a wide range of influential and prestigious universities. The University College and the Imperial College in London have been ranked among the world's 10 best.

If diversity of thought and culture is high on your list of must have features, consider London. You might want to consider the possible impact of Britain's vote to leave the European Union. But regardless of any ongoing political tensions, this is a place of unparalleled historic significance. And those of us living the shadow of that society can learn a lot from an extended stay.

If you're looking for the best places to study abroad, you've got a lot of options.

And every student is different, with personal and unique expectations of the experience. We hope our guide had helped shine a light on what makes some of the top choices so popular.

If so, share this article with the students in your life. And leave us a comment below if you have any final thoughts or questions.

Related Article: The 6 Best Universities for Wealthy Students to Attend this Fall