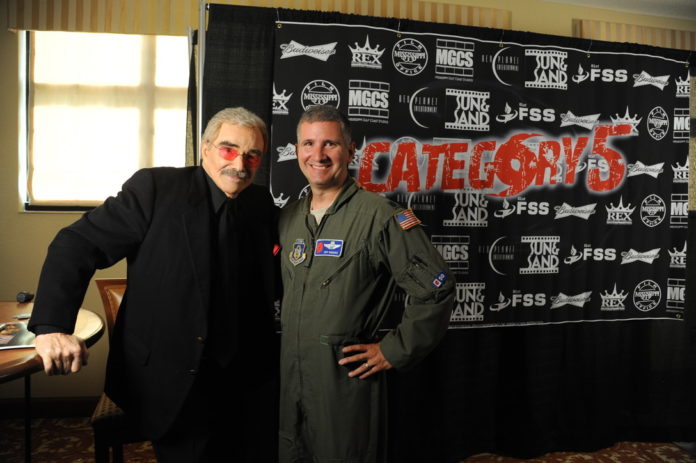 The public has the chance to buy five classic cars personally owned by the late Burt Reynolds as they are going up for auction in Las Vegas.

For decades, actor Burt Reynolds was a fixture in American culture, especially where it met a love of cars. In the 1970s that Reynolds starred in a string of movies set in the south and centered around cars. From White Lightning to Smokey and the Bandit to Stroker Ace, Reynolds was known for movies where the cars drove fast. Cars from those classic films, personally owned by Reynolds, are going up for auction at the Barrett Jackson Auction House in Las Vegas, Nevada. Set to be sold on Saturday, September 29, these cars are genuine pieces of movie and cultural history.

Burt Reynolds was in the midst of his latest career resurgence, before his death from a heart attack. He starred in the acclaimed Last Movie Star, leading to roles in other films. He’d most recently signed on to play a key role in Quentin Tarantino’s movie about the Manson Family Murders, Once Upon a Time in Hollywood. Still, he’d fallen on hard financial times and bankruptcy, so that these cars were still in his possession shows that they meant something to the late actor, something worth more than money.

Where you recognize Burt Reynolds from probably depends largely on your age. For some, he’s that TV actor from Gunsmoke who made it big in the movies. To others he’s an action movie star who went on to make a bunch of car chase comedies like Cannonball Run. If you’re a child of the 1990s, it can differ. He might be that movie actor who returned to TV, in the shows B.L. Stryker and Evening Shade.

If you’re a child of the late 1990s, Reynolds is that character actor who showed up in movies like Meet Wally Sparks and Striptease. You might even think he had his “break out” role in Boogie Nights. By the time the Last Movie Star hit theaters, Reynolds was on, arguably, his third or fourth career resurgence. He was both the biggest movie star in the world and the guy who lost it all to extravagant spending and costly divorce. His life had as many narrative ups and downs as any of the characters he ever played on-screen.

Burt Reynolds, One of the Original ‘Car Guys’

As mentioned above, Burt Reynolds was closely associated with cars, from road movies to a genuine love of cars. At various times in his life, Reynolds had extensive car collections. Many of them were sold off during his divorce or bankruptcy, but he kept some of them. He also was a fixture in the racing world during the 1980s.

With Hal Needham, a Hollywood stuntman and friend of Reynolds, the two opened a NASCAR racing team for the Winston Cup Series. They called it Mach 1 Racing, and the team finished in a the top ten or top five dozens of times. The co-owners sold the team to their crew chief, Travis Cartner. He renamed the team after himself, and it went on to race for 17 more years.

Five cars personally owned, and in some cases signed, by Burt Reynolds will be up for auction on September 29, 2018. The two lots that will be most hotly desired are a 1978 Pontiac Firebird Trans Am from Smokey and the Bandit and a 1987 Chevrolet R30 Pickup from Cannonball Run. They also have another 1978 Pontiac Firebird Trans Am, though this one is a recreation of the car in Hooper. The other two cars are not from his films, but rather cars he received elsewhere.

As you can see in the video above, Burt Reynolds had a relationship with this auction house. In fact, it seems he was planning to sell these cars before his fatal heart attack. They were always collection pieces. Reynolds had other actors from the respective films sign the cars. If he and the cars appeared anywhere, it was usually a special event. These cars are not for driving. Though, one has to think that if you do spend tens or maybe hundreds of thousands of dollars on fine automobiles like this, Reynolds himself couldn’t begrudge you taking it out on the road to see what they could do.

Which of the cars would you want in your garage? What was your first introduction to Burt Reynolds or your favorite turn of his in a show or film? Let us know it all in the comments below. Don’t forget to share the article online.