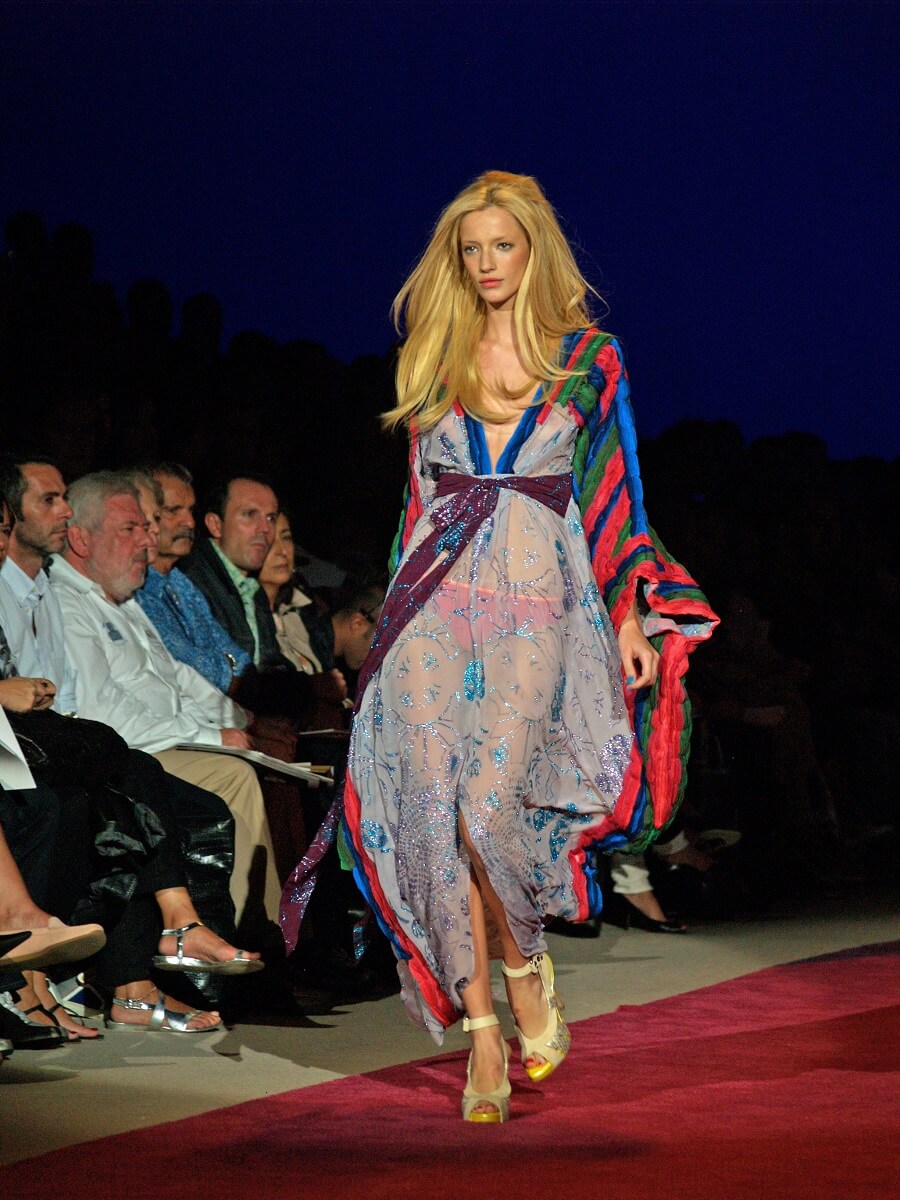 Diane von Furstenberg should understand the ‘dress made for a princess’ better than anyone. After all, the Belgian-born American designer is one herself. As a young woman, she married into the German House of Furstenberg. Her divorce did not mean the end of her claim to fame. She built a global luxury brand with 45 brick-and-mortar stores worldwide that all bear her trademark signature, the wrap dress.

‘I design for the woman who loves being a woman’. – Diane von Furstenberg

The blazer fits a ladylike silhouette. The waist reveals itself beneath the pleated band. The collar is laid open by the notched lapels. The businesswoman is ready to hit the runway.

After her Fall Collection of 2016, Von Furstenberg clothing offering is ready for purchase. At the New York Fashion Week, models of the moment Gigi Hadid, Kendall Jenner, and Jourdan Dann were dancing in conga line in waft-of-seventies wares. Spectacle blended with fashion, and Diane von Furstenberg, monarch of CFDA, the Council of Fashion Designers of America, presided over it all.

‘The whole point is to put the woman at the center of everything we do’, she said. In that vein, her Gavyn Blazer talks about the powerful, independent lady who can rule over her finances, as well as over style.

‘I travel light. I think the most important thing is to be in a good mood and enjoy life, wherever you are.’- Diane von Furstenberg

And lighter you could not possibly feel wearing something other than the DVF wrap dress. The star of the designer line couldn’t miss this list. The crossover bodice in silk jersey pattern forms a deep V neckline. The waist once again curbs gracefully underneath. ​

The style may not have originated with the von Furstenberg. However, her reinterpretation of this earlier piece of clothing which was, as the former curator of the MET Richard Martin observes, ‘deeply embedded into the American designer sportswear tradition’, made her own version distinguishable from the rest. Ultimately, the wrap dress became DVF’s signature on the runway.

The designer added the elastic, synthetic materials that fall knee-length and cover the arms with long sleeves. A note of sensuality dominates the dress. No wonder this ‘light body wrapper’ became a symbol of woman’s sexual liberation in the 1970s.

It continues to be so to this day, as Diane von Furstenberg walked down memory lane with her 2015 show Fortvna. Her floral-print pieces with a metallic lamé suede and spring embroidery turned everyone sweet on the wrap dress once again.

The loose, one-piece garment is recognizably DVF in style. The romper could as well belong to the entrepreneurial designer’s fashion symbols as well. It’s skimpily built, with sashes tying at the waist and bright panels in vivid contrast to the whole ensemble. One exception from the DVF trademark is the lack of sleeves. You may want to storm retail stores for this one if you’re planning a tropical vacation.

New York is recently dealing with a dearth of female designers. So a Diane von Furstenberg is all the more needed to diversify the runway. Not unlike her brilliant predecessors Coco Channel and Elsa Schiaparelli, the designer has managed to imprint her vision on fashion statement pieces that will dress generations to come.