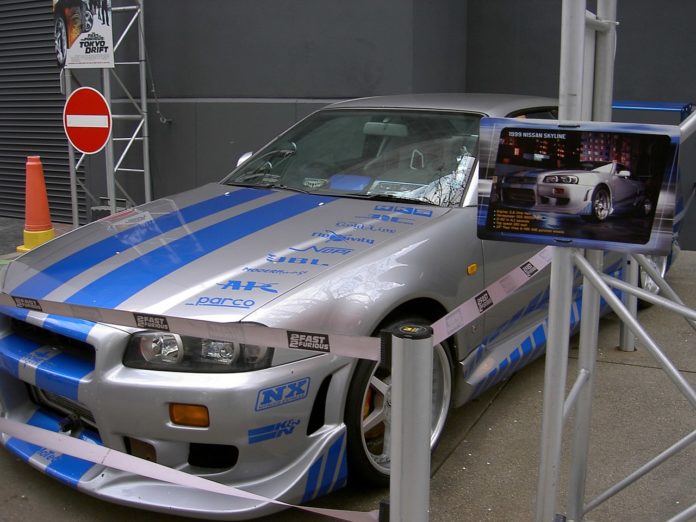 What started as a weird little movie about street racers went on to become a massive hit and spawn a franchise. But where does it fall in the history of cars in film?

In 2001, the film The Fast and the Furious premiered in cinemas, weaving a tale of theft, illegal street racing, and making friends in strange places. It was no small film, featuring a number of up-and-coming action stars and a $38 million budget. Yet, it was still a surprise hit, pulling in more than $200 million in box office receipts worldwide. In the intervening 18 years, this franchise has gone on to spawn eight sequels (and two more in the pipeline), a spin-off film, video games, and a new animated series for Netflix. The cast of characters shuffles around a bit and the premises have escalated from simple street racing and stealing. Yet, each one of these films makes a boatload of money (even the “flops”).

Yet, the people behind The Fast and the Furious are on to something, because in a world that has Star Wars and the Marvel Cinematic Universe, this series is in the top-ten highest earning of all time. Fans will say that the reason for the success is that they love the characters and their stories. Yet, these are not high art films or deep character studies. When people praise the stories, what they don’t add is “…for a car movie.” Cinema has long been a showcase for driving stunts, so what does the Fast and Furious mania in the world say about the future of “car” movies? Let’s try to figure that out.

The Fast and the Furious is just one in a long of films, or series of films, whose central conceit is heavily reliant on cars. From television series—like Knight Rider or, even, My Mother the Car—to feature films, cars are a great addition to visual storytelling. As any storyteller knows, the key to any good story is tension and conflict. Races and car chases have those two things baked-in from the beginning. And people like watching it. One of the biggest scandals in recent history, the O.J. Simpson trial, wasn’t a big story until the subject led police on a low-speed chase during prime-time television. No one knew what was happening in that White Bronco nor what the police were thinking or doing. Still, no one could turn away. Networks just broadcast the chase live, and everyone who could watched it unfold.

Yet, there are more to car movies than chases and races. Sort of in the spirit of The Italian Job—the original, of course, which features one of the best car chases put on film—and Easy Rider (a motorcycle movie, actually) these films represent something to viewers. There is a kind of outlaw quality to them, that can be found in other vehicle-driving outlaws like Han Solo or, in a way, Batman. In the 1970s and 1980s, these films were seen as unserious. More just a vehicle (pun intended) for Burt Reyolds to drive cool cars and crack jokes with cameo stars. The Fast and the Furious changed that. But before we can tell you how, we have to go back to the very beginning.

The Dawn of the Cinema

The first films for public consumption were more like stage plays than modern movies. As the form evolved, people realized what you could do on film that you could never pull off on stage. The first famous car chases were not used for drama, despite how the building blocks for drama are baked in. Rather, they were played for laughs in silent films like those featuring the hapless Keystone Kops and comedian Buster Keaton. As time continued to roll on, directors and moviemakers soon realized the potential for the car chase. They popped up everywhere but were used more as a tool for drama than as the foundation for a genre like westerns or noir thrillers.

Perhaps the pinnacle of the dramatic car film came at the hands of iconic producer, writer, and director George Lucas. He made a film in the 1970s that may have changed everything. No, not Star Wars and not Indiana Jones, it was his first commercial feature the surprise hit American Graffiti. Lucas wanted to make a coming-of-age story in the 1950s. That meant spending a lot of time with street drivers, who dealt with their conflict by racing for pink slips. Evoking the drama and feel of earlier films like Rebel Without a Cause, it became clear that car movies weren’t just for comedy anymore. Yet, moviegoers weren’t ready for Fast and the Furious yet.

The Heyday of the Car Movie

The late-1960s to the late-1980s were the heyday for car films. There was still comedy, of course, especially with Smokey and the Bandit and the Cannonball Run films. However, there were action and sci-fi films centered around cars as well. From Mad Max (the first one) to Gone in 60 Seconds in the 1990s, car movies were always a hot property. Of course, studios weren’t trying to build a franchise. In fact, prior to the late 1970s, no one was trying to build a franchise. The stars were what people came to see, and if they played the same characters in the same type of films, studios expected audiences would get bored. In fact, pretty much the only true car Franchise before The Fast and the Furious was Disney’s “Herbie the Love Bug” series about a sentient VW Beetle.

Still, as studios started seeing the appeal of paying for bigger and bigger effect or set pieces, action movies became box office tentpole projects. Today, if you want to build a franchise, just set it in space or put a superhero costume on the characters. At the turn of the 21st Century, no one knew what would land with audiences. Of all the things being considered, car movies were not one of them. Some car-focused TV series like Dukes of Hazzard and Knight Rider had cult following, but nothing worthy of the big screen. When the first of the Fast and Furious films hit theaters, people likely thought it was just another throwaway movie meant to show off concept cars and serve as a trailer for a video game. They were wrong.

Fast and the Furious and Others

It’s unclear what precisely made these movies such a hit, but the smart money is that they are simply fun. The car chases and races and other auto-focused set pieces are riveting, lovingly shot, and they pull off some impressive stunts. The characters and their stories are something of a jumbled mess. However, the total commitment of the actors playing the roles makes it work. Millions of people genuinely love these characters and their stories. Even if you think they are terribly written, they are the kind of “bad” that is eminently watchable and entertaining. They have something the other recent car-focused franchises have lacked.

Mad Max: Fury Road was a masterful film that sidelined the titular character, played by Tom Hardy instead of Mel Gibson, in favor of Charlize Theron’s Imperator Furiosa. The whole film takes place on-the-move, and it features amazing chases, car fights, and quiet moments for character and story. Jason Statham’s Transporter series was also entertaining, positing a world where James Bond is a getaway driver. Yet, despite their successes and acclaim, they’re nowhere close to building the world the Fast and Furious folks have. In fact, Statham himself abandoned the Transporter in favor of the Fast and Furious series.

The Fast and the Furious is an unlikely place to find a five-billion-dollar franchise, but it shows that people love car movies.

Does the success of this franchise mean that we are heading into another era of car movie after car movie like in the wake of Grand Prix and Bullitt? Or does the failure of other car-based franchises to catch on mean that the Fast and Furious trend was something of a fluke? Only time will tell. For fans of the Fast and Furious crew, there is bittersweet news. A ninth and tenth film in the series are planned for 2020 and 2021 respectively. Yet, the filmmakers say that this will be the finale for the series. (Or at least the version with these characters and actors.) However, they are also working on a spin-off called Hobbs and Shaw starring Dwayne Johnson and Statham as their characters from the series.

What do you think? Is the Fast and the Furious unique or does it suggest more car movies in the future? Tell us, along with your thoughts, comments, and favorite car movies, in the comments below. Don’t forget to share the article on social media if you enjoyed it.

Related Article: The Fastest American Cars to Quench Your Thirst for Speed