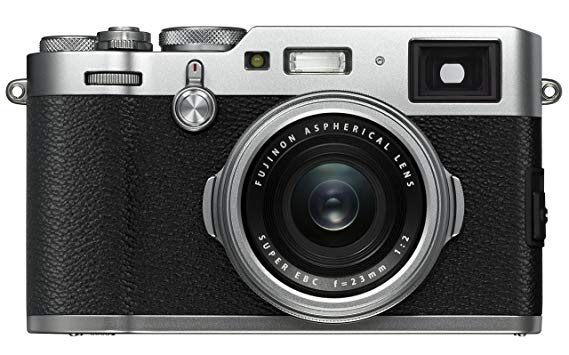 The camera game has changed radically in the past few decades. And the Fujifilm X100F aims to lead the way into the future.

If you're a shutterbug, you probably already know the brand. Fujifilm has been around for generations with high quality, professional camera equipment. But in the new age of improved resolution and composition, it has reinvented itself.  Now, the Fujifilm X100F stands poised to offer typical camera users a completely professional experience. You might think you're fine with a smartphone or some other tech device. If you want to take your pictures to the next level, though, you'll need an upgrade. This clever device just might be your perfect match.

A Little About the Fujifilm X100F

It's always great to see the improvements Fujifilm makes to its equipment. but the launch of the Fujifilm X100F really displays a commitment to improvement. And it keeps up with the state of the art in many different ways. We'll get into the important specifics below, but the big picture is incredible.

Background About the Brand

One of the great things about this camera is evident in its name. Fujifilm has worked to revolutionize photography for close to a decade. The company's roots are in Japan, where a government program led to its creation in 1934. At that time, the sole focus was on creating photographic films.

But after acquiring new companies and technologies, that focus expanded to all things photographic. And in the decades since, it has created some incredible products. As the industry has shifted to digital dominance, the Fujifilm X100F shows that lineage. It builds on three previous cameras in the same line. And this one is leaps and bounds beyond previous models.

Who The Product Is Great For

The short answer is that the Fujifilm X100F is great for anyone who wants to take beautiful photos. Capturing stunning images with this device is as easy as pointing and shooting. But the real beauty lies deeper than that easy to use interface.

Not only is it built on a strong and recognizable exterior, what's underneath is almost completely updated. Most notably, this includes a new sensor that creates stunning high resolution images. The 24 megapixel lens sounds impressive enough on its own. But with this new sensor, the actual result is likely even crisper than you imagined. So anyone wanting to capture memories in lifelike detail could probably benefit from this camera.

Best Uses For The Product

One of the biggest benefits of the Fujifilm x100F is its compact size. Though it is a powerhouse of a camera, it is packaged for traveling ease. This is due to the fact that the X100 series remained largely the same on the outside.

The small frame has always been simple to operate and easy to slip into a pocket. But previous versions had less functionality, as you might expect from a smaller product. This generation, however, really defies those expectations on every level. It can compete with much larger and bulkier cameras without any noticeable lag. Take sharp and colorful photos with an unassuming camera. And unless you already know about its capability, you're not likely to think it's anything special.

Features & Benefits of the Fujifilm X100F

We've got a lot to list under our recommendations for this product. But we'll try to pick a few of the most obvious benefits. Maybe you're looking for a camera that can provide all this and more. If so, the Fujifilm X100F might be for you.

Since the Fujifilm X100F traces its lineage to film cameras, this lens makes sense. But just because you expect that classic performance, you might still be impressed. In fact, this lens is one of the few things that remains the same from previous versions. That's because the lens works great and provides a finished product similar to film.

Of course, the camera has all the benefits of a digital product, too. So you can have total control over composition and other aspects of your photo. But when you see it, you might just think you're looking at the most stunning film based images. Darkrooms are no longer a necessity for the timeless appearance of artistic developed photos.

No matter how great a camera is, it's of no use if you can't operate it. And we think ease of use is one of the Fujifilm X100F's most important qualities. After just a brief overview, we think you'll completely understand how to use it. Then, when you've got a few stunning images under your belt, it only get easier.

First of all, there is a very handy joystick control for setting your auto focus point. And manual focus has its own custom options. There is an easy to use and responsive control for the shutter speed, too. Plus, find two dials for even further control and fine tuning on the front and back. Design is definitely one of this camera's strong points.

Most new high end cameras have an advanced auto focus system. But we think the Fujifilm X100F deserves some special praise. For starters, it is one of the biggest improvements over previous models. The simple review of this feature is that it is lightning fast.

It's really a point and shoot quality that takes the guess work out of your focus. Maybe you'll be out for a hike and spot something you want to capture right away. No worries with this device. You can count on the auto focus feature to capture your subject right away. Of course, if you want to create your own composition, you can. The manual focus feature has lots of capabilities for the more advanced photographer.

What Photographers Have to Say About the Fujifilm X100F

The best advice often comes from people who have been where you are. And if you're looking for a great digital camera, it might pay to hear from other photographers. Those who have used the Fujifilm X100F have some great things to say about the small device. Of course, it's not all great.

We've taken a close look at the reviews available online. Find some of the most common pros and cons below. If it matches what you're looking for, we hope this camera brings you years of wonderful memories.

No camera is for every photographer. But the Fujifilm X100F does have a lot going for it. If you're still not sold, however, we have some more options. Find three of its top contenders below. Each has its own strong suit, so we think you should be able to find the perfect camera for you.

Whether you're looking for affordability or high tech options, today's market has you covered. The digital camera segment runs the gamut, but we've selected three of our favorites. If you want to look beyond the Fujifilm X100F, we think this is a great place to start.

If you're looking for a more affordable option that will still provide great images, check this one out. Panasonic has made some great little digital cameras in the past. But this one is especially powerful and packed with some important features. Sure, it's not as innovative or responsive as the Fujifilm X100F. But it includes a range of accessories and a really easy user interface. This might not be your primary camera, especially if you take photos professionally. But it could make a great easy addition on a trip or any photo taking opportunity.

Canon has a great history of creating technically precise cameras. And in the digital age, that has translated to some really incredible advancements. We think that if you're looking for a handheld camera, this is a worthy choice. A 20.1 megapixel device with powerful zoom, it will provide crisp, clean images. Plus, it is create with simplicity in mind. Like the Fujifilm X100F, it has a lot of bells and whistles. Also like that powerful camera, they are all easy to find and use when you need them.

Sony's entry on our list might be the best head to head competitor to the Fujifilm X100F. They have similar prices, comparable quality and many of the same features. It also boasts the world's fastest auto focus focus system. Plus, its Zeiss zoom lens gives you one of the best views of any camera on the market. It's smaller and more powerful than many others in its class. And we think it makes a great choice for anyone looking for this style of digital camera.

The Fujifilm X100F builds on a long heritage of great camera equipment.

And whether you're a pro or just a hobbyist, we think it's got all the features you will likely need. But there are plenty of other great options on the market. And we hope our guide will help make your decision easier.

Share this article with the photographers in your life. And leave us a comment below if you have any final thoughts or questions.