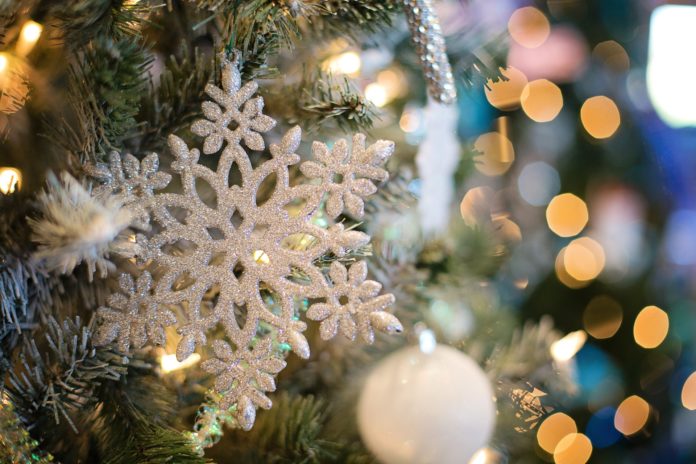 Christmas is such a wonderful time of the year for different cultures around the world.

But, are you aware of how different these traditions are amongst other countries? It’s fascinating how December varies depending on where you’re born. In this article, we’re looking at holiday traditions around the world and unique ways to celebrate Christmas.

Holiday Traditions Around the World

Depending on culture and traditions, countries celebrate Christmas differently. This can vastly reflect through decorations, food, and even the day Christmas is celebrated. However, no matter where you’re from, there’s magic spread around the world during this festive season. Christians all over the world celebrate Jesus’s birthday in many different ways. We’ve randomly selected countries around the world to look into ways they differ from the United States.

When researching holiday traditions around the world, we were drawn to France. In the United States, children write a letter to Santa. But, in France, it’s actually the law that children receive a letter back. In 1962, it became legal that a postal centre in Libourne, Gironde, reply with thank you and seasonal messages, on behalf of Santa. Gift-giving begins early in France, as celebrations begin on 6 December. Children place their shoes near a fireplace and sing traditional songs. When they wake up in the morning, their shoes are filled with gifts and treats. However, if they’ve been on the naughty list, they’ll receive twigs tied together instead.

A traditional main meal is taken place after midnight on Christmas Eve. This includes an array of oysters, snails, chestnuts, cockerels etc. A popular dessert shaped into a yule log is also served after, along with a glass of liqueur. These festive feasts continue into the New Year. Families gather to mark these celebrations and often bring custom cakes for guests. On 6 January, families traditionally buy a treat of galette des rois for the feast of Epiphany. Then, the family gather around to cut the cake. The youngest child hides underneath the table and randomly decides who should get each slice of cake.

Finally, the French take Christmas decorations differently to Americans. For example, the colour codes are random; you can expect silver, blue and yellows. Also, the quality of their decorations is more important than the quantity. When walking around France, you’ll be amazed by the decorative shop windows. With such unique Christmas scenes, it’s a spectacular to watch.

Australia’s Christmas is a lot different to America’s – starting with the season. Their December is in the summer, so they’ll typically spend lots of time outdoors. One of the most popular activities during the festive season is singing carols amongst candles. People gather at night outdoors to spread Christmas cheer. Also, you can expect to see people swimming, biking, surfing and sailing during December. Most families attend church together on Christmas Eve, and many children wait for Santa’s arrival when they get back home. During Christmas morning, it’s an exciting time. The day will begin with opening presents. Then, the family will sit together for breakfast, which usually consists of eggs and ham. Many families then attend a church service later that day.

Compared to other holiday traditions around the world, Australia is one of the most excitable at Christmas time. Families gather again for dinner. This traditionally consist of roast turkey and plum pudding drowned in brandy. Boxing Day is another festive, family-oriented time too. Many people leave tips for their postman, milkman and other service as a thank you for their service the past year.

Many people believe that Australia is the best place in the world to celebrate Christmas due to the hot season. The majority of families spend the 25 December on the beach with loved ones and making new friends. People are tanning, eating picnics and playing volley ball with one another. As a result, it’s a positive and loving vibe. Finally, the Christmas season is often radiating with outdoor music festivals. People take to the streets to unite through music and spread positive cheers.

China is another interesting place during the holiday season. Unlike the United States, only a small number of people have a Christmas tree. This is normally plastic and decorated with paper accessories. You’re more likely to see one in a shopping mall than in someone’s house. A popular tradition in China is giving apples wrapped in coloured paper as a gift. This represents peace and the fruit is eaten on Christmas Eve to bring calmness for the year to follow. There are many Christians in China, of which often attend Midnight Mass services. On Christmas day, many families enough a delicious feast. Typically, they’ll eat chicken, soup and roast pork – similar to their New Years’ food.

The Chinese believe that gift giving is an important part of Christmas day. By exchanging cards and gifts with loved ones, it’s an opportunity to show appreciation to others. It’s similar to how Americans celebrate Valentine’s Day, in that there’s a romantic essence. The Chinese love holding large parties during the holiday season. These vary by offering performances, cocktail parties, buffets and more. Many even embark in making a Chinese knot and porcelain to stick with the holiday traditions.

Another of the interesting holiday traditions around the world is in Italy. The festive season begins on 8 December and lasts until 7 January. The nine days leading up to Christmas is especially important for Italians. During these days, people remember the story of the shepherds visiting baby Jesus’ manger. As a result, Italian children often dress up as shepherds and go door-to-door in their area performing Christmas songs. Many listeners gift them money or sweets as a gratitude. During Christmas eve, crowds gather in St. Peter’s Square for the Pope’s mass. The Pope attends at the balcony and performs his blessings to a large group of people. Later, he adds a baby Jesus to the life-size nativity scene in the area.

Italians don’t eat meat on Christmas eve to prepare their body for food the next day. Christmas day tends to vary in Italy. Typically, people eat meat along with pasta. This meal is then followed by desserts which symbolize togetherness and peace. The festive season doesn’t end on December 25, but January 6 – to mark the 12th day of Christmas. On January 5, families usually prepare a meal to celebrate the holiday season. Depending on whether children have been naughty or nice, they’ll receive either candy or coal. Shortly after this date, markets and stores begin taking their decorations down.

Lastly, people exchange gifts after lunch on Christmas day. Instead of believing in Santa delivering gifts, some believe it was Jesus. On the other hand, some northern cities in Italy exchange gifts for children on December 13. They then open their gifts that day.

Lastly, another of the most intriguing holidays traditions around the world is in Switzerland. One of the most unique beliefs is that Santa visits on 6 December and not 24 December. However, he doesn’t bring gifts, with a bag filled with food to share amongst the family. On 6 December, Santa visits every family wearing black clothes and a black face. People invite him in, unlike in other countries where his appearance is a mystery. Sometimes, you could even spot him with an animal which carries the bag of goodies. Once inside the house, Santa reads aloud a report of how people have behaved this year. He’ll often provide a report for parents – which is read in a comedic style.

Also, baking is a huge holiday tradition in Switzerland. In particular, families will bake a variety of Christmas cookies. These are then arranged and gifted to relatives and friends in time for Christmas. Furthermore, Switzerland also have advent calendars, but these are presented differently to the United States. For example, people all around the neighbourhood decorate their windows with a holiday theme. With 24 houses chosen in the neighbourhood, each house reveals their window on an allocated day. You can expect nativity scenes, animals, candles and more.

Throughout Switzerland, there are numerous Christmas markets to get you in the holiday spirit. Many families take time off to gather and visit/support local markets in December. These markets are also extremely popular amongst tourists around the world.

What Other Holidays Traditions Around the World Do You Know?

December is such a wonderful time of the year where people gather together and celebrate love and happiness. There are so many ways in which holiday traditions around the world are celebrated differently. For some, it’s that they don’t have decorations similar to the United States. But, for others, they even celebrate Christmas on a different day entirely.

What other holiday traditions around the world do you know? Share some interesting facts and other cultures in the comments.

Related Article: Festive Things to Do in New York at Christmas to Get in the Spirit