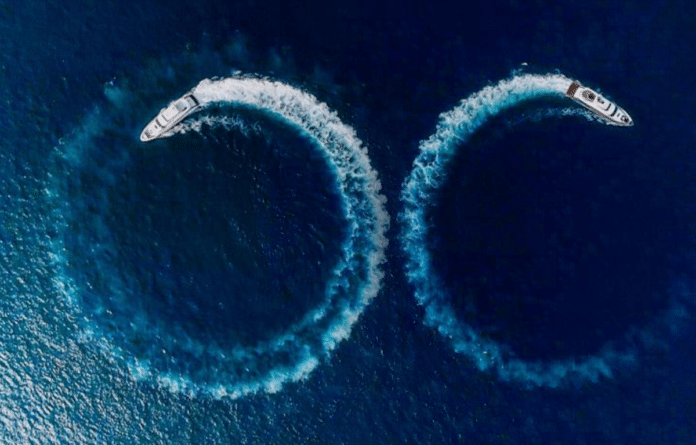 The award-winning Taiwanese Horizon Yachts Group has been in business for over three decades making custom Superyachts that take luxury at sea to the next level. After all, why ride around in a traditional boat when you can take your own luxurious fully furnished apartment out to sea, right?

When launched in 2014, the RP110 model allowed customers to put their individual stamp on each vessel with help from Horizon’s in-house naval architects.

When the first RP110 megayacht was unveiled, the Andrea VI, the design boasted a sporty streamlined design that retained the “family feel” of the previous RP97 yacht, only much bigger. The first RP110 was designed for a large American family that wanted the feel of a luxury hotel with large gathering spaces, including an expansive fully decked out eating area and large private master suites. 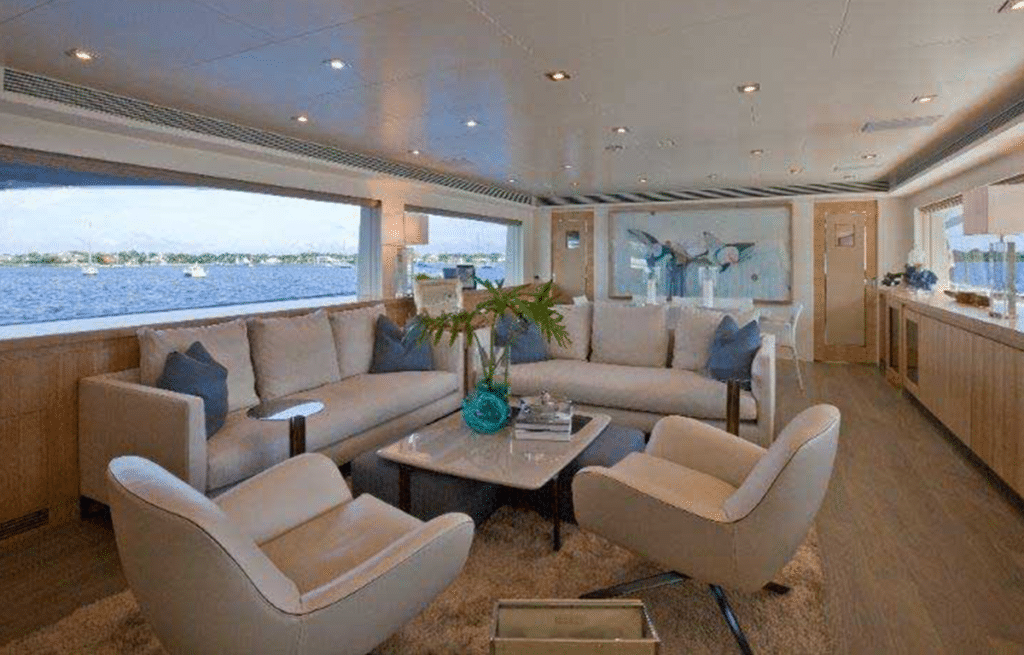 According to Yacht World:

“The Horizon RP110 bears styling by J.C. Espinosa, who has collaborated with the Taiwanese builder on many different projects. Note the blend of sporty and sexy lines. Horizon’s team joined forces with Donald L. Blount & Associates to design the double-chine hull, and to ensure a 23-knot top-end from the twin Caterpillar engines.”

Today, Horizon is celebrating the launch of two World Superyacht Award nominated Superyachts separated at “berth.” The two RP110 Superyachts launched together and will go to their respective owners in the U.S. and Australia. Horizon noted that there were many coincidences about the two lucky owners.

#HorizonYacht has launched not one, but two RP110s for owners in #Australia and the #UnitedStates. #yacht #yachts #yachting @HorizonYachtUSA pic.twitter.com/HFDIGhLgJz

“Despite hailing from different continents, these owners have shared a unique yacht ownership path, which began in 2012 when they each purchased a Horizon E78. From there the owners both moved into Horizon E88 yachts before commissioning their own RP110 Superyachts that, coincidentally, were tank tested together prior to being delivered in the same month.”

The American owner chose to commission Italian designer Luca Dini for a “casually elegant” design of the four-stateroom layout. The owner is an oenophile and chose to install a 150-bottle wine storage unit aboard the yacht. Imagine being at sea with a never-ending supply of wine. Sounds delicious.

The Australian owner commissioned designer Cor D. Rover, while the exterior features custom floor to ceiling windows and an elegant dark blue hull. The family can enjoy a climate-controlled skylounge on the bridge or sun themselves on 10’ 10” swim platform.

“The coincidences surrounding these two RP110s are most unusual,” says Horizon Group CEO John Lu, “and it has been our honor to be a part of this story. As the two newest RP110s begin their adventures on opposites sides of the globe, their owners’ stories will continue – with memories made aboard two beautiful, high-performance and well-planned Horizon superyachts.”

Horizon Yacht USA noted that this is the 14th consecutive year that Horizon Yachts has received recognition at the Asia Boating Awards.

“Horizon Yachts is once again the recipient of the “Best Asian Yacht Builder” award. It is the yard’s 14th consecutive win at the annual Asia Boating Awards ceremony, which was held on April 10, 2019 in Singapore.”

Horizon Yachts is once again the recipient of the “Best Asian Yacht Builder” award. It is the yard’s 14th consecutive win at the annual Asia Boating Awards ceremony, which was held on April 10, 2019 in Singapore. pic.twitter.com/f2fOQoKg5c

Take a close look at these twin beauties destined for homes across the globe below: