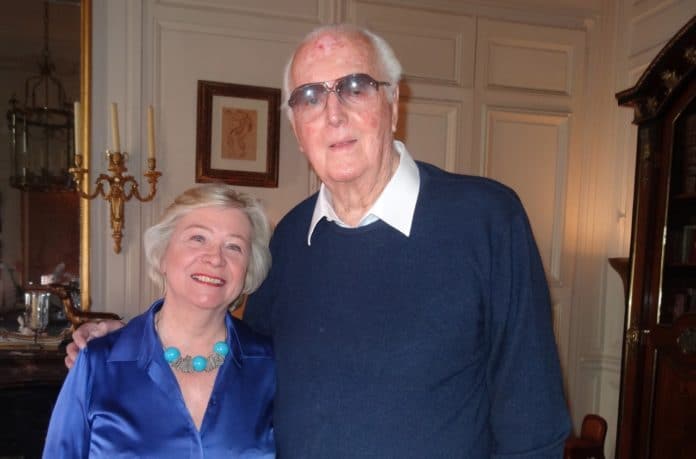 Fashion is one of the most creative industries in the world.

How often do you consider the effort that’s gone into the clothes you pick out of your wardrobe? Many of us just judge clothes on their appearance, rather than the history and passion gone into the creation process. In this article, we’re celebrating Hubert de Givenchy and everything he worked for during his fashion career.

A Bit About Hubert de Givenchy

While you've likely heard about Hubert de Givenchy, we've compiled all of the relevant information about his life, career, and legacy on fashion. Read on to know more.

Who is Hubert de Givenchy?

Hubert de Givenchy is a highly recognised name in the fashion sector. This French fashion designer created couture clothing and luxurious designs. Many of his clients included the infamous actress, Audrey Hepburn. His fashion legacy continues to rise in the fashion world, and it remains one of the biggest fashion brands in the world.  Born in Beauvais, France, Hubert de Givenchy, was the grandson of a tapestry-maker. Many say that his love for fashion and art was inspired by him.

Even right from the beginning of creating his brand, Hubert de Givenchy wanted to help women determine a strong presence in fashion. He liked to design separates so that women could mix and match their wardrobe as they wished. As a result, people could have a say in their creations and let their imagination run wild. As well as a talented designed, Hubert de Givenchy was an intelligent businessman. He launched a menswear line in conjunction with women’s material. His courageous spirit and creative energy clearly inspired many avant-garde designers. The likes of Alexander McQueen and more infamous designers were bred under his wing.

Finally, what made Hubert de Givenchy so popular was that he created ready-to-wear designs. He was one of the rare designers who had a sophisticated and romantic theme which still survives to this day. Audrey Hepburn even commented, “His are the only clothes in which I am myself”. This level of personality and energy was the ideal result for Hubert de Givenchy, and everything he aspired to achieve.

How Did He Begin His Fashion Career?

Hubert de Givenchy studied Art in Paris, but then later studied Law. However, his passion always lied in fashion. He began his fashion career at the young age of 17 as an apprentice for a Parisian designer. However, he moved on to become a designer for the next eight years for a fashion house of Robert Piguet. Continuing to work hard and build his experience and skills, Hubert de Givenchy opened his own fashion label, called Givenchy. This showcased an array of embroidered fabrics, creative accessories and glamorous coats and dresses. Many of his creations were used on popular models, and quickly became aspirational pieces in high fashion.

Hubert de Givenchy led a highly anticipated and courageous lifestyle. He quickly become one of the biggest names in fashion and everyone wanted to own his collections. In 1953, he met Audrey Hepburn for the first time. However, it wasn’t until eight years later, that he designed and produced the iconic little black dress worn in Breakfast at Tiffany’s. Still to this day, that dress remains one of the most iconic fashion moments in TV.

Hubert de Givenchy loved to push the fashion boundaries. As such, he presented his first shirtdress just a few years after launching his fashion brand. He continued to channel his creativity by introduced the brand’s first fragrance. Still with Hepburn by his side, she advertised and promoted his latest product. He received a huge amount of success throughout his career. As a monument to his life and awesome designs, an exhibition, Hubert de Givenchy, opened in France in 2017. Here, you’ll find all of his most notorious designs and facts about his life.

What Makes the Givenchy Brand So Special?

For over four decades, Hubert de Givenchy enjoyed developing creative designs for women in a variety of choices and styles. As a result, this provides wearers with a say in the overall tone of their wardrobe. During the beginning of his career, Hubert de Givenchy created men’s shirts from a variety of materials. He then asked people to choose their favourite selections. This level of expertise and care for his work is what made Givenchy such a notorious brand.

Hubert de Givenchy loved to play around with unexpected resources and materials with his designs. Therefore, everything he created was different from what the world had previously seen. As briefly mentioned earlier, Hubert de Givenchy didn’t have the intention to pursue a career in fashion. However, law and art didn’t quiet satisfy his desire to wake up in the morning. So, at the young age of 17, he relocated to Paris. You might be wondering what this has to do with the fashion brand, but it’s completely relevant. His strength, courage, and passion are all the qualities which helped to inspire his clothing. However, Hubert de Givenchy remained humble and respectful throughout the duration of his career. Collaborating with other high-end fashion brands, such as Christian Dior and Elsa Schiaparelli, this inspired another side to his imagination.

Also, the fabric Hubert de Givenchy used was another quality which made him stand out in the fashion world. He loved to take full ownership over his creations and create an edgy feel. People also admired how much Hubert de Givenchy was inspired by women. By promoting elegance, he wanted to make every woman in the world feel special.

Do You Know Any Interesting Facts About Hubert de Givenchy?

We hope this article has expanded your knowledge of Hubert de Givenchy. To this day, this fashion brand remains strong and has a bright future. His main goal was to create women’s clothes where they could truly feel themselves. Rather than covering up their body, he wanted women to feel empowered.

Do you know any interesting facts about Hubert de Givenchy? If so, share your thoughts and knowledge in the comments to keep this conversation going.

Related Article: The Most Expensive Clothing Stores to Keep You Dressed In the Latest High Fashion