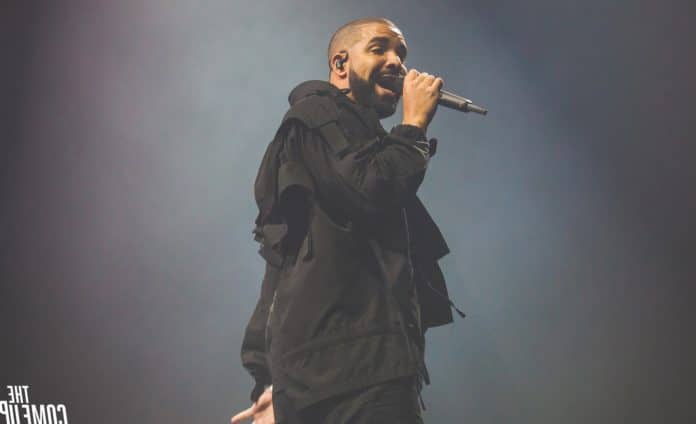 A new viral dance trend around Drake's new song has some people jumping out of moving cars and people could get seriously hurt.

For as long as there has been pop culture there have been fads, and almost all of them are questionable in hindsight. However, thanks to social media, fads of late have been “challenges” in which kids “do a thing” whiling filming it for the internet. This latest one comes from a song from Drake’s latest double-album, Scorpion. It’s a dance challenge, but for some reason, a number of people have decided to do their dances after jumping out of a moving car. Naturally, this rarely turns out well for the dancer. Confused? Yeah, so are we. That’s why we’re going to break down what this is, why people are doing it, and then share the videos of the funny fails.

What is the #InMyFeelings Challenge?

Drake released his much-anticipated double-album Scorpion last month, and was promoting the singles from the record. However one of the songs, “In My Feelings,” took on a life of its own after a comedian known as Shiggy shared the above video on Instagram. In it, while rocking a salmon-colored tracksuit and luxury sneakers, Shiggy dances to the opening bars of the song. After sharing it with his more than one million followers on the social media app, people (including celebrities) began to film their own versions.

Odell Beckham, Will Smith, Ciara, DJ Khaled, and the fellas from Netflix’s Queer Eye for the Straight Guy all posted videos of themselves doing the dance. Essentially, it’s a freestyle dance with four distinct elements. When Drake sings “Keke, do you love me?” you make a heart with your hands. When he sings “are you riding” you pretend like you are steering a car, a dance on its own known as “the whip.” Finally, when Drake sings “Say you'll never ever leave,” you wag your index finger at the camera, and when he sings “from beside me,” you push your hands out to the side. Beyond that, your creativity is the limit. However, some people are taking it a bit too far.

Why Are People Jumping Out of Cars for This?

Keekeeee do ya love me

It’s unclear where exactly the car connection comes into this. A few of the folks who did this challenge did so using a slow-moving car as a prop. Another Instagram celebrity, Dani Leigh, did her challenge from the driver’s seat of her car. Then she jumped out, with the car still moving, and danced up and down the street. Other verified social media celebs did it too, with one of them doing the challenge on the side of a busy highway. This has led to a number of people attempting to do this, but eating asphalt. So far, no one has been seriously hurt but that could change if this keeps up.

In the video above, you can see some of these attempts for yourself. There was one young dancer who definitely nailed the execution of the challenge. She dances while keeping pace with the car her friend is driving. However, just as she’s about to hop back into the car, her friend hits the brakes suddenly sending her into the open door and tumbling to the ground (in laughter). Kids will be kids, and stunts will be stunts. Still, if you are going to add your own take on the In My Feelings Challenge, make sure you’re safe about it.

The in my feelings challange to end all of them 🙁 pic.twitter.com/zTBdgrSkNs            --Jamie Corbett @justjamiie

So far, no one has been seriously hurt by this, but that doesn’t mean its safe!

The In My Feelings challenge is a cute viral dance meme that is fine on its own. But when people add dangerous elements like jumping from moving vehicles or dancing in traffic, that’s a different story. A handful of years ago when “planking” was the viral social media trend, a number of people ended up seriously injured, or worse, trying the stunt. If people aren’t more careful about where they do this, they could end up in serious, serious trouble.

So be safe out there, and dance happily! Remember to leave your thoughts in the comments below, and share the article online so your friends can get in on the conversation.