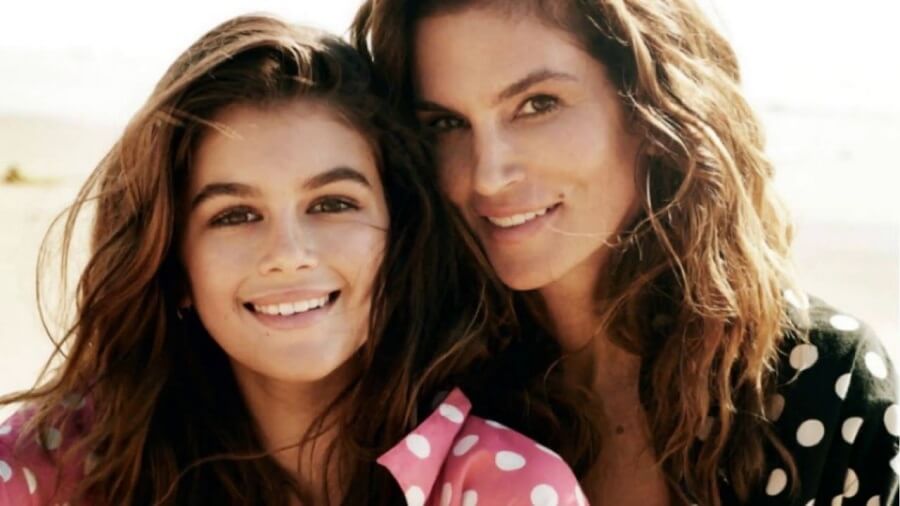 A charming natural smile and silky wavy brown hair. Kaia Kerber really shows off her supermodel pedigree on the cover of the 35th issue of Pop Magazine.

At 14 years of age, the Cool Teen has scored her first solo cover shoot for this British style magazine, catching up to her famous mother on the beauty runway.

Kaia Gerber on the Rise 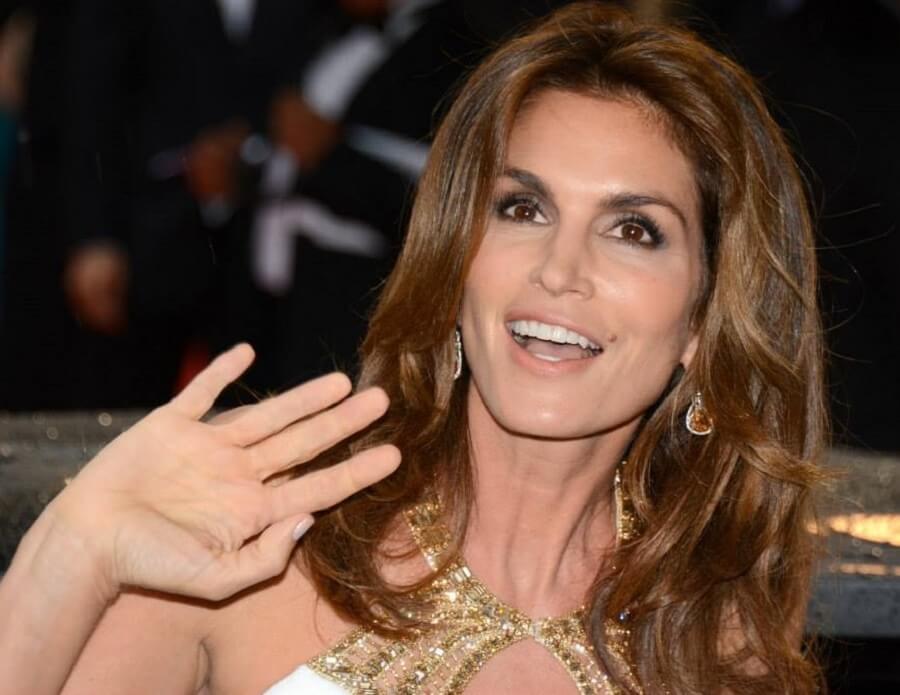 Cindy Crawford landed her first magazine cover when she was 16. In her new visual memoir, Becoming, the Vanity Fair icon revealed how a chance photograph by the pool of her high-school boyfriend kick-started her modeling career.

‘I was still a teenager and dreamed of becoming something big—a nuclear physicist or the first woman president, the two biggest jobs I could think of’, the DeKalb, Illinois beauty recalls.

Cindy Crawford went to Chicago, signed up with Elite, and the rest is history. Down the path of modeling she trod. 35 years later, her daughter felt the calling as well.

The daughter of Cindy Crawford and Casamigos businessman Rande Gerber has already opened some doors to her future modeling career. And she’s not even at the legal age to hold a driver’s license.

Kendall Jenner photographed her in an editorial for Love Magazine and she has shined in campaigns for both Chrome Hearts and Alexander Wang. She also featured in Interview, CR Fashion Book, and Porter. For the cover of Vogue Paris’s April Issue, she posed alongside her mom on a canoe trip.

In an artsy five-minute video for Miu Miu’s Scenique eyewear, Kaia Gerber literally follows in her mother’s blazing career trail. She looks impossibly glamorous as she emerges sun-soaked and fresh-faced from the Mediterranean-blue pool waters.

‘Could U B the most Beautiful Girl in the World?’

The cover line of Pop Magazine is a bit of a tease. Still, while flattering to Kaia Gerber, the question mark seems a little hesitant. 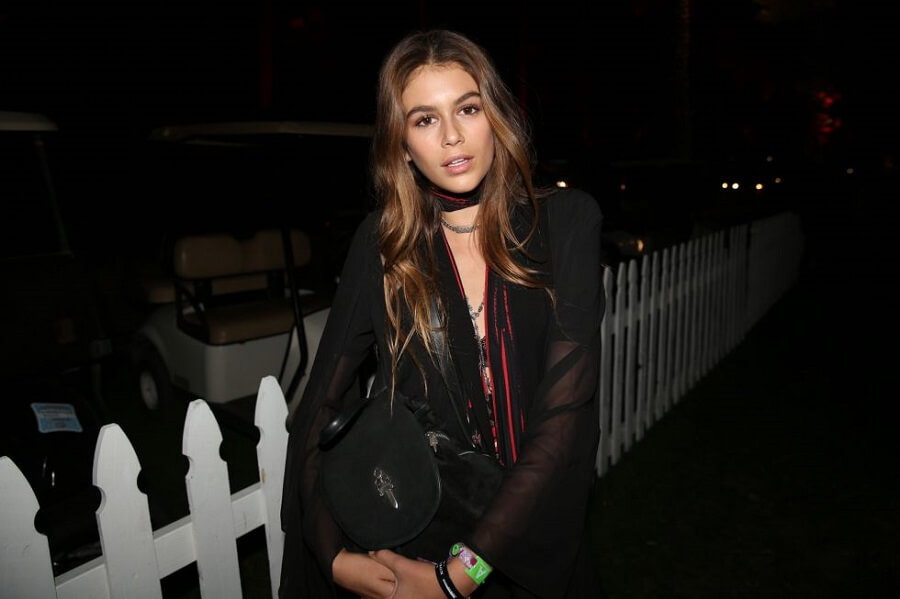 Kaia Gerber graced three covers for the September issue of this British publication, plus one more editorial that will be revealed in time for Paris Fashion Week. In one of them, Kaia is wearing a polka-dot top. She combines the 90s retro style with an inquisitive, head-tilted sideways look.

Photographed by British photographer Charlotte Wales and styled by Fashion Editor Charlotte Collet, the young model manages to pull off some playful and yet intriguing poses.

Genetics give her a hand, granted. But Kaia seems to intuitively know how to wear her gazelle lean legs, batting eyelashes, and those famous Crawford eyebrows.

Her mother agreed to the two separate POP shoots and the cover story. Plus, the parents gave the green light to a more informal interview done at their family home in Canada by another teenager. The latter task fell to Misty Heath, herself 14 years of age, and daughter of POP Founder Ashley Heath and star Sharleen Spiteri.

Talking to her peer, Kaia Gerber confessed to a secret childhood dream.

‘It’s not like I never dreamed it could happen because it’s really all I dreamed about’, she says mentioning her modeling career. She also declared her love for Rihanna and Drake and Snapchat filters.