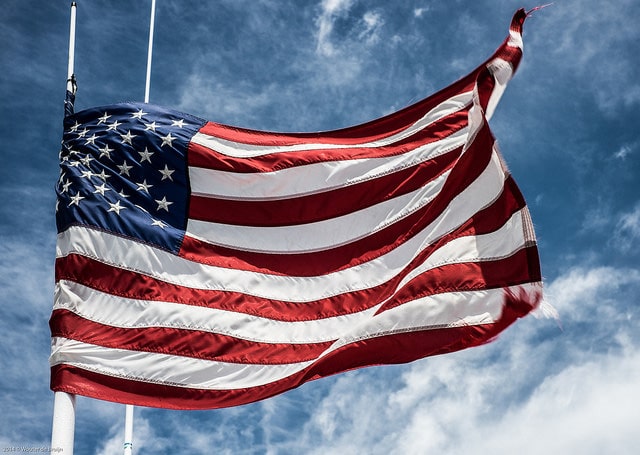 America. The land of all possibilities and dreams, simply the greatest country on Earth. However, it seems that a great majority of the items we use every day aren’t made in the U.S. So few are made here, in fact, that companies that have factories in the U.S. use it to gain the edge over their competitors. That’ why the “Made in USA” label has become synonymous with quality over the years.

Today, it’s more than that; it is about American pride, providing more jobs to locals, and encouraging a strong economy. However, the fact that President Trump has recently pressured businesses to increase their American-based production has raised some questions. What exactly does “Made in America” mean? Can brands simply import all the parts of a product, assemble it in a factory somewhere in South Dakota, and claim the product is American-made? What are the rules?

Is It Really Made In the USA?

When it comes to the “Made in USA” label, the U.S. Federal Trade Commission (FTC) is responsible with setting the rules. In fact, the FTC has the power to file lawsuits against companies that mislead customers into thinking their products American-made. To understand what certifies a product for the “Made in USA” label, you should know that the FTC recognizes two types of claims from companies: qualified and unqualified. Let’s break it down, because we know it sounds confusing.

According to the FTC, for a product to be labeled “Made in USA,” all (or virtually all) of its parts must be made on American soil. If the company meets this norm, it can put a sticker, imprint, or anything else that says “Made in USA” on their products. At the same time, it also means the company is able to prove the authenticity of the claim, should another company question it. That brings us to the second question: What does the FTC describe “all or virtually all”? While the commission doesn’t specifically say what it means, it does say that “the products should contain no – or negligible – foreign content.” To make it clearer, the commission gives an example on their website:

“A company manufactures a grill where the knobs and tubing are imported from Mexico. The grill would constitute a valid unqualified “Made in America” product because according to FTC standards the knobs and tubing would be considered negligible parts compared to the rest of the product.”

This category is the one that Consumer Reports said it caused confusion among consumers. A qualified claim is the one that appears on Apple’s product packaging. It says “Designed by Apple in California, Assembled in China.” Apple wants its customers to know that even though the final product is not constructed in the States, all the designing and functionality of that iPhone or iPad was done by employees in America. The FTC has another example to illustrate qualified claims:

“A company imports the base of a lamp into the country and assembles the lamp at one of its factories. The base of a lamp is pretty important to the product as a whole, so claiming that the lamp was made in America would be misleading.”

The main importance of these types of claims is given by the fact that companies and brands have a lot of free rein when it comes to what they call themselves, if they have an American-themed logo or an American slogan. However, not one of these aspects guarantee the fact that the company’s products are “Made in USA.” In fact, it’s much more likely to buy American flags that are China-made than American-made.

In other words, the FTC will make no complaints as long as the packaging is labeled correctly (i.e., it says where the product was made). This is exactly what caused the confusion in the first place. American Glove Company, for instance, sounds like a company that would make its products here. In reality, however, its labels say “Made in Vietnam.” 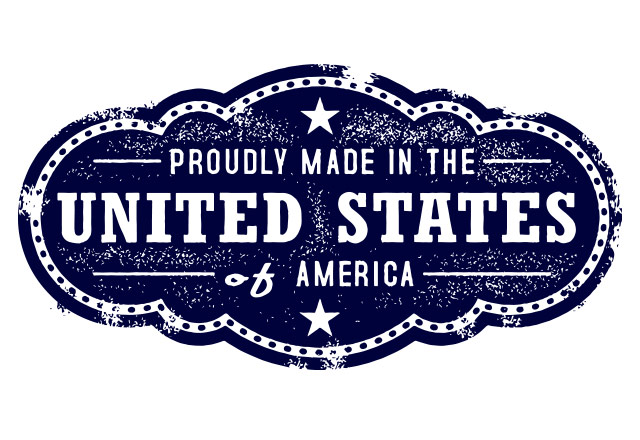 The Comeback of American-Made Products

Things are about to change in the American-Made products, however, or least that was the result of a new nationally representative survey by the Consumer Reports National Research Center. It seems that 78 percent of Americans would rather buy a product made in the U.S. than an identical one made abroad. Given the high percentage, the brands will want to start tapping into this profitable advantage.

The consumers’ increasing desire to purchase locally made products might have something to do with the Great Recession. One of the effects of the economic downturn in 2008 was that it opened the Americans’ eye to see just how many jobs go overseas. At the same time, it caused people to become more aware of the products they purchased and their origins. More than 60 percent of the surveyed people also said they are willing to pay more for American-made clothing and appliances. The study also revealed that more than 80 percent of people believe buying local helps keep manufacturing jobs in the country and keep the country’s economy strong.

Made in USA: Luxury Sector

But how does this tendency affect the luxury industry? In spite of President Trump’s pressure for other businesses to ramp up their local production, experts agree it’s unlikely for the “Made in USA” to take hold in the luxury sector anytime soon. Designer labels would have to deal with major headwinds if they would want to start producing goods in America, including the shortage of raw materials and the inadequate infrastructure.

One of the biggest challenges luxury brands would face is finding enough factories to fill their orders. According to the latest data from the U.S. Census Bureau, the number of apparel manufacturing establishments in the United States dropped 58.2% from 2000 to 2014, to a new low of just 6,891.

But even if the production would not be a problem, the luxury labels would still need outside resources for their raw materials. Hermes, for instance, would no longer be able to make its Birkin bags; you can’t find crocodile skin for sale in the U.S. Meanwhile, India and China are still headlining the silk production worldwide.

Labor is another obstacle the luxury sectors would encounter, but not the reason usually cited. True luxury items are often handcrafted in France, Italy or other high-cost countries; switching to U.S. production would require a similar wage for workers.

And after all of those headwinds, we still haven’t touched on the bigger issue here. Even if the U.S. would have enough trained seamstresses, tailors, and craftsmen to fill demand, stitching luxury products here could take away some of the “products’ allure.” Many people may buy the brand because of its French history, or its Italian value. So what would this do to the credibility of the brand?

On the other hand, the “Made in USA” movement seems to make more sense for luxury brands with American roots, such as Shinola. It’s a brand which takes pride in its Detroit roots and their American-made watches. Moving their production – or some of it – to the U.S. would allow them to leverage their domestic heritage as a selling point.

Another fact that could bring the production back on U.S. soil is the growing popularity of the “see now, wear now” trend. Designer Rebecca Minkoff was quoted by the CNBC saying that her brand leans on local production in NYC and LA to speed up the process of getting designs from the sketching studio to the selling floor. Minkoff hopes the brand would eventually make all of its products in the U.S.

Still, these initiatives are unlikely to make a significant change. According to American Apparel & Footwear Association’s data, only about 3 percent of the apparel sold in the U.S. today is “Made in USA,” compared to about 46% two decades ago.

“We speak to a lot of our members and they’re all rethinking how they do business,” Rick Helfenbein, president and CEO of the AAFA said about his trade association’s 1,000-plus members. “That doesn’t necessarily mean that you’ll see a tremendous increase in U.S. factories doing this, but there will be an attempt to use more U.S. fabric to run pilot plants [here] to see if things can be delivered quicker.”