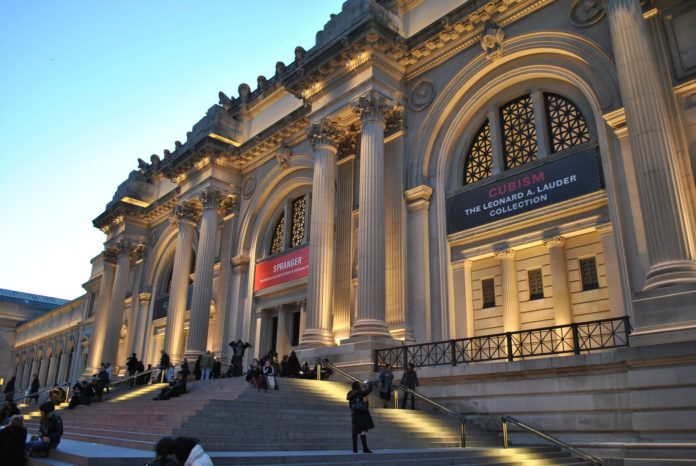 It’s official. The wait is finally over. Max Hollein, an Austrian art historian has been named the new Director of the New York Met.

This announcement came right after the previous Director of the New York Met suddenly resigned after an eight-year tenure. Why, you ask? Well, amidst fiscal woes, delayed plans for major renovations, and a rumored affair with a staff member, it was just waiting to happen. While the future of the Met still remains to be unseen, there's no doubt that the institution will be in for a fresh perspective with Max Hollein at the helm.

Who is Max Hollein Anyways?

Hollein certainly has a great deal of experience to bring to the table. He arrives in the New York scene with a reputation for excellent work as Director of the Fine Arts Museums of San Francisco. He has accomplished quite a great deal in a short time, including implementing digital programs to broaden the museum’s appeal to the millennial audience.

Before his stint in San Francisco, Hollein ran a trifecta of other museums in Frankfurt, Germany. At one of the more prominent German museums, the Stadel, Hollein oversaw a sixty-nine million dollar project renovation. His keen eye for building runs in the family, as his father was a Pulitzer prize-winning architect. Perhaps you’ve heard of Hans Hollein?

So What Does the Appointment of Max Hollein Mean For the New York Met?

It’s clear the NY Met’s board have gone above and beyond to choose a strong leader. Hollein bridges the gap between art and technology -- a smart move for the museum. For the first time in over sixty years, they've branched out and hired an artistic outsider.

We have complete faith in Hollein to do the job and exceed expectations. Hollein said in an on-site interview,

“The NY Met is one of a kind. The museum has the opportunity to be not just an art destination.”

It can blossom and become “a major provider of understanding and different narratives to a global audience.” Certainly Hollein's vision will draw in patrons of the arts to bring the Met new life.

After a period of financial turmoil, we are excited to see such a fresh talent come into the Met. Hollein possesses a strong knowledge of fundraising, contemporary art, and a track record of digital creativity.

Related Article: Art: The #1 Purchase Made by the Wealthy Last Year