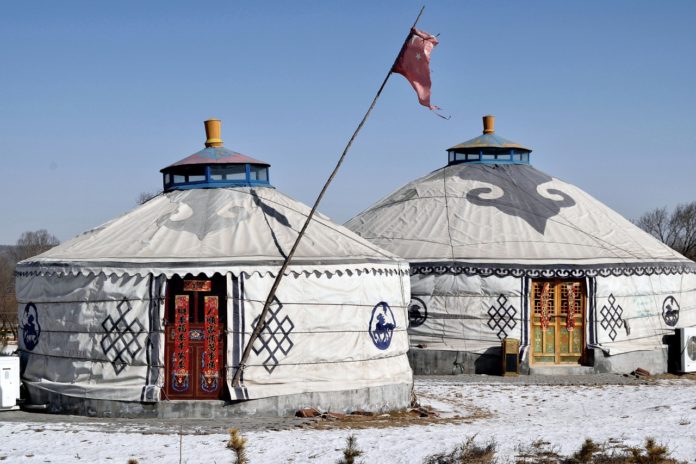 There's plenty to intrigue any historian in the origins of Mongolian culture.

And if you're a casual observer or a repeat traveler, you'll find the makeup of this country fascinating. The features that make a nation unique vary widely. But Mongolian culture and traditions run deep within the country and around the world. We'll be exploring what brings this largely nomadic nation together with a sense of unity and stability.

That type of historical exploration can be interesting regardless of the country. And we think Mongolia is especially worthy of consideration. A vivid and dense history has shaped the country as it exists today. Unlike most other places on earth, that history is still on display through Mongolian culture nationwide.

What Can You Learn From Mongolian Culture?

Whether you want to relocate, visit or just expand your horizons, you'll want to know as much as possible. While we can't cover everything, you might be able to guess a few of the main points. As with almost any nations, there are a few traits that tend to bind groups together. Over generations, these create a lasting culture that becomes a permanent part of its legacy.

Let's break it down into the most obvious categories. From borders and language to literature and art, all input helps create the overall culture. And in Mongolia, it is truly a tradition worth studying. 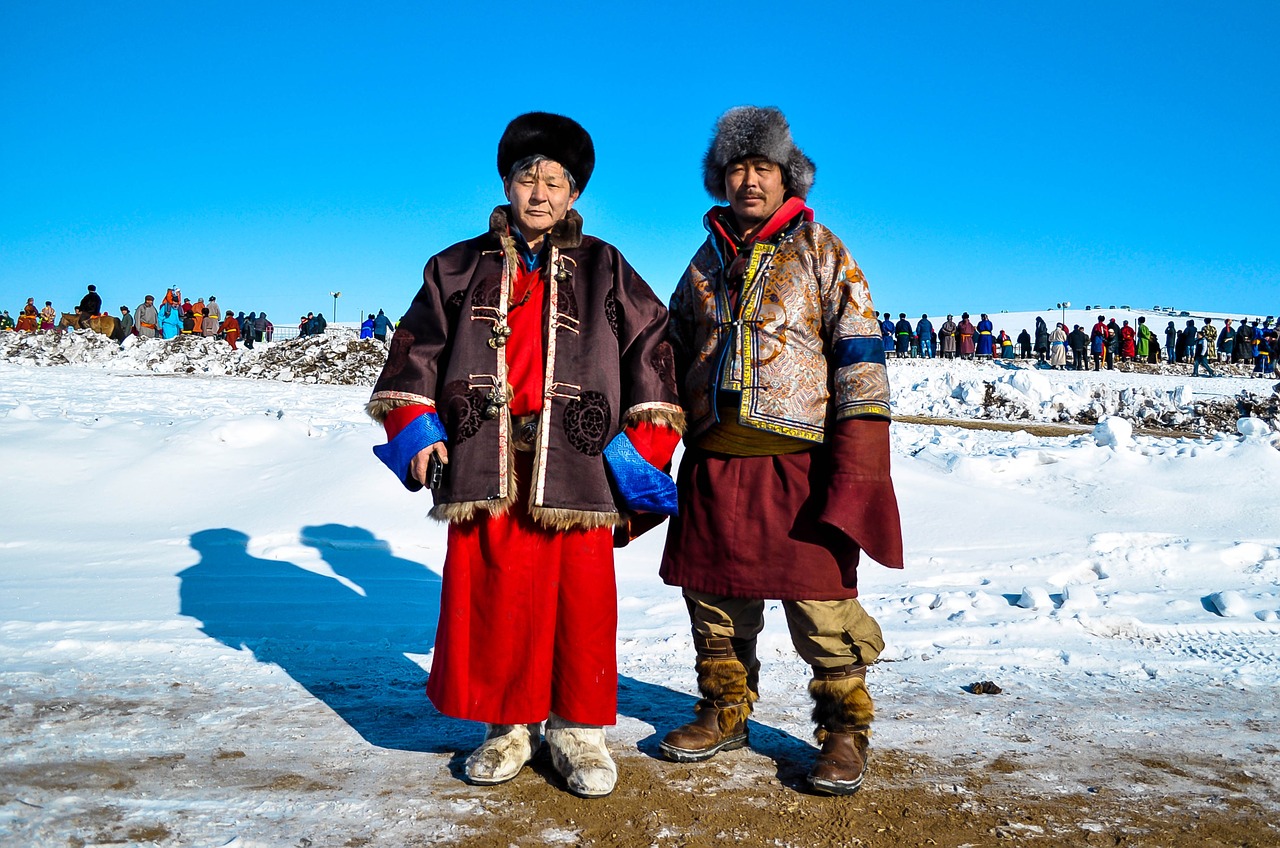 What Is the Traditional Language of Mongolian Culture?

It might not surprise you to learn that the national language is Mongolian. But what do you know about the language itself? As it turns out, there are many other world languages related to it. They are collectively called the Ural Altaic family. And in addition to Mongolian, they include Turkish, Kazakh, Finish and Korean.

The majority of more than 10 million native speakers live in Mongolia, China and Tibet. There's also a pocket of Mongolian speakers in New Jersey. Within the nation of origin, it is typically written in Uyghurjin. This is the traditional way of writing and a cornerstone of Mongolian culture.

Whether you've visited the country or not, you might know about its history of nomadic lifestyle. For many generations, these inhabitants have moved with the seasons to optimize their harvest. They raised livestock and set up camp in various places. That tradition still lives today in camps across the country. The type of structure most associated with these nomads is called the ger. And it is the housing most closely associated with Mongolian culture.

These structures are the forefathers of the mobile home. Traditionally made of wooden lattice and leather, these intricate tents can be put together and taken apart. When it's time to move, you can use about three camels to haul away the entire home. That even includes the cooking apparatus typically included in the center of the ger. A typical family can live inside the structure, which is built to withstand the elements. It can keep you warm or cool, depending on the needs of the day. If you travel in the right spots through Mongolia today, a ger camp might just welcome you for a visit.

What Is the Primary Religion in Mongolia?

One of the oldest religions to be practiced in the region is also among the most common. Mongolians began practicing Shamanism when the faith replaced a religion focused on the god of blue skies. That earlier belief system taught of mother earth and father sky tying the universe together. Throughout history, the Mongolian culture has included worship of different natural elements. And to this day you'll find adherents to the Shaman belief.

There are also many Buddhists in Mongolia, dating back to the king's conversion to that faith centuries ago. Buddhist leaders including the Dalai Lama have visited and supported Mongolia. Some in the country combine elements of Shamanism and Buddhism in their faith. A few minority religions also exist within Mongolian culture. The most prominent is a Muslim community concentrated on the western side of the nation. In total, these Muslim account for some six percent of the overall population.

What Types of Music and Art is Mongolian Culture Known For?

While Mongolian music might not be universally known, it is incredible to behold. For starters, there's a type of performance known as throat singing -- or Urtiin duu. This dates back to the 13th century and will introduce you to sounds you've never heard from a human voice. The complex and diverse tones you'll hear are the result of immense training and years of practice. There are other time honored ways of performing music, including Mongol Khoomii. This is another way of singing that requires the performer to strictly control air and breathing.

Want some instrumentation with your singing? Be sure to check out the Morin Khuur. This device is also known as the horse headed fiddle and is integral in many types of Mongolian music. It has clear ties to an even older stringed instrument from China. And it remains one of the most popular instruments for those in Mongolian culture.

We'll also include sporting events in our study of arts and humanities. You'll find plenty of pastimes for locals to either watch or participate in. Among the most popular are archery, wrestling and racing -- specifically equestrian races. In fact, these three sports make up what Mongolians refer to as the Three Games of Men. And each year, you can find a competition to find out who reigns supreme. The Naadam Festival provides the setting for this nationwide demonstration every July.

In more recent decades, there has been an international influence in the sporting scene. For more than 70 years, the Mongolian Sports Committee has helped organize these leagues. Some of the more modern sports now prominent in Mongolian culture include basketball, football and volleyball. Skating, track and field and mountain climbing are also popular. Whether organized or just taking advantage of natural terrain, there are many activities to enjoy. Among the other competitions staged regularly in Mongolia are chess matches and motorcycle races.

What Is the Naadam Festival & Why Is It So Popular?

While the sports themselves might fit in the category above, we felt this festival deserved its own entry. And each year, you can find out exactly why it warrants such a deep exploration. It is among the most popular events on the calendar in Mongolian culture. And its roots go back to the earliest days of the nation and its inhabitants. In fact, experts believe the type of wrestling on display at the Naadam Festival is about 7,000 years old. But it is still being practiced and perfected to this day. See it on display at the annual traditional festival and get an idea of the rules. Basically, you're out if you hit the ground with your knee and elbow.

For younger competitors, there is the horse racing aspect of the festival. Kids between 5 and 12 years old can take part in the competitions. It builds on the storied history of this nomadic lifestyle. Mongolians have traditionally learned to ride on horseback at an early age. And it has also been a timeless form of travel when seasons change and it's time to pack up the camp. During the festival, riders are required to navigate obstacles and other natural features on the track.

Then there is archery, which rounds out the Three Games of Men. And Mongolian culture has records of this sport being part of the national experience since the 11th century. You'll find some variations, but the traditional bow is typically used in these competitions. It is a compound bow that is made of various materials. Most notably, the construction includes bark, wood, sinew and animal horns.

What Does Mongolian Culture Mean for Me?

This is a fun country. And an annual festival calls attention to that fact. There are wide stretches of rocky terrain. A huge city brings in all the comforts of modern society. Nomadic tribes keep tradition alive through their way of life. It all comes together in a nation unlike any other. You don't want to miss the experience. And Mongolian culture is a big part of enjoying any trip to this destination.

There's so much more we couldn't get to. But we think this is a great place to start. And we hope you agree there's plenty more here to get excited about. Do your own digging and find the parts that interest you the most. Then plan a trip that will be packed with memories you won't soon forget.

Learning about Mongolian culture can really enhance any trip to the region.

And if you're planning to visit, you'll find many reminders of the traditions and rituals behind it. Regardless of your reason for having an interest in this region, learning more can help you understand. Context and nuance are features hidden within this nation's past and modern societies.

We hope our guide has helped illuminate a few of the features that make Mongolia what it is. If so, share this article with the world travelers in your life. And leave us a comment below if you have any final thoughts or questions.