Few rewards in life are as immediate as enjoying one of the world's most expensive cigars.

Cigarette smoking has all but been eradicated in public these days. But there's a reason cigar aficionados have carved out areas to enjoy their passion. Cigar bars and other spots are great places to gather and spark a stogie. While that can be fun no matter what you're lighting, truly great cigars make the experience perfect. Like picking the right spirits to enjoy in your drink, cigar choice makes all the difference.

What is the appeal of the most expensive cigars?

Like anything available on the free market, cigars are priced only as high as customers allow. So those that rise to the upper echelon of that scale truly offer something special. In some cases, it is rarity. That could be due to import restrictions or limited supply from the manufacturer. There is also the element of quality, which runs throughout our list. The simple fact is that you can tell immediately when you've taken the first puff of a great cigar. Pay attention to a few key factors below when judging the most expensive cigars. Each seems simple, but perfecting both is a complex and elusive pursuit.

Things to know about cigars:

We've identified a few key elements to help you determine whether a cigar is worth your investment. The most expensive cigars take each of these factors to the stratosphere. But they are also important to keep in mind even when purchasing an everyday cigar.

Naturally, you'll want to make sure your cigar uses premium tobacco. The taste and aroma of these selections varies widely, though, so experiment to find your favorite. A lot of this comes from where in the world the leaves are harvested. That's a big reason you'll see certain countries of origin command premiums for their cigar products.

Unlike enjoying smoked tobacco in a pipe, the cigar experience relies on a quality wrapper. After all, it will be burning along with the tobacco. You'll find different types of wrapper, often infused with other flavors, to meet any taste. But the mark of a great wrapper really comes down to craftsmanship. Hand rolled cigars can provide the even, satisfying burn you're looking for in the most expensive cigars.

Cigars come in a variety of shapes and sizes, each with their own unique selling points. A lot of it will depend on the setting in which you expect to enjoy it. Among the most expensive cigars in the world, you'll usually find examples on the larger end. But then there are cigarillos, petites and other cigars geared toward more regular smokers. And you have to add in unusual examples like the culebra with its distinct intertwined look. Rolls like the torpedo offer a wide cigar, compared to the longer, narrow panatela.

Select the most expensive cigars to accentuate your mood and tastes.

You might make a choice designed to show off a bit with your friends or clients. Maybe you prefer a sweet aroma as you relax with a cocktail after a long day. No matter what you're looking for in a cigar, you can find it among the elite choices on the market. We've identified a few of our favorites and hope to help spark a new passion for an old craft.

There are a few reasons the Cohiba Behike commands a premium over ordinary cigars. First released in 2006, the 52 ring gauge was the first cigar offered in this lineup. Almost immediately, the beautiful, aromatic blend was a hit with aficionados. Cohiba responded by expanding its Behike offerings, but that wasn't enough to satisfy fans. With initial prices hitting nearly $500, the costs have moderated in the years since. But they still don't come cheap.

After an 18 month absence, smokers celebrated the return of this iconic cigar in 2016. At the time, Imperial Brands' Fernando Dominguez explained the lapse in production the the Cuban cigars. He said a perfect product requires perfect tobacco, and weather hadn't cooperated. When the Behike came back on the market, he promised the same distinct taste fans loved.

"One of the characteristics of the Behike is a new leaf that we added, medio tiempo," he said. "It comes from the two top leaves of the plant that are more difficult to get. That's the reason that explains the flavor, the taste and the scarcity in the raw material. That explains the limited quantities." The Cohiba Behike BHK 52 was awarded Cigar Aficionado's Cigar of the Year in 2010.

You'll probably have to do a little shopping if you want to hunt down one of these stogies. This Arturo Fuente is in high demand for its rarity, quality and even whimsy. It is expertly crafted without taking itself too seriously. That is evident in its name, the acronym BBMF. We'll tell you the first two letters stand for "Big" and "Bad." You're on your own to figure out the rest.

These have been available since 1995, but are exceedingly hard to find. Local cigar shops are unlikely to carry them. But once you've found a carrier, you're likely to become a return customer. These large, hand wrapped cigars have a reputation as a sophisticated smoke. Even with an over the top name, the product is refined and elegant. Whether you smoke it or store it as a showpiece, this is one worth consideration. It's among the most expensive cigars around and will set you apart as a cigar club heavyweight.

If you know cigars, you're probably already familiar with Regius. This British company produces some of the finest cigars in the world. Its Black Label cigars are among the brand's consistently awarded products. But that's not what makes the Double Corona one of the world's most expensive cigars. Placing an order for this extremely rare offering gives you a pass to join an exclusive club.

When you contact Regius with this request, you'll start with first class air travel. You'll fly to the company's headquarters where you'll get to help develop the blend used. When you leave, you'll take 1,000 of your unique creations with you. One businessman made the trip in 2013 and the experience cost more than $50,000. He described the flavor as sweet and the sensation as smooth. If you value the experience as much as the product, this one might be worth the cost.

One of the most expensive cigars available is made in small batches by Royal Danish. The King of Denmark commands as much as $150 per cigar based largely on its fine quality. But there's much more that sets this one apart. For starters, there's the Swarovski crystals embedded into each wrapper. Then there is the gold foil accenting the ring. And finally, each buyer gets his or her name embossed into that foil. It's a sight to behold and a really impressive piece to show off.

The King of Denmark is much more than some fancy packaging, though. As is the Royal Danish Cigar Company's tradition, it makes use of excellent tobacco. And this cigar has arguably the most sophisticated blend among them. Plus they are ultra exclusive. Only 30 of these hand rolled beauties is crafted each day.

Maybe you've had the pleasure of lighting a Gurkha cigar in the past. If so, you're probably not surprised to see one of its signature blends show up on this list. Not only is it one of the most expensive cigars, it backs up that asking price with loads of class. You can expect to spend about $750 for one cigar. That will translate to roughly $15,000 per box.

But just look at what you get. First, there's the perfectly aged tobacco. It is aged 18 years, resulting in a one of a kind aroma and burn. The truly unique taste is further refined by another layer of luxury. Every example of this high end cigar is literally soaked in good taste. To finish each cigar, rollers dip them in Louis XIII de Remy Martin cognac, which goes for $2,500 a bottle.

It might not come as a surprise to find another Arturo Fuente on the list. Not only does this company make some of the most expensive cigars, they are extremely popular. The AniverXario was produced in commemoration of the company's 100th year. It was released at the time as a limited run. They were only available in special humidors created for 96 cigars.

It was much more than just the exclusivity that earned these cigars such high regard among aficionados. There's the natural wrapping and seven years that went into aging the tobacco. Then you can expect the care and effort that goes into making all Arturo Fuente cigars luxurious. And if you could get your hands on a box of these, it would set you back thousands. But you'd get it in you choice of wood. Each box was crafted from either walnut, maple, sycamore or ebony.

There's more to a great cigar than a clean, smooth burn.

If you're in the market to spend dozens (or hundreds, or thousands) on a single cigar, you want an experience. And the most expensive cigars around will provide exactly that. We didn't include some of the extreme examples of costly stogies. Many of these earn their price tag because of antiquity or sheer size. While novelty obviously plays a role in each of the most expensive cigars, we stuck to more mainstream choices. These are cigars you could legitimately spark in your den or at the cigar club.

We hope you enjoyed our picks. If these beauties inspired you to step up your game, share this article with your cigar loving friends. And let us know what your favorite cigar is in the comments section below. 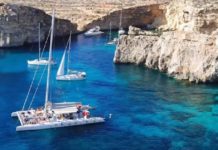 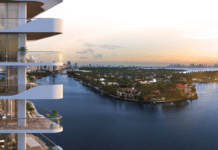