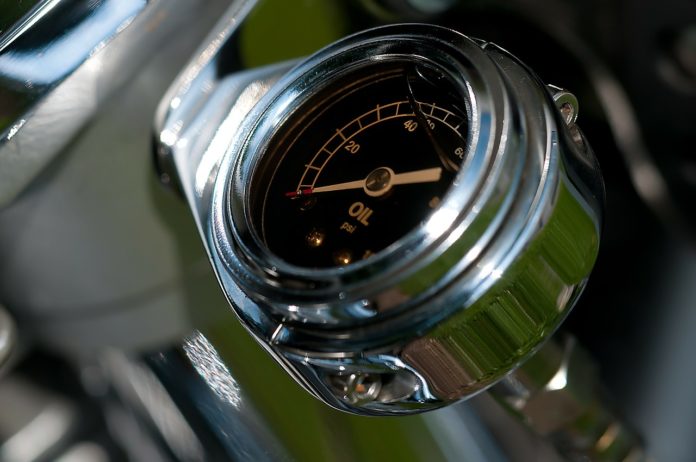 Buying the most expensive motorcycle around doesn't always mean you're buying the best.

But it's true that the bikes with the highest price tag are offering something to justify the premium. So we decided to take a look at a few of the most expensive motorcycle brands ever to hit the market.

What makes them so costly? Each one has its own claim to fame. Some are exceedingly rare. Others have unparalleled power on two wheels. A few simply sought to break the mold and come up with something altogether unique.

But they all kept fans riveted and buyers clamored to shell out big bucks when they became available. You might not be able to go out to a dealership and buy these bikes today. Collectors have scooped them up and often watched their values soar. And if you've got enough cash to entice them, you might be able to have one of these incredible machines.

Aside from the price, there isn't much the most expensive motorcycle models have in common.

Some have historical significance or incredible artistic appeal. Others are futuristic in their design and seem to reimagine the mode of transportation. Then there are those built for speed and represent some of the fastest of all land vehicles. Or perhaps you're more interested in those built to nimbly navigate even the trickiest terrain.

Whatever you value most in a motorcycle is probably the specialty of at least one brand. And if you have the cash, the most expensive motorcycle to fit the bill can be in your garage. But considering the six figure -- or higher -- investment, you might think twice before pushing it to the limit.

Maybe you're familiar with the Ecosse name among superbikes. It's responsible for some of the most insanely powerful and beautiful machines on two wheels. But even in that company, the Spirit ES1 stands out from the pack. Only a handful were ever crafted. And they were made specifically to fit the owner's specifications.

No matter who got one, however, a two week course was required prior to purchase. Since this bike is so much different and more insane than almost any other, it took some getting used to. First of all, it's lighter than you could possibly imagine. And that's obvious in the absence of a chassis framework. The design allows for some elegant solutions to weighty problems. And the result is a bike that conforms and performs unlike any other.

From an unmistakable look to carbon fiber construction throughout, you'll be impressed. But unleashing the power from an inline four engine will take your breath away. It's the result of a joint effort between engineers in the U.S. and the U.K. And it performs with the highest of standards from both nations. But perhaps nothing explains its multi million dollar price tag like its exclusivity.

If you could afford to plop down nearly a quarter million for a set of wheels, this one would let you fly. Sure, that sounds like a hefty sum. But if you know Ducati -- and want its top of the line -- then you probably understand. Underneath the superbike accesories is a Desmosedici D16RR bike. On its own, that brand nearly qualifies to be included among the most expensive motorcycle designs.

But Ducati was just getting started. To make the NCR Millona 16, it completely redesigned and intensified the base vehicle. For starters, there's the extensive use of carbon fiber. This makes it much lighter and gives the powerful motor more oomph. In addition to the frame and wheels, the lightweight material is used in many other parts. Among them are the swing arm, tail, fenders and fuel tank. But the weight saving measures also extend to the choice of other parts. Designers used titanium bolts and other items where possible. And advanced aluminum finishes up the lightweight details. In total, it reportedly rings in at just 319 pounds. Not quite the lightest claim on our list, but pretty incredible when you think about it.

As for the engine itself, the base motor makes about 175 horses. But after it's tuned to perfection by Ducati, you can squeeze more than 25 extra horsepower out of the machine. And other features, including the advanced suspension and high tech functionality make it a state of the art bike.

You might not immediately associate the Dodge brand with motorcycles. It's known for big trucks and powerful muscle cars. And if you could combine those qualities into the design of a bike, you'd have the Tomahawk. It might be exactly what you'd imagine if you heard Dodge would be producing one of the most expensive motorcycle models on earth.

For starters, it features the same V10 power train found under the hood of the Viper sports car. And with 500 horsepower from the supercharged engine, you can tell this is no ordinary bike. Alas, this thing was never widely available for purchase. It was tested, though, and the performance is perhaps what you'd expect from such an unbelieveable beast.

It hit 60 miles per hour in roughly 2.5 seconds. Though no one documented it in real world testing, its top range potential is incredible. Forecasts suggest it could hit 400 miles per hour. The Tomahawk came out in 2003 and immediately caused a stir. There are the four wheels and the absolutely massive frame. Then there is the price tag estimated to be north of half a million dollars.

You'd have to look long and hard to find a superbike that would demand such a premium price. And unless you were familiar with the Limited Edition Fighter, you might think that's strange. After all, Neiman Marcus makes a lot of high end luxury goods, but the most expensive motorcycle? Turns out this company has set the standard there, too.

If you were able to get your hands on one today, expect to pay many times more than its initial price. And to be sure, the $110,000 Neiman Marcus initially asked for it is no chump change. But it's breathtaking design, crazy power and limited availability sent that price soaring. You could expect an example of this rare bike to fetch as much as $11 million, if not more. There might be some motorcycle fans who think this thing looks to ferocious. Indeed it barely resembles a bike at all from some angles.

But it is all for a purpose, and we think the end result is a uniquely beautiful machine. It is striking in its material choices, resembling a brand new creation unlike anything that came before it. Perhaps its most stunning claim to fame regards the metal chassis. You might not believe it, but this is all made from one piece of material. Other parts and pieces are constructed of rare lightweight metals like titanium, carbon fiber and aluminum. That proves how intricate the styling and design process was. And it truly performed like the type of futuristic machine it resembles. Word was that it would hit 190 miles per hour from a V twin engine. It's all street legal and just a few dozen were ever sold. Neiman Marcus called it a "sci-fi dream come to life."

More than a decade ago, this motorcycle set all types of pricing records. At that time, it hit the market for roughly $300,000. And many enthusiasts thought that was an exorbitant amount -- until they saw all the accessories. You can get an aluminum engine with plenty of power from its 2409 cc output.

Beyond raw power was the luxury appointments and attention to detail. You might expect details like carbon fiber accents. But you also get touches including hand crafted leather from the likes of Italian master Berluti. And titanium tail pipes give even more class and opulence to this massive machine. Perhaps you noticed we also began our list with an Ecosse motorcycle model. This one might not be the most expensive motorcycle on our list. But it set a standard that other super bikes have tried to emulate in the years since. And it's from a company that is not scared to put an outrageous sticker price on an outrageously fast bike.

It might be the sheer scarcity of this bike that makes $300,000 seem like a bargain in retrospect. Just a baker's dozen of these magnificent bikes were available when it debuted in 2007. And since then, of course, plenty of the most expensive motorcycle price tags have eclipsed this princely sum.

Choosing one of the most expensive motorcycle brands means parting with a lot of money.

But it also comes with bragging rights that not many folks around the world get to claim. Whether it's an incredibly new way of looking at design or just outrageous power output, these are special bikes.

We hope our guide has helped shed some light on what makes them so valuable. If so, share this article with the motorcycle enthusiasts in your life. And leave us a comment below if you have any final thoughts or questions.

Related Article: Find the Best Auto Podcasts No Matter What Gets Your Motor Running