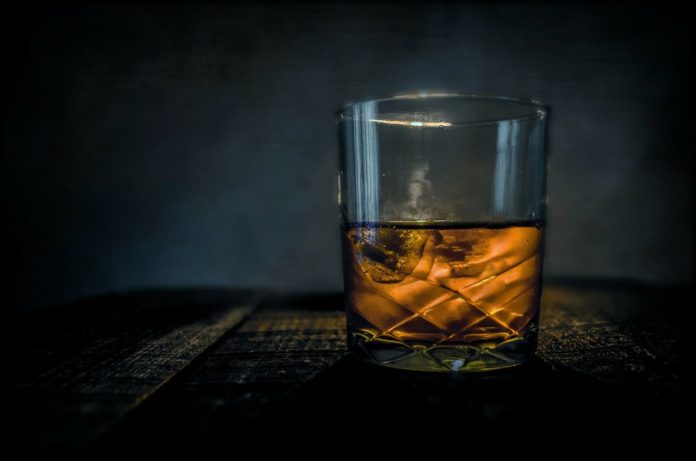 Few spirits embody the air of luxury like the finely aged, most expensive scotch.

And if you truly want the best, you know that the price is all relative. That's why the cost is only part of the process in building this list. We've selected some of the most expensive scotch that you can buy for your own collection. Sure, they cost more than the bottle you can get from the corner store. But you probably know by now that you get what you pay for. Still, we didn't want to only showcase products that bring in astronomical sums at private auctions.

These are attainable, unlike some extraordinarily rare bottles that have long ago been auctioned off. And at the same time, their high price makes them exclusive. But beyond a premium price, we've selected what we consider premium products. Each of the bottles listed below warrants its price in its own way.

Many are aged for decades. They range in complexity, depth, color and barreling process. But no matter how diverse their flavors and aromas, they each share a few things in common. First is their sheer price -- at least several times higher than your ordinary bottle of premium whiskey. Then, there's the feeling of pouring that perfect glass. Whether with a fine cigar or on the rocks after a long day, it's the perfect elixir.

The Most Expensive Scotch You Can Actually Purchase

You can't rely on the price alone to pick the perfect bottle of scotch. If you love a fine single malt, you probably know how diverse this particular spirit can be. The difference between an aged batch and a mass produced whiskey is easy to distinguish. Of course, there's nothing wrong with a cocktail using the cheaper stuff. But if you truly want to experience its true potential, you'll need to shell out for the most expensive scotch. We'll go through the details of several that deserve that title. And we think you'll agree there's a reason they demand such a high price tag.

Some of these bottles have been discontinued. Others might not be readily available at your neighborhood liquor store. But they are still readily circulating on the open market. And you can still feasibly add them to your own home bar, even if some might require a little luck.

Before we get into the list, let's define the terms. You probably know that scotch and whiskey are related. But the difference is largely limited to where it is produced. Scotch, as its name implies, is made in Scotland. Likewise, bourbon is whiskey aged and produced in Kentucky. It is different from scotch because it's typically made from corn instead of malted barley. Scotch is served widely in England and around much of the world. In Ireland, its called Irish whiskey. The added 'e' makes another difference between this and whisky, which you'll also find. We'll be using the Irish spelling, but we're all talking about the same liquor.

Maybe you're already familiar with The Macallan. This is a fine whiskey maker with some of the most expensive scotch in its massive portfolio. One of the best, and priciest, of the bunch is a single malt aged for 50 years.

These bottles are produced in seriously small numbers, making each bottle a masterpiece. And the rich, flavorful spirits contained within warrant both the critical praise and high price. Pouring out the rich amber colored scotch, you'll get an initial whiff of spice. Hints of vanilla finish up the aroma and also help introduce the complex flavor.

Other sweet tones work in harmony, including toffee and a distinct taste of fudge. These are offset perfectly by some citrus and earthy undertones. All of these flavors combine to produce a thick, dry and lingering masterpiece. At 44 percent alcohol by volume, each batch is aged in sherry oak for half a century.

Fruity notes dominate the pleasing taste of this golden colored scotch. Gordon and MacPhail aged this variety beginning in 1966. Upon finishing that process and bottling it, you now have the opportunity to try a rare treasure.

The aging process begins with a sherry wood hogshead barrel. That helps all the flavors mature and mingle for the perfect balance. And with a light, smooth consistency, it doesn't have to be saved just for certain occasions. Since it's among the most expensive scotch brands out there, you might not pour it daily. But it makes a pleasing cocktail or straight shot no matter the circumstances.

In addition to undertones of chocolate, mint and chili, there are lots of fresh aromas. Distinctly fresh hints of peach, apricot and raspberry create a full bodies flavor. And it sticks around for a long finish that stays sweet on the back of the tongue.

Bowmore has a tremendously impressive scotch aged for 25 years. The company has a long, storied history of creating some of the world's finest spirits. But this one stands out even in the company of such incredible whiskey blends.

In addition to being aged for a quarter century, the process produces a complex body and aroma. That is due in large part to the combination of bourbon and sherry barrels. These casks add their own unique characteristics. And the result is a perfectly balanced product that is a joy to pour, smell and taste.

The whiskey itself is a deep, dark and rich hue. It embodies luxury and quality production. Inhale and catch a whiff of smoky fragrance mixed with deep wine and fruit notes. Then finish it off with a nutty, sweet taste when you pull the glass up to your mouth.

Whether you're familiar with Compass Box or not, you deserve to check out this scotch. This blended concoction combines some of the best qualities of the classic liquor. Grain whiskey and scotch have mingled for years as they created the finished product.

Then it is bottled in eye catching containers and sold for a premium. That makes it one of the world's most expensive scotch blends. But it is also one of the most unique and flavorful.

Find a full bodied whiskey with tastes of malt, dried fruit and a hint of hazelnut. If you are looking for one bottle that can provide a wide range of flavors, look no further. A natural amber color contains a bouquet we think you won't soon forget experiencing.

A malt master is in charge of making sure everything is perfectly mixed and aged for this product. After aging for 21 year, this single malt scotch whiskey comes from exquisite port casks. They retain some crucial elements of the fortified wine, which gives it the unique flavor so many love.

Nuts and fruits dominate the nose and the taste is defined by sweet, fragrant notes. This bottle was soon seen as one of the heralded company's most exquisite products. And from the first whiff, you can probably see why.

Dry and refined, this is a pleasure to sip. Plus, a high alcohol content by volume makes it a robust whiskey for entertaining and socializing. And it's got a gentle finishing touch that won't make you feel as though you've overindulged.

We'll end with a choice that isn't aged as long as many of the most expensive scotch labels. And frankly, it isn't as costly as many of them, either. But we're looking for an overall experience, and we think this one delivers. You feel immediately that this is a rare, valuable product from the moment you open the bottle.

There's a whiff of nuttiness, followed by fruit and even the sweet essence of a bakery. That complex aroma is displayed in a beautiful copper colored scotch that is a sight to behold. Pour the thick spirits into your favorite glass and enjoy the deep flavors that abound within.

You'll immediately notice hints of lime, maybe a taste of carrot cake. Then the more subtle notes of coconut and banana creep in. The entire experience is capped by a phenomenal finish that might remind you of fine mint ice cream.

Shopping for the most expensive scotch requires more than deep pockets.

You also need to know what you're looking for in your luxury liquor bottle. Do you want a light flavor or a deep, complex aroma? You can find precisely the mixture to provide an upscale and celebratory tone to any evening. We've tried to give you a glimpse into some of the bottles we think warrant their high price tag. And if you love a great scotch, we be at least a few of them piqued your interest.

We hope our guide has helped narrow down the options for you. If so, share this article with the scotch aficionados in your life. And leave us a comment below if you have any final thoughts or questions.