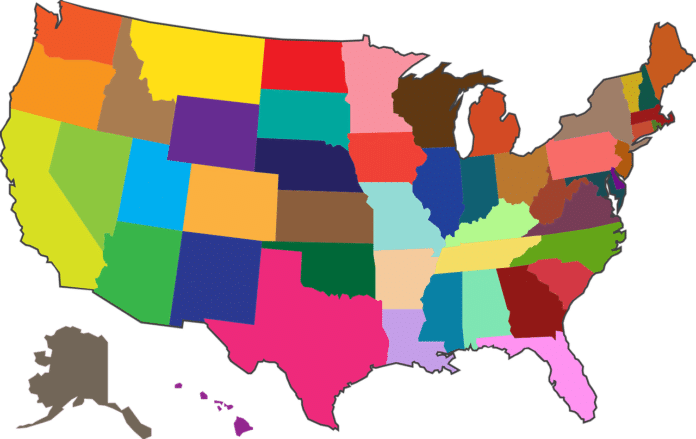 The cost of living is a major factor in any relocation.

So that's why it's important to identify the most expensive states to live in before you make a choice. But that's not the only detail to consider. In fact, even if a region does cost more to make ends meet, it might come with a higher median salary.

What you should really focus on is how far the money you have will go in a particular state. And there are metrics by which experts measure this ratio. We've used their analysis to bring you the most expensive states to live in right now. But we'll also give you important context that might make these places seem a bit more affordable.

Just because a state ranks on this list doesn't mean every city and county is hard to afford. In some states, hubs of professionalism or government activity can lead to increased costs. But if you venture outside of the most populated areas you might find much lower costs. Of course, in some states there are existential factors at play that simply make life costlier. Sometimes it's high taxes and in other cases its as simple as geography. But knowing what you're in store for is a powerful first step. And if you can afford the most expensive states to live in, you might just think it's worth the investment.

Here Are the Most Expensive States to Live In

You probably already know there are pockets of the United States where things just cost more. From property to utilities, the bills are just higher in some states. That is for a range of different reasons, which we'll explore in more detail below.

The Bureau of Economic Analysis has established its regional price parity scale for easy access. This number will tell you whether the cost of living in a state is higher, lower or on par with the national average. We'll be using this scale below to give you a clear idea of how expensive each entry can be to live in.

Basically, the scale is based on a 100 score. That is given to those places around the country with an average cost of living. From there, each state can receive a score higher or lower based on its own ranking. For every point under 100, a particular area is about one percent cheaper than the national median. Of course, we'll be looking at those states with a regional price parity ranking higher than 100.

As you might imagine, each point higher than 100 represents a one percent higher cost of living. And as you read the entries below, you might be surprised by just how high the score goes in some areas. This and other factors make it easy to determine which are the most expensive states to live in.

Our first state comes in with a score of 106.9 on the regional price parity score. That means it costs nearly seven percent more to live in Massachusetts than a median state. And some pockets within the state are even more expensive.

For starters, there's Boston, which you might expect would be costlier than more rural areas. And in fact, living in this city means you can expect the fourth most expensive rent rates in America. Energy costs are also on the high side with plenty of other necessities.

Food costs are higher than usual, as are utility rates. The median household income in the state tops $70,600. But with the cost of living factored in, that income is the same as about $66,000.

Connecticut as a whole is slightly more expensive that Massachusetts. It has a higher median household income. But with a 108.7 regional price parity score, your money won't go as far. In fact, the more than $73,000 average is only worth about $65,600 in real spending power.

Like in many of the most expensive states to live in, housing costs are primarily to blame. With the average home price topping $652,000, it can be difficult to find an affordable residence.

Plenty of other utilities and expenses top the national average in Connecticut. Among them is the cost of medical care. You can spend as much as 30 percent more than in neighboring Delaware to visit a doctor.

Here's a state with a cost of living nearly 10 percent higher than the median across the country. An average Maryland home tops $700,000 and lots of other things are more expensive here, too.

Of course, the costliest areas are also those closes to the nation's capital. And these exorbitant prices make the entire state's average creep up. Suburban areas near D.C. are home to some of the highest housing costs in the country.

And with a median income of nearly $76,000, it's only worth just over $69,200. Food and other necessities add to the expense. Taking all things into consideration, it's clear this is one of the most expensive states to live in.

As we get to an even pricier option, houses here on average are well above a half million dollars. And median rent can top $1,800 in New Jersey.

The index shows the cost of living is about 13.4 percent higher than the national average. And much of the added expense comes on the heels of higher taxes approved in recent years. New Jersey used to have much lower housing prices. But now it ranks among the most expensive states to live in.

Energy, including gasoline, is higher than average across the state. And even though the median household income tops $72,000, that's worth much less in spending power. Compared to the national average, that sum is equal to less than $64,000.

Maybe you could predict California would show up on our list of the most expensive states to live in. It's a state packed with celebrities, inventors and lots of wealthy professionals. Of course, for those who aren't pulling in the big bucks, it can be hard to make ends meet.

You might be surprised to learn that the median household income is just about $64,500. And when you factor in the regional price parity score of 113.4, that money won't go that far. In comparison to the U.S. average, the median income is an equivalent to less than $57,000.

Among the expenses you can expect to find higher in California is the cost of housing. Lots of other necessities -- including food -- are also typically higher than average. Of course, areas like Silicon Valley and Hollywood skew the statewide average higher. But there are plenty of other pockets of high prices up and down the state.

The home of America's most populous city is also one of the most expensive states to live in. New York City boroughs like Manhattan have among the highest prices. And an average residence in that area can be as high as $1.6 million.

Heading into more rural areas of the state can lead to more affordable housing options. But some prices are just higher than the national average wherever you go in New York. Energy costs, for example, can be elevated across the state.

The cost of living here is more than 15 percent higher than the national median. That means an average household income of nearly $61,000 has the buying power of less than $53,000.

Though it's technically a district, we've included the nation's capital as one of the most expensive states to live in. And it's clear why D.C. is so high on the list.

The regional price parity score of 117 means you won't get as much for your money as you might think. Although the district's median household income tops $75,600, it's worth a lot less. Out of that sum, you'll have access to less than $65,000 in value compared to the national average.

Housing shortages contribute to the higher costs. Utilities are also higher than average. You'll be living among elected officials, political lobbyists and many other movers and shakers. But if you want to live comfortably, you'll have to make sure your income matches the costs.

It might make sense that Hawaii ranks at the top of our list of most expensive states to live in. For starters, it's stuck out in the middle of the ocean. That means delivering necessities from the mainland is very costly.

Then there's the obvious detail that Hawaii is a tourist destination. On its own, that can make a place more expensive. Combine those two factors and you'll end up with the nation's highest regional price parity rating.

It's nearly 19 percent more expensive to live here than the rest of the country on average. And if you don't have seven figures to spend on a house, you might not be able to afford one. Even renting can be a big expense. Across the islands, average rent costs can be as high as $3,000 per month.

Folks with plenty of disposable income might not worry about the most expensive states to live in.

But before you decide where you'll be living, it pays to determine how far your money will go. And we hope our guide has helped make your choice a little bit easier.

If so, share this article with those in your life thinking about relocating. And leave us a comment below if you have any final thoughts or questions.

Related Article: The Most Expensive Cities In The World With Amazing Scenery