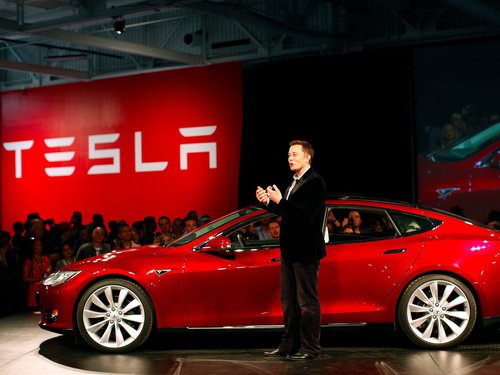 Tesla’s embattled CEO, Elon Musk, must step down from Tesla and pay $20 million in fines after he tweeted recklessly about company stock.

Elon Musk took to Twitter to publicly speculate that he planned to take his luxury electric car company, Tesla, private. He even went so far as to say that he’d already secured funding, sending the company’s stock soaring. Tesla has struggled to produce enough cars per month to stay profitable and taking the company private would lessen the pressure from outside investors. Yet, when Musk never went forward with the plan, the Securities and Exchange Commission started an investigation. This week, they found Musk and Tesla broke the rules, and urged Musk to step down. At first, he refused, but as the weekend went on, he accepted the ruling of the SEC.

Musk has to step down as the chairman of the company he founded. He can reassume the position after a period of three years, and he gets to stay on as the CEO of the company. A chairman, independent of Musk and his influence, must be hired to oversee operations at Tesla. On top of this, Tesla and Musk, personally, must pay $20 million each in fines. Still, this ultimately might be good for the biggest name in luxury electric cars.

The SEC Got Musk Out of Tesla’s Way

Without Elon Musk, and his singular commitment to this vision, there would be no Tesla. His relentless pursuit of this idea has pushed the company along to where it is right now. Yet, as Musk works on Tesla (and Space X), he’s also become a genuine celebrity. The SEC settlement allows Musk to continue on as CEO, but it brings in a new chairman and a second new, independent board member. Whether they are moderating influences or simple people meant to challenge Musk, it could help refocus the CEO back on the mission.

Recently a number of mid-level executives departed the company, and Musk went on a comedian’s podcast and smoked pot, as we reported. He’s also been caught up in a number of social media fights, one of which resulted in a defamation suit. All of these distractions were avoidable. With these new board members, Musk will have to lead by consensus, and the new board members may be able to exert some sort of control over him. Either way, they have to work towards Tesla’s main problems: production and profitability.

Since going public, Tesla has only had two profitable quarters. The company posted their biggest loss in the second quarter of 2018, so they really need a win. The reason for the poor second quarter was that Musk flushed cash into the company in order to build up its production capabilities. Tesla sells enough cars, but it has a hard time making them. Musk promised production of 5,000 Tesla Model 3’s per month by this year, and that second quarter investment was aimed at hitting that target. We won’t know until mid-week if Tesla hit their profitability goals for the third quarter.

Whether they have or haven’t, this next quarter will be crucial. As they move past the SEC lawsuit and adapt to the leadership changes, Tesla faces a make-it-or-break-it moment. The SEC settlement will allow them to refocus on what they do best: building batteries and luxury electric cars. Musk has made headlines for all the wrong reasons lately. At the very least, this agreement will allow it to appear that there are some “adults in the room.” Still, no matter what this is Musk’s company. An employee email he sent, obtained by Bloomberg, urged employees to have a big weekend. If he delivers on his promise of profitability and 5,000 cars per month, Tesla will be fine.

Tesla's success is to be determined.

With Elon Musk's recent publicity and difficulties, we're interested to see what happens. What do you think? Share your thoughts in the comments below. Don’t forget to share the article on social media to get your friends in on the discussion.

This post has been updated to reflect developments in the story since September 28, 2018.