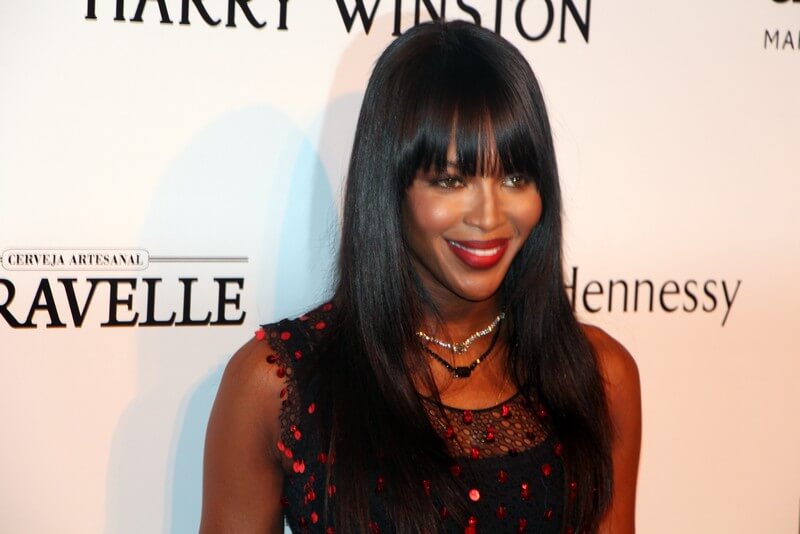 World renowned model Naomi Campbell will attend this year’s New York Fashion Week (8-15 September). But she won’t be attending as a model, as one would expect. Instead of walking on the runway and be in the spotlight, the 46-year-old model will mentor up-and-coming designers. VFiles recently announced this via Instagram. As a result, everybody seems to be excited to see Campbell as a mentor to young designers participating in the runway show for VFiles.

As in every past year, VFiles will organize a contest for young up-and-coming designers to get a chance to shine. VFiles will feature the designers who will win the contest in their fashion show at the New York Fashion Week this September. A team of judges will select the best designers, by looking at things such as design, popularity, marketability, and mentorship. So there’s no surprise that they chose mentors such as Naomi Campbell. After all, she has decades of experience in the industry. But Campbell is not the only one who will be mentoring young talents at the VFiles runway show.

The up-and-coming designers who will participate in the VFiles contest are lucky. And not just because if they win VFiles will feature them in their runway show. But they also get to be mentored by a fantastic team. Other famous people will join Naomi Campbell. Rapper Young Thug (whom you can see in Calvin Klein’s fall ads) will be there, as well as Mel Ottenberg, Rihanna’s stylist and fashion director. Designer Jerry Lorenzo is also a part of the team, and so is legendary makeup artist Pat McGrath.

This is not Ottenberg’s first time mentoring young designers for the VFiles Fashion Week show. But it is the first time when we will see Naomi Campbell in this position. Their job is to provide advice to the designers on how to choose models, what makeup to use, how to style the looks, and how to get great shots of the designs.

The VFiles runaway show, which is now on its seventh season, has definitely been a launching pad for many up-and-coming designers in the past. Young designers who have been featured on the show have worked with legends such as Miley Cyrus, Beyoncé, Katy Perry, Kylie Jenner, Madonna, and so on. They also have received nominations for the LVMH Prize and CFDA Vogue Awards. And designers are not the only ones who will get a chance to shine. The VFiles runway show will also feature young models, makeup artists, photographers, and hair stylists.

We are definitely excited to see runway legend Naomi Campbell in the position of mentor at this year’s New York Fashion Show. She first walked the runway when she was 17, becoming an instant success. With the decades of experience she has gathered, there is no better person to give advice to young designers and models about how to become a shining star. We know we are looking forward for the New York Fashion Week 2016. Are you?