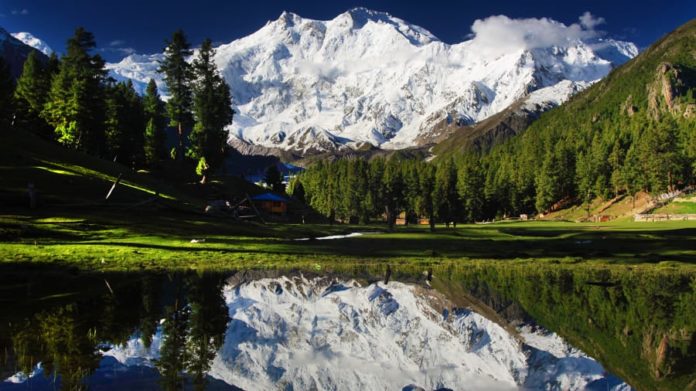 When you think about luxury travel destinations, Pakistan probably isn’t the first thing that comes to mind. But it should be.

We all know what the hottest travel destinations of 2018 are; its not Pakistan. How could we miss them? They’re plastered all over Instagram. Scrolling through your feed, you’re sure to see photos of Santorini where chalk white buildings contrast the vibrant Aegean Sea.

Travel influencers like the dynamic duo Do You Travel and Gypsea Lust constantly post pictures from their home of Bali sitting on white sand, carved out coconut bowl in hand. Icelandic landscapes have become almost cliche to photograph. Fashion influencers like Zoe Laz can be seen roaming the picture-perfect streets of Rome and Florence. The list goes on.

But what you don’t see very often are people venturing in off the grid locales. We have to ask ourselves, why isn’t anyone visiting Pakistan?

Why Isn’t Anyone Traveling to Pakistan?

This year, the famous British Backpacker Society released their list of 20 adventure destinations for 2018. We couldn’t help that the top spot was taken by a little mentioned contender - Pakistan. Really? Intrigued, we read on. The feature cited “mountain scenery that is well beyond anyone’s wildest imagination” and the genuine kindness of the locals will change any and “every preconception that you ever held about this area of the world.”

Pakistan hasn’t been a popular travel spot in a long time. While tourism was hot in the 1970s, recent decades have given way to fear of traveling in the country due to periods of political instability, conflict with India, and terrorist attacks.

Is It Safe to Travel to Pakistan Right Now?

While some threats remain and there are indeed places travelers should avoid, improved security due to a government push is helping to promote tourism. While the U.S. State Department still advises citizens not to travel there, we’d say keep your eyes on it. Watch and hear what is going on in the news. As the Pakistani government pushes for additional security, the tourism situation could change entirely for the better.

Travel to Pakistan Is Already On the Rise.

Last year, an estimated 1.7 million foreigners visited Pakistan, up 200,000 from the previous year. In January of this year, it was announced that the country would be offering a multiple 30-day visa on arrival to rouists from 24 countries. This includes the US and the UK.

Jonny Bealby, founder of the UK and US tour operator Wild Frontiers, calls Pakistan “adventure travel’s best-kept secret.” He said, “For the adventurous traveler it offers so much. More epic accessible landscapes than you will find anywhere else, meaning landscapes you drive to rather than trek for days to.”

Have you visited Pakistan? If not, would you? Let us know your thoughts in the comments below and be sure to share this post with the adventurous travelers in your life.

Related Article: Affluent Travelers: Who They Are and How They Affect the Travel Industry