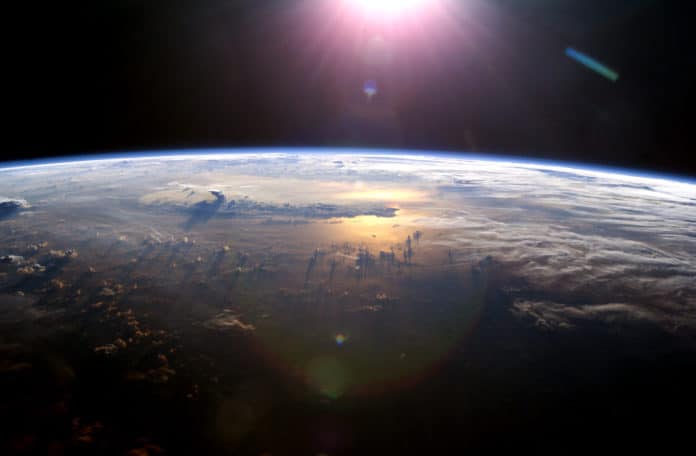 We can’t believe we’re saying this but people are revisiting the flat Earth theory. Apparently, a trend is rising that we’ve all become victims of a giant conspiracy.

“If they’ve lied about this, what else are they lying about?” This seems to be the popular question among flat Earth theory proponents. This movement has actually gained quite a bit of steam this past year. In fact, the Guardian recently reported on the first ever Flat Earth Convention in the UK this April.

A series of workshops and lectures were designed to provide believers with opportunities to engage with others from around the globe who subscribe to the same hypothesis. An estimated 200 people paid to attend. Around the room, there was a general consensus that NASA photo-shopped their images and the organization is untrustworthy. Other flat Earth theory proponents have gone as far to say that Australia doesn’t really exist and people who live there are actors paid by NASA. What?

The flat Earth theory was debunked thousands of years ago with even the most primitive scientific methods. In fact, Pythagoras was one of the first people to propose the earth was round - In 500 B.C. He based his theory upon showing the Moon must be round due to the shape of the terminator (line between the part of the Moon in light and the part of the Moon in the dark).

After that, a man by the name of Anaxagoras determined the true cause of solar and lunar eclipses. Around 350 B.C., Aristotle declared the Earth was indeed a sphere. During the next hundred years or so, Aristarchus and Eratosthenes estimated the circumference of the earth.

Why the history lesson? Somebody needs to put an end to the madness. We’re living in the 21st century and people are going back to early-history scientific hypothesis!

Let’s End the Madness With Some Simple Science

In the case you find yourself talking to a flat earth theory believer, here’s some simple science we can arm you with. Check out this article on 10 easy ways you can tell for yourself that the earth is not flat. We wish we were joking. We’ll just leave you with one last statement. If the earth were flat, there would be no night, just perpetual daylight. It would literally be like shining a desk lamp over a piece of paper. Come on. Think people.

Related Article: A Heated Debate: The Yanny (Or Laurel) Heard ‘Round The World