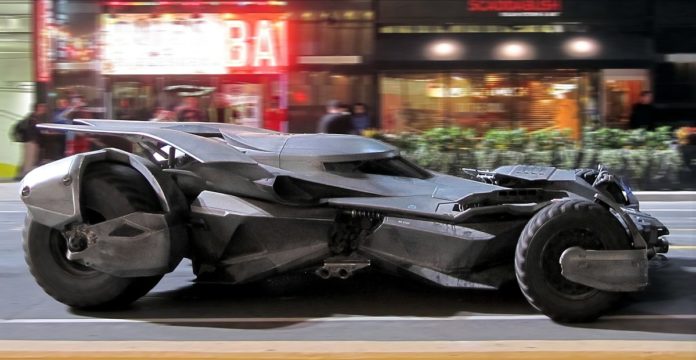 Growing up in a world with heroes that achieve mythical status like Batman or Superman means that these characters mean a lot to people.

Fandom knows no bounds, especially not today. Collections of everything from Barbies to comic books to movie props are worth loads of money. Yet, the people who own these items don’t want to part with them. Frankly, they’d probably end up selling their collectible to another person just like themselves. This isn’t about investment, it’s about love. If you could fly in the Millennium Falcon or some other iconic, fictional vehicle you’d probably do it. And while Superman flies around on his power, Batman drives a car that you could own, if you’re willing to pay for a replica Batmobile.

What is a Replica Batmobile?

Whether you came of age in the 1960s when the late Adam West was under the cowl or more recently, someone is “your Batman.” When it comes to the live-action Batman films, the Batmobile is usually a functional vehicle (if only in a limited way). The actual movie props are in museums or private collections, and you can get your hands on them if you’re patient and willing to spend. But you don’t have to do that, not at all. A replica Batmobile is precisely what it sounds like: a reproduction of the vehicles used in the Batman television series or the films. They aren’t actual movie props, but they are made to look just like them.

Why Would You Want a Replica Batmobile?

Asking why people want something, especially something sentimental like the car a comic book character drives, rarely offers a good answer. These are drive-able vehicles, though. So, part of the reason a person would pick up a replica Batmobile would be to drive it, at least a little. Despite what the listings may say these vehicles aren’t what you’d call “street legal.” Of course, for what you’d be paying for these cars, why on Earth-1 or Earth-2 would you want to drive them?

Okay, if you have a track or a similarly appropriate place, free of other traffic and obstacles, give the Batmobile a spin. But these cars are worth hundreds of thousands of dollars and into the millions. They are more like certified classic cars. Only to be driven in special cases. (Or if the Joker kidnaps someone and holds the city hostage.) While a fine addition to any collections, you can also take these cars to car shows, fan events, or even rent them out to local filmmakers. There is always a few uses for a good Batmobile.

Engines to power! Turbines to speed! One of the most iconic vehicles ever designed was the original 1960s series Batmobile. The show only ran for a few seasons and a feature film, but its run on televisions across the world ever since. The character is so popular, the surviving actors reunited for a pair of animated films set in that Batman’s universe. Even those our heroic Caped Crusader, the late Adam West, is gone. This version of the Batmobile can be found all over the place.

Fiberglass Freaks, a car shop started by lifelong fan Mark Racop, makes officially-licensed reproductions of this original design. They sell parts for those who want to do it themselves. They even run a building blog to help folks along. Of course, you could also just purchase one of their replica Batmobiles. Ranging price from $250,000 to $100,000, you could drive off in your own dynamic ride. Of course, with no roof, you’d better make sure the weather is clear before you hit the road.

Did You Ever Dance with a Replica Batmobile by the Pale Moonlight?

Thanks to Tim Burton’s 1989 Batman, he and actor Michael Keaton put the “dark” back in the Dark Knight. This film was similarly iconic, and it arguably paved the way for the superhero golden age today. The Batmobile for this film was impressive, in that it successfully looked both futuristic while cutting a classic figure. There are not nearly as many replica Batmobiles of this era as there are of the 1966 era. Still, Gotham Cruisers in Dayton, Ohio sells kits and assembles replicas at their garage. These adventurous car-builders even installed a working set of machine guns in one of their replicas.

Other replicas of this version of the Batmobile come from amateur builders. One such builder, in Australia, assembled the car with his grandfather. He retired as an engineer, and then he spent the next two years with his grandson building the car. The car is actually street-legal in Australia, so he’s able to drive it around to the delight of kids and adults everywhere. Sometimes, he even dresses up as Batman to give kids in the Make-a-Wish program their chance to meet the Batman in person.

You Merely Adopted the Replica Batmobile, I was Born in It!

Christopher Nolan’s series of Batman films are considered the best of the bunch by many, particularly the middle chapter. What made it so interesting was the hyper-realism Nolan employed, and this ventured over to this film’s Batmobile. Known as the “Tumbler” it was more of a tank than a car. While replica Batmobile versions are available, they are costly. Also, while it may look great on film, this Batmobile doesn’t seem all that fun to drive. No, in this series of films one bat-vehicle stood out above all the others. Used as a kind of “escape pod” for the Tumbler was a motorcycle that came to be known as the Batpod. Now, thanks to the folks at Chopper City, USA, you could get a Batpod of your own. They don’t mass-produce them, but they do accept custom orders.

A replica Batmobile can be an addition to a collection or something used to make other people happy.

Maybe you want a Batmobile just to have it. Maybe you want to drive it around. Or, you might want to take it to events and share it with kids or other Batman fans. What’s great is that since so many people love Batman, you’ve got a choice. There are options here for Batmobiles of every era, and this will continue as more people don the cape and cowl. Love of Batman isn’t going anywhere. But if you get a Batmobile replica, you can go wherever you want just like he would.

What do you think? Which Batmobile is your favorite? Let us know in the comments below. If you liked the article, remember to share it on social media!