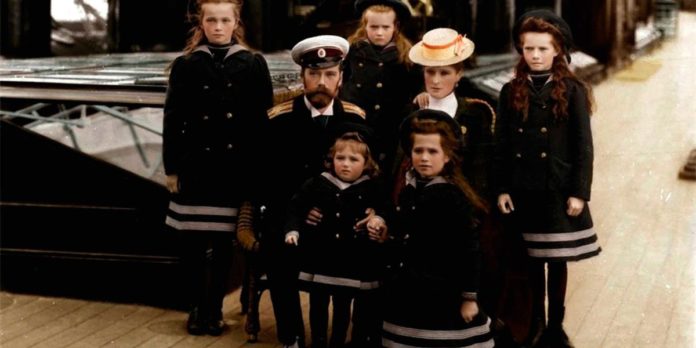 The latest series from Matthew Weiner tells the stories of people claiming to be related to the late Russian royal family.

On Friday, the second series from the creator of the critically-acclaimed Mad Men debuts on Amazon Prime. The name, The Romanoffs, is a deliberate misspelling of the Romanovs, the last royal house in Russia before the Bolshevik revolution. Sadly, the revolutionaries who captured the king and his family put them before a firing squad. Yet, legends popped up about how some of them escaped their fate. While no mystery remains about the fate of this family, in the past some of these folks seemed credible. Here’s what you need to know about the series and the people it is based on before the first episodes debut.

What Was the House of Romanov?

After about 800 years of rule the House of Rurik in Russia gave way to the House of Romanov in 1613. The Russian feudal parliament chose Michael I to ascend to the throne and his direct descendants ruled Russia for more than a century. Then the House of Holstein-Gottorp, from Denmark, assumed control of the Russian throne. Peter III, the grandson of the great Peter I, assumed the throne. The young king ruled for six months, only to be deposed by his wife, who went on to be known as Catherine the Great. The new House Romanov ruled until 1917, when the popular uprising ending the monarchy during the Bolshevik Revolution.

Then Czar Nicholas II realized the time for monarchy in Russia was over, abdicating the throne. The revolutionaries held the Romanovs prisoner in their palace for more than a year. Finally, on the night July 17, 1918, their captors told them they needed to move them. It was one-thirty in the morning, and the family went without complaint. Eventually, they were taken into a basement chamber. A firing squad did a poor job of it, with none of the Romanovs left alive. They were buried in an unmarked grave until 1979 when amateur historians found them. After the fall of communism in 1991, they were disinterred. In recent years DNA confirmed that all of Nicholas II’s direct relations did not survive. His sisters, Olga and Alexandria, did survive along with descendants of previous Czars.

Who is Matthew Weiner?

While the story of the wealthy Romanovs captivates audiences, Weiner told a different kind of story about American royalty on his previous series. A working television writer, Weiner found himself working on the last few seasons of the hit series The Sopranos. From there Weiner took the pilot he wrote that got him that job to AMC, a network looking to develop original programming. The result of this collaboration was Mad Men, perhaps one of the best and most literary television series ever to air. The advertising executives, rich enough not work but eager to keep at it, were a kind of legend born of the 1960s. While not royalty in the way that the Romanovs were, it was a show about class and privilege in the land of the free during the middle 20th Century.

What made it so uniquely American, beyond its setting, is that the characters were all pretending to be something they weren’t. Some eventually became the thing they were pretending to be, while other characters became something unexpected. Either way, it was a subtle story about longing, achievement, and what it meant to truly live during those times. It was beautiful, entertaining, and a story that will find an audience for generations. So, it’s not really a surprise that when Amazon Studios found out he had a project for sale, they ordered it straight to series with a budget of $70,000,000.

So, is The Romanoffs About the Actual Romanovs?

Here’s what we know about the series thus far. It’s an anthology series, so that means each episode tells a story separate from the others, like the Twilight Zone or Amazing Stories. Many of the actors who worked with Weiner on Mad Men return, like John Slattery and Christina Hendricks. Other actors, like Aaron Eckhart and Diane Lane join the series for an episode each, as well. The through-line for the series is that at least one character in each of the stories told claims to be a descendant of the Romanovs. Before the DNA tests of the family’s remains were done, there were dozens of people claiming to be the long-lost Princess Anastasia or other family member.

Knowing the type of stories that interest Weiner, however, suggests that these episodes will not be about the Romanovs mystery. Whether or not a character is telling the truth about their link to the family is likely irrelevant. Rather, these will likely be stories about similar themes found in Mad Men. We’re bound to see characters in crisis, longing for their lives to be different or dreading the revelation of something they want to keep secret. This will be a study in characters, not a mystery thriller about royal family hucksters. These are likely to be the type of stories where how something happens is far more important than what happens.

What do you think? Share your thoughts, reactions, and expectations about the show in the comments below. Don’t forget to share the article on social media if you liked it!