The fantastical world of Star Wars has always gone hand-in-hand with advancements in technology, most currently virtual reality.

One of the more brilliant ways Lucasfilm helped push Star Wars to cultural ubiquity has been its reliance on other media. Sure, Star Wars is mostly known of as a series of films, but the saga extends far beyond the big screen. Almost immediately after the first film’s release in 1977, there were books, cartoons, and games based on the story. By the time video games hit in the 1980s, Star Wars was there. Comic books, personal computer games, and even immersive experiences all have some tie to Star Wars. Now the next big thing is going to be Star Wars VR.

For decades the promise of virtual reality has been that it’s just on the horizon. Everyone from Google to dedicated companies, like Oculus, are all committed to this new medium. Unlike Star Trek or other science fiction, Star Wars has more in common with fantasy and myth. So, this otherworldly technology seems like the perfect place for Lucasfilm to help cement their brand for generations to come. To that end, there are a number of interesting and amazing projects that will allow fans to experience their favorite stories in a whole new way.

What We Mean by ‘Virtual Reality’

Ironically, it’s thanks to science fiction that early VR efforts haven’t really hit the way they should. The 1990s television Star Trek: The Next Generation introduced a concept of virtual reality via their “holodeck.” Essentially, it allows a person to full immerse themselves in a tactile world that is pure fantasy. Real-world VR efforts, however, are less impressive. In fact, it’s only been recently that the technology has come into its own. There are a number of ways to experience virtual reality, and there is a Star Wars VR project for all of them. 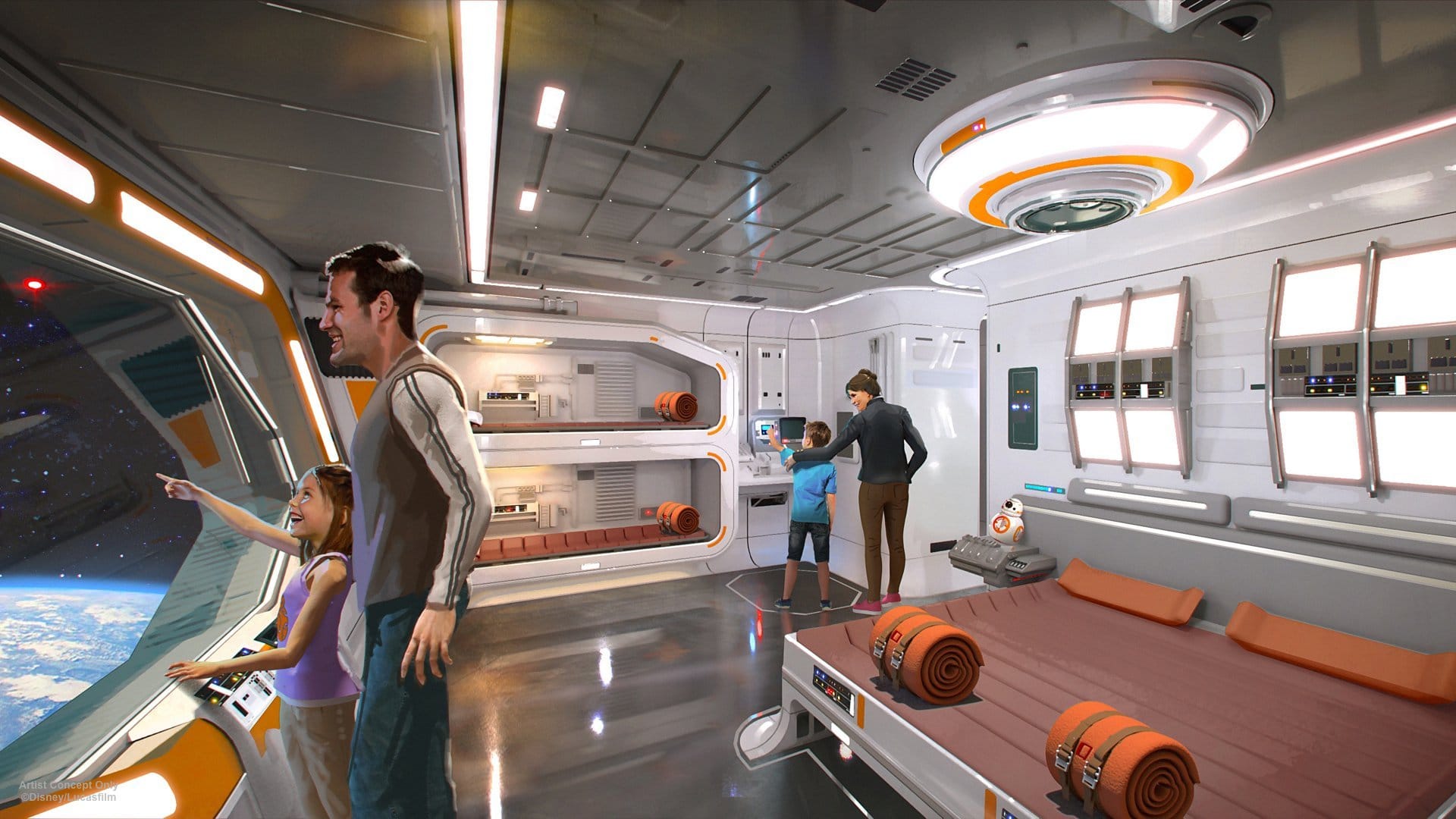 First, you have “augmented reality,” which involves superimposing comuter-generated images in the real world. Usually, this is done via VR goggles or your smartphone’s camera. Second, there is virtual reality in a specific space. Typically a person will wear VR goggles and other gear that helps them interact with the virtual world. Along with this, you will have to go into a specific space to enjoy it. Finally, there are VR projects that are more passive, allowing you to enjoy them with minimal movement.

When it comes to augmented reality, the Star Wars VR teams came up with an idea that is wonderfully simplistic. One of the coolest thing about Star Wars are the lightsaber battles, and every fan has wanted to have on in their living room. Thanks to the Star Wars: Jedi Challenges AR Headset, you can finally face down your favorite villains in person. The system consists of a set of goggles, a lightsaber wand, and a round tracking beacon. Using the beacon and the lightsaber wand, animated enemies are projects onto the goggles. This allows you to have realistic battles and play other game modes.

The best game mode is the lightsaber combat, of course. There are two games to choose from. The first involves battling waves of disposable bad guys, either battle droids or Stormtroopers. The second involves dueling lightsaber-wielding villains from the films and cartoons. Also included is a strategy game that puts the “wars” in Star Wars. The graphics are impressive. It’s essentially a real-time RPG and tower defense game in one. Last, but not least, is the holochess mode. Now you can play the game that R2-D2 and Chewbacca played on the deck of the Millennium Falcon.

Hyper-Reality: Secrets of the Empire

When you think of Star Wars VR, the Secrets of the Empire project by ILMxLab and The Void is what you have in mind. This is a large space that serves as a place to play out the Star Wars VR experience. To enjoy it, you have to travel to a Void studio, which are located in about eight cities across the globe. In the U.S. there is one at both Disneyland and Disney World, as well as in Nevada, California, and Texas. There are two locations in Canada and one in Malaysia. New sites are popping up all the time, so feel free to check their website for the most recent info.

This Star Wars VR experience is a mix of a game, amusement park ride, and a movie. You and up to three others are suited up in a headset that covers your eyes and ears. You are given prop blasters, and then players are sent into the studio. Once inside, the word of Star Wars opens up to you a very real way. It looks great, and there are special tricks to help further the illusion. For example, at one point while near lava, you can feel the heat and even smell burning.

The story in Secrets of the Empire comes from David S. Goyer, known for his contributions to Batman Begins, Man of Steel, and countless other TV and films. His next project with ILMxLab is an as-yet-untitled Darth Vader project. The details are scarce, but what we know so far suggests this will be unlike anything that came before. The story he plans to tell will be “canon,” meaning that in terms of the Star Wars timeline it definitively happened. This is unusual for a game, though Battlefront II did this with their campaign mode. Goyer, meanwhile, won’t elaborate on what, exactly, this project will be, a game or movie or something in-between.

It definitely sounds like it will not be something you can sit on your couch and enjoy. Goyer told fans that the viewer is a “visitor” in the story. Essentially, it will all happen around the viewer, and they can possibly interact and influence events in a small way. Still, it definitely sounds more passive than Secrets of the Empire. Also, that they are not partnered with the Void on this suggest it won’t be a studio-based experience. Whatever it will be, it’s sure to be impressive. Most impressive.

From the moment George Lucas started working to realize his vision of the Star Wars saga, it’s pushed technology forward. The original trilogy revolutionized how movies are made. The prequel trilogy pushed computer-generated special effects technology forward, including reinventing how motion-capture is done. With the emergence of VR technology, it only makes sense that the Star Wars universe helps to bring it to the masses. The Star Wars VR experiences are only going to get better.

What do you think? Share your thoughts in the comments below. Don’t forget to share the article on social media if you liked it!