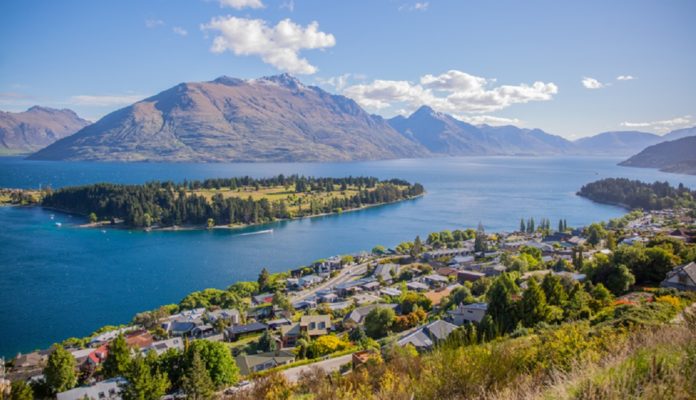 A new report from Bloomberg says that two 150-ton “Doomsday bunkers” were shipped from Texas to their permanent home in New Zealand.

The news agency tried to confirm that these bunkers actually arrived in the country, however New Zealand customs officials wouldn’t answer their questions. The New Zealand Customs Service cited privacy concerns as their reason for refusal. However, if these bunkers really were sent to New Zealand, it confirms a theory one of the internet’s biggest cranks has been shouting about for some time. Kim Dotcom, née Schmitz, went on-the-record that the remote island nation of New Zealand is seen as a refuge to the very wealthy in case of some sort of apocalyptic catastrophe. Whether this is true or not, the ease with which people can get citizenship has led to an influx of new, wealthy residents.

Who is Kim Dotcom?

Kim is an internet businessman who goes by a number of aliases, including imble and Kim Tim Jim Vestor. He’s a bit of a crank, but heavily invested in and profited from early internet technology. He created a site called Megaupload that works similar to services like Google Drive or iCloud that was eventually shut down because it became a haven for internet piracy. The site was eventually shut down, and Kim was arrested. The U.S. wanted him extradited to face criminal prosecution for his role in the site. Just this spring he prevailed in court, safe from extradition for now. He retreated to New Zealand because it’s a place that’s almost retreated from the world. He suggests that should a pandemic or war or another apocalyptic evet happen, New Zealand would be untouched. If the bunker story is true, it seems that at least some of the nation’s other wealthy residents believe him.

'Influx' of 'Immigrants' to New Zealand

New Zealand has faced some internal conflict over the relative ease with which wealthy foreigners are able to win citizenship. Peter Thiel, co-founder of PayPal and the man who brought down Gawker.com, recently purchased a multimillion-dollar home in New Zealand. He became a citizen after spending only 12 days in the country. Six other Silicon Valley billionaires have purchased homes in the area in recent years. It’s also a refuge of sorts for folks who’ve experienced their own personal doomsdays. Former NBC personality Matt Lauer, who resigned in disgrace after allegations of harassment and assault, owns Hunter Valley Station. This is the largest lakefront property in New Zealand, and Lauer battled local residents who want unimpeded access to the sea. Access the disgraced host appears unwilling to provide, despite such concessions being conditional for his lease.

Wealthy folks moving to a remote area with amazing views and few distractions is nothing new. What is most interesting about this is the allegation that part of the appeal is that New Zealand offers the top one-percent the best chance of survival if the whole rest of the world goes to hell. Not exactly the sort of bold leadership you’d expect from such pillars of the financial and tech communities, but not wholly unbelievable either. Still, New Zealand is far away, so unless these folks are there how do they plan to survive whatever disaster sends the rest of us to the Thunderdome? Don’t worry, five of the Silicon Valley executives have a plan (for themselves).

The report from Bloomberg paints the picture of a world on the brink of collapse from war or disease or killer robots. If you are part of the New Zealand Five, you grab your go-bag. In it you will have some cash, some gold, some guns, a gas mask, first aid kit, and any other essentials. You have a fully-gassed up motorcycle or moped, loaded with supplies and guns. Mobile and armed, you zip through the diseased masses/killer robots on your vehicle making a beeline for a private plane set to go to Nevada. A key bit of genius in the plan? All the pilots get to bring their loved ones along for the rescue. Eventually the whole gang gets to Nevada where a Gulfstream G550 sits gassed-up and waiting. This plane is essential because it is capable of making the trip from Nevada to New Zealand in a single trip. Once they land in New Zealand, they make a beeline for their bunkers.

The Best Bunkers Money Can Buy

Buried out in the countryside 11 feet underground, these bunkers aren’t old-school bomb shelters. Rather, they are entire complexes that could hold hundreds of people. These bunkers are built by the Vivos Project at the Rising S factory in Texas. Through the hatch that leads to the bunker, you would go down a flight of stairs. You’d enter into the “decontamination” area, which also serves as a hallway connecting the various rooms. The rest of the bunker is then divided into rooms. Naturally you will find a number of bedrooms and common areas. There is a pantry, a kitchen, full bathrooms, and even a hospital suite/surgery station. You can also special-order rooms, such as a giant armory, a gym, or even a shooting range to keep your zombie head-shot skills sharp. They are also totally hidden from the rest of the world. The entrances are camouflaged and only locatable with GPS and, presumably, the wireless access code.

Through all this we have to ask: Would New Zealand be a good place to ride out the apocalypse? Well, that would depend on what is doing us in. It’s possible that in the event of a catastrophe elsewhere, New Zealand would be a safe refuge. But it’s still on planet Earth, so things like radioactive fallout, asteroids hurtling towards the planet, or giant tidal waves, New Zealand is as safe as anywhere. However, this likely has little to do with the actual end times and more to do with political or criminal catastrophe. With Kim Dotcom as an example, New Zealand represents a great place to take refuge from your own personal end of the world. Whether on-the-run from the law or the people-at-large, these one percenters want to have a place they can hide away. In reality, this is probably just the result of what happens when paranoid people can buy whatever they want.

What do you think? Is this real or much ado about not much? If it was all going down the drain, where would you put your survival bunkers? Tell us in the comments below. Don’t forget to share the article on social media if you liked it.

Related Article: Student Activist Says Wealthy People ‘Messed Up’ The World. Did They?