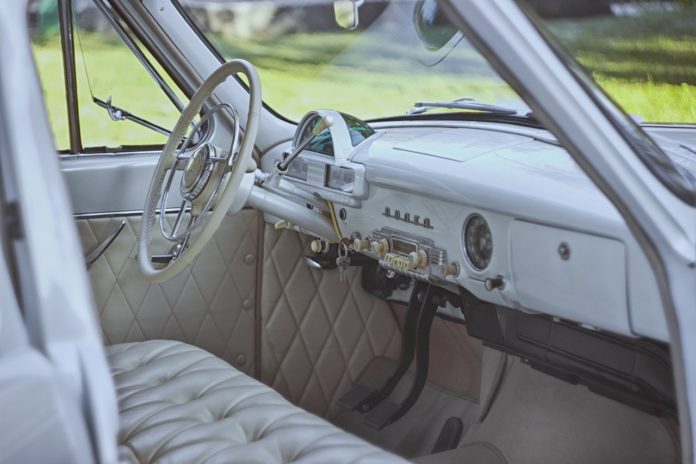 One of the great things about fictional storytelling is that everything, including cars, can be a “character” in it.

For a number of shows, mostly in the 1970s and 1980s, automobiles were often the focus of shows. In the 1960s there was My Mother the Car, about a man whose mother’s ghost inhabits his car. There was Car 54, Where Are You? a comedy about two bumbling police officers. Other series were less blatant about their car worship, including it in the show but not necessarily the title. Still, while TV shows often make the most of the cars they include, there are some classic TV cars that are more than just that. They are iconic.

Most of the time, our ideas about luxury cars are pretty normal. They are fast or fancy or have the latest gadgets. Yet, other times, a luxury car isn’t one that has heated seats, a drink cooler in the back, or a self-park function. No, sometimes the car itself is the luxury. As we reported earlier this month, people can spend hundreds of thousands of dollars on replicas of the Batmobile. Easily the most popular one? The Batmobile from the classic 1966 television series. But it’s not just the Batmobile, there are plenty of other great cars from great shows. Below we tell you about three of them.

Below, we've selected the three coolest cars from old-school TV shows. Each of these acts as a does of nostalgia for those who remember watching as kids.

When we say that some shows featured cars that were “characters” in the show, there is no example more literal than Knight Rider. A prime-time action-drama vehicle for David Hasselhoff, the show is most remembered for two other things: the talking car and that theme song. The premise is weird, even by 1980s standards. Hasselhoff plays David Arthur Long, a police detective who was nearly fatally shot in the line of duty. Billionaire Wilton Knight saves him, but not before giving him plastic surgery and his own surname. Then he sends him off to fight crime.

Except, Hasselhoff was really second-fiddle in that show, next to KITT, the artificially intelligent car that sounds like Mr. Feeny from Boy Meets World. Sardonic and droll, KITT was the best character in this whole weird show. Luckily, his bag of tricks is what helps keep the heroes out of trouble. The instrument panel is tricked out with displays and meters, along with a number of buttons including “Turbo Bost” and “Super-Pursuit Mode.” A black 1982 Pontiac Trans Am Firebird, complete with undulating red light on the grill, is iconic. The show is a bit silly, but this car is as cool as they come.

2. The Dukes of Hazzard: The General Lee

The United States, specifically the south, has had to face a reckoning for it’s past and the way they’ve memorialized the Confederacy of the Civil War. The symbols of this dark period in U.S. history are offensive to many and inextricably linked to the worst of American history. However, one bit of pop culture that uses two of those symbols gets something of a pass. The Dukes of Hazzard was a show about two brothers and their car. Dubbed “The General Lee,” or just “The General,” it’s an orange 1969 Dodge Charger. Painted on its roof is the Confederate Battle Flag, on the side is the number “01,” and the car’s name “General Lee” is painted over the windows. The doors are sealed shut, forcing the Duke boys to jump through the window each time.

The unfortunate design aside, the show itself touched on none of the ugly history of these symbols. Rather, they were simply a visual shorthand to let views of the late 1970s know that these shows were set in the deep south. Still, in all parts of America, people who grew up watching this show love these cars. It’s also very easy to get one. All you need to do is find a circa 1969 Dodge Charger, get it painted, and you’re off. Just don’t get caught in a speed trap, especially if you’re a musician, or you might get coerced into doing a free concert.

There is not much about a boxy van from the 1970s that seems like a “luxury” car of any kid, but you’d be wrong. Because if you give that van a signature paint job, it becomes something much, much more. It becomes “The Mystery Machine.” This van, with its psychedelic design and flower-power imagery, carried the Scooby gang to and from all of their adventures. The original Mystery Machine was based on a VW van, common with the hippie crowd. This is the most common version of the van we see on the shows. However, as the series changed, the van did as well. Some Scooby-Doo incarnations feature an Aerostar-like van, common in the 1990s. This version didn’t last long, with the van returning to its boxy, original style for newer episodes.

For the real-life mystery machine, any van will typically do. The paint job has to be custom and exact, but the interior is up for grabs. When its depicted in the cartoon at all, they have bench seats and a table with gizmos and computers in the back. Any good Mystery Machine, however, prioritizes comfort for those long adventures hunting ghouls. One of the most recognizable vehicles in pop culture, any Mystery Machine seen tooling down the road brings a smile to faces of people from every generation.

If you’re truly willing to spare no expense, you can recreate almost any vehicle from a shows or movies you loved as a kid.

Whether you like to tinker on cars or are willing to pony up to those who are, your favorite pop-culture vehicle could be yours. Especially if it is a popular one like those mentioned above, there is a good chance your dream car could be a reality. While many yearn for classic Italian sports cars or the newest luxury ride, some folks love more specific cars. Yet, in this day and age, it’s less rare than it was to see some screen-accurate replica of an iconic vehicle tooling down the road.

What do you think? Which pop-culture car would you want most? Share your thoughts, answers, and reactions in the comments below. Remember to share the article on social media if you’ve enjoyed it!