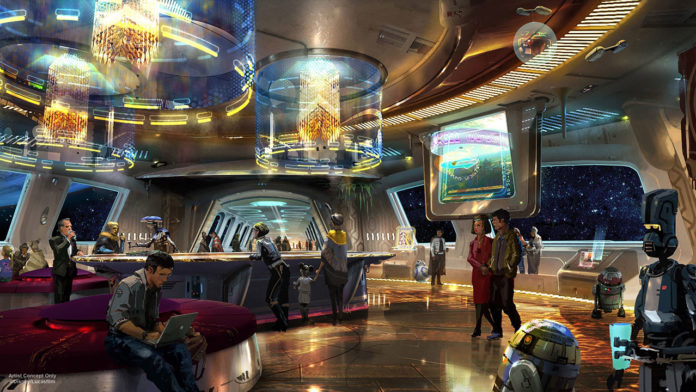 Have you ever wanted to become a character in Star Wars? Surprise! Now, you can. Disney is opening an immersive Star Wars hotel.

Lucky guests of the Star Wars hotel choose their own adventure with a personalized story line. This is the pinnacle moment literally all of the franchise’s fan base has been waiting for! While the details of the Star Wars Hotel are still mostly under wraps, we’ve found out a few key specifics about this future high-tech fan paradise. Want to get in on the know? Here’s what we’ve got so far.

So Just How Immersive Will This Epic Star Wars Hotel Be?

Think Westworld. For those of you who don’t know what that show is, please look it up now. In a nutshell though, it’s an HBO series about a futuristic world where the wealthy get to experience an incredibly realistic simulation of the historic cowboy times and live out their fantasies in the wild west.

For the rest of you who are already in the know, we’re pretty sure your heart just skipped a beat. There is incredible potential here! With an army of Disney Imagineers and the Lucas stamp of approval, we can’t even begin to fathom how epic this Star Wars hotel will be.

Even still, in a sad day for Californians, Disney has announced that the hotel is only planned to open at Disney World in Orlando so far. BRB, we’re going to sit at our computer until the announcement date and book the first tickets available to Florida!

Related Article: Top 10 Disney Resorts to Stay in for a Magical Vacation