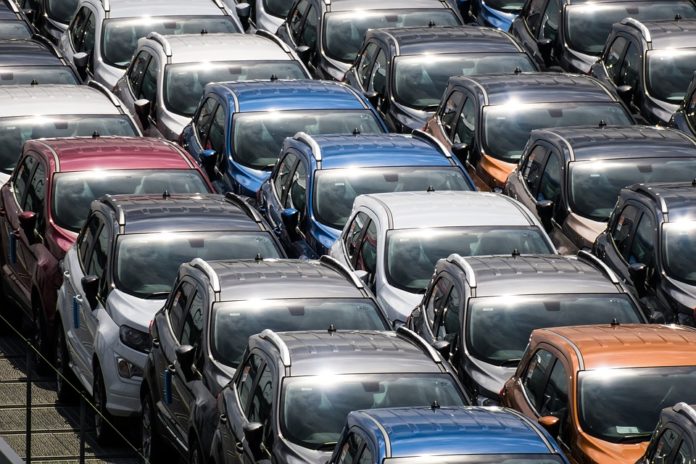 The holidays are a time when eagle-eyed shoppers can find deals on all sorts of things, but no industry promises them more than auto-sellers.

The onset of the holidays happens gradually. Maybe you spot some holiday decorations on the street, or perhaps you hear snippets of a Christmas song while shopping. Soon, you start seeing holiday-themed commercials on television. While most of them go for nostalgia or parental guilt, others seem a bit more forced. Because along with ads for holiday specials on television and in the stores, come a deluge of advertisements for holiday car deals. Everything about it seems counter-intuitive. With so much shopping and traveling and wassailing to do over the holidays, who has time to buy a car? With those questions comes others, including the most important one: are these even deals at all? Well, we’re going to get to the answers to those questions about holiday car deals, and they may surprise you.

Most holiday commercials follow a standardized theme and those touting holiday car deals are no different. Someone wakes up on a wintery morning and rushes downstairs. They look around frantically for their gift, or maybe they watch quietly while everyone else opens them. A little sad at being overlooked that person is then taken outside to see a brand new INSERT BRAND NAME HERE car, complete with ridiculous over-sized bow. If that doesn’t make it unbelievable enough, this person then looks completely shocked that they got a new car. Why they go with this marketing strategy makes no sense, because ultimately anyone who has ever purchased a car immediately knows this is tantamount to false advertising. Naturally, this makes folks suspicious about if these holiday car deals are even deals at all. Yet, that’s where the bad commercial narrative hurts business, because these deals are very real.

This is not as easy a question to answer as you might think. From a broader perspective, the answer is “yes.” With Christmas and Hanukah, there is nothing under the sun that hasn’t been given as a gift including cars. Yet, it seems very unlikely that many people are surprised with a new car on Christmas morning. The cost isn’t even the thing that makes this most unlikely. Cars are very personal things. A guy whose idea of high-fashion is a screen-authentic Darth Vader costume would have an easier time buying fashion gifts for the women in his life than trying to surprise her with a car. If you can swing a car as a Christmas gift, take advantage of the holiday car deals. This is really the best time to buy a car, so go for it! But make sure to involve the person you are giving the car to, so they can ensure they get the best ride possible.

When Are the Best Times to Get Deals on New Cars?

The auto industry is a sales business, so that means car dealers work on the quota system. Their salespeople have to sell a certain number of cars each quarter to earn various bonuses and things like that. So, if you are in the market for a new car, it’s best to come in at the end of March, June, September, or December. Because by that time, your car salesperson is either desperate to make quota or already hit it, so any other sale is a bonus. This makes them more willing to play with the price and haggle, because they are padding their numbers one way or another. Sure, holiday car deals are just a marketing strategy, but only the holiday part. Yet, of all the months that bring quarters to a close, December is the best for buying a car, and it has nothing to do with sales.

What Makes December the Best Time to Buy a Car?

December is the perfect time to buy a car, because it’s when car dealerships are at their most panicked. The run-up to the holidays is seemingly made for shopping, but at places like the mall, specialty stores, or Amazon. The cold weather and holiday expenses tend to put people out of the frame-of-mind to shop for a car. Compounding this problem is that the next year’s models are all released throughout the fall. Dealers need to move their current year models off the lot to make room from the next year’s. Because of all these factors, it’s estimated that the average car buyer can save nearly ten percent in the month of December compared to the rest of the year. Whether the car is a gift for someone else or simply something you need, buying in December can ensure that you get the lowest possible price.

How Do You Make the Most of Holiday Car Deals?

Armed with this information, you can leverage the dealership’s need to move current-year cars and the salesperson’s need or indifference for making a sale. You have to strike a delicate balance in order to get the best deals. You have to seem as though you are not pressed to make a choice, but you also have to be ready act fast when holiday car deals are put on the table. In fact, if you are going to be buying a car at the end of the year, your research and information gathering process should probably begin some time before Halloween. The holidays are a hectic and busy time, so in order to make the most of holiday car deals, you should know what you need before you ever go to a dealership.

How to Get the Best Holiday Car Deals

If the holiday car commercials have worked their magic on you and you're seriously considering a new vehicle, there are a few things to keep in mind. Use our guide below.

What to Do Before Going to the Dealership

As mentioned above, new car models hit the showroom in the fall. So, while all the car blogs and news outlets are discussing the new models, you should be digging through their archives. Read about how different makes and models of cars perform and figure out what you need. Do you want a car so you can go on long road trips? Get a roomy one with lots of creature comforts. Check safety ratings and read reviews.

Learn to identify the different makes and models of cars, so when you do get to the dealership you can tell if they are overstocked or under-stocked on them. If you really want to get into the data, you can look at the sales figures for the makes and models you are considering, in order to get a better idea about how eager or desperate the dealers will be to sell them. Essentially, do all the research you normally need to do when buying a car. Just make sure you give yourself enough time to do all this homework, so you are ready when holiday car deals come around.

What to Do at the Dealership

Once you’ve done all the research, you are ready to head to the dealership. Before you go inside, take a look around the lot. See how many of the models you are considering are there. The more they have on the lot, the more likely you are to be happy with the holiday car deals they offer you. As noted above, you have to both be nonchalant but also ready to pounce if they offer you a good price.

One thing you don’t want to do is threaten to leave. Because at that point the salesperson will write you off as a lost sale and not a last-minute one. If you feel like the negotiations have fallen through and are ready to leave, be serious about it. If the salesperson is really desperate, he or she might stop you. But that sort of thing usually only happens in movies, anyway. Come prepared to buy and also prepared to walk away if the holiday car deals aren’t to your liking.

How Much Shopping Around Should You Do?

The answer to this question depends on how specific your needs are. If you want a specific make or model of the car, you can try different dealers, but you’ll have to take what’s offered. If you could go for a number of different makes or models, then you have some wiggle room. Make sure you do the most of your research and looking around before the holidays. Because once the holiday car deals hit, you will have to act fast. In this case, waiting until the end of the month actually increases your chances of getting a better deal. Only that late in the year, their inventory might be limited. It’s a balancing act, but one that’s easy to pull off. If you are serious about saving money, end of the year holiday car deals can be the answer you’ve been looking for.

People don’t really buy cars as Christmas gifts, but holiday car deals are worth your time if you need a new car.

As car dealers move the current year’s product off of their lots in favor of next year’s models is the time for the smart buyer to strike. Buying a car can be a stressful experience, especially if you do a lot of shopping around. Adding that stress on top of the general stress of the holidays may seem like a bad idea. But if you follow our tips and don’t wait until the last minute to start doing research, you can make the most of the holiday car deals. Whether the car is a present for someone else or just a gift for yourself, the end of the year is the best time to go about getting one.

What do you think? Have any good car negotiation tips we didn’t include? Share your thoughts, reactions, and experiences in the comments below. Don’t forget to share the article on social media, so your friends can get in on the discussion.

Related article: A Crew of Christmas Cars Rev Up the Holiday Spirit on the Streets of London