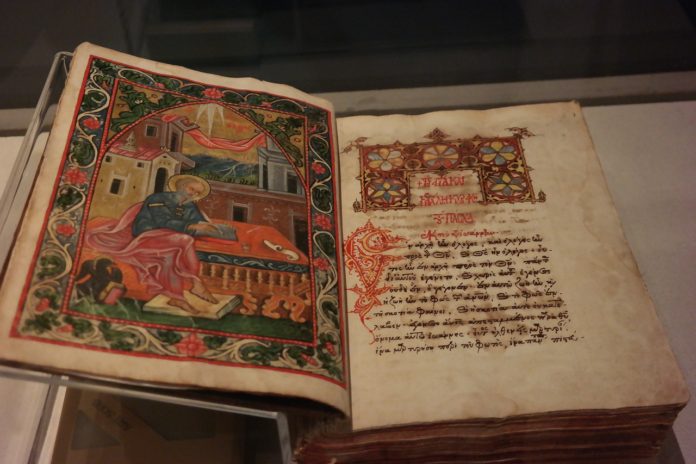 There have been countless humans throughout the history of our species. And each one of us has made a unique impact.

But which among us have been the most influential people to ever live? Well, in concrete terms that's a very subjective question to answer. We all have our own ideas of what influence means and how it is exhibited. And any two lists are likely to consist of different people, or at least a different order.

Nevertheless, we've attempted to take an objective look at this weighty issue. And the result is a list of people we believe deserve this immense distinction. Because influencing all of humanity is obviously a really big deal. And there have been a select few who have been able to leave behind a huge influence. Keep reading to find out who tops the list.

The Most Influential People In Human History

Let's set some ground rules before we continue. Since this type of list can lead to arguments, we'll let you know what influenced our decisions. If you disagree, we welcome your additions (or deletions) you would make in the comments section below. But for our list, we tried to detach ourselves from personal feelings.

When we discuss influence, it is often in a positive sense. And to be sure, positive influences are important to each of us -- individually and as a society. But we believe that influence in itself is neither good nor bad. It is up to everyone to use whatever influence they have to lead others in a positive direction.

So even those who choose a negative path are still exercising their power. That's why we're not analyzing results when selecting the most influential people in history. Instead, we'll just try to measure how big their impact on humankind was and continues to be. Without that subjective layer of good vs. evil, we're free to take an unbiased look. We can disagree about the nature of their impact. But there's little doubt that everyone on this list left a lasting mark on those who came after them.

Regardless of religious context, most scholars put Jesus at the top of their lists. His is among the most influential people in history for many reasons. For starters, think about how we chronicle time. The year most of the world uses is based on his estimated birth year. And beyond Christianity, his influence is clear in many other world faiths.

The Bible remains the best selling book year after year. And central passages include references to his life as well the lessons he shared. Like any major religious figure, there's plenty of disagreement about the extent of his influence. But billions around the world view him as deity personified. And even for major religions in which he is not a central figure, he is often referenced and revered.

There are a few ways to identify influence. And there are certainly some humans who have left an indelible mark on an industry or nation. But few, if any, have been celebrated for such a diversity of humanitarian contributions. By any measure, Leonardo is one of the most influential people to ever live.

The term Renaissance Man might not be as commonly used in today's society. But it refers to a person with an unquenchable thirst for a wide range of topics. And it also implies a mastery of many of those disciplines. However you define it, da Vinci fits the bill. He might be most easily recognized as an artist. But he was responsible for great leaps in our understanding of other topics. Among them were maps, architecture, botany, math, music and geology. He also came up with inventions that were millennia ahead of their time.

Sure, he didn't get everything right. But much of the math and physics we take for granted today traced right back to him. Newton developed some advanced theories that largely stood the test of time. And where they didn't, his experiments inspired later generations of brilliant minds.

Hundreds of years after he revolutionized much of science as humans knew it, he is still revered. You can point to specific influential works, including Philosophiae Naturalis Principia Mathematica. That 1687 book led the way in developing classical mechanics and mathematics. He's known for developing his laws of motion and universal gravitation leading in the development of calculus.

Chances are, you're familiar with this scientist. He's one of the more modern figures on our list. There are probably more than a few of our readers who can still recall his direct influences. He is known primarily for revolutionizing physics with his general theory of relativity.

In response to the earlier influence of Newton and others, Einstein took science further than ever. We understand so much more about the universe and its laws because of his experiments. Einstein filled in many of the gaps left in Newton's laws, giving the rest of us valuable information. Plus, his often wild hair and disheveled appearance has made him an iconic popular culture figure.

There are tons of influential authors throughout history. So we took a lot of care and consideration in choosing which to include in our list. But there are a few reasons Shakespeare stands out. First of all, he's a household name unlike almost any other writer who's ever lived.

But beyond that, we're trying to measure actual influence. And not only did he revolutionize English literature, he changed literature for everybody. His plays made the theater experience accessible for a wider audience. The characters and plots he created have gone on to influence storytellers in every generation since. Plus, he created words that are still in the English lexicon today. In the context of his day, he was an incredible star. But unlike almost all of the authors we love today, the lasting influence of Shakespeare seems boundless.

Many of the most influential people in history have helped shape our understanding of philosophy. Much of what we consider Western culture stems directly from Greek thinkers. But perhaps none had the lasting impact of Aristotle. His school of thought would influence those who came immediately after him. But dozens of generations later, we still feel the reverberations of his writings.

The topics he helped define included concrete sciences like biology, physics and zoology. But he might be better known for his studies in the arts and philosophy. Aristotle gave his contemporaries a clearer understanding of many complex topics. He studied linguistics, ethics, politics and other issues we still struggle to fully appreciate. Aristotle's work served to answer many nagging questions. But it is perhaps more influential for raising important questions for those who would come after him.

Here's another individual whose influence covers a variety of disciplines. He was a physicist who also focused on math, engineering and philosophy. Plus, he brought us a new perspective on the heavens above with his astronomy innovations. Galileo was another of the Renaissance Men who helped shape the society we know today.

One way we can measure his lasting influence in the reverence he receives from many experts. Many historians and scientists believe he is the "father" of many important subjects. Among them is modern observational astronomy and modern physics. Some experts also claim he is the father of science, or at least modern science. However you choose to define him, his influence on humanity is undeniable.

Though we might wish it were different, war was and is a big part of the human condition. And when we look at the most influential people, many led great armies to important victories. We can argue about whether these conquests were just or moral. But we really can't ignore the fact that figures like Alexander the Great shaped the world through war.

And he makes our list based on the sheer scale and record of victory his armies boasted. After taking command of Macedon at the age of 20, he set out to conquer lands far and wide. He led his troops through Asia and Africa over the next decade. And in his 30s, he had an empire unrivaled by almost any other in human history. Not only that, but legend suggests he was never defeated during a battle. He was a contemporary of another man on our list. In fact, Aristotle was Alexander's childhood tutor.

Choosing the most influential people in history is no small task.

We know everybody's list will look a bit different. But we hope you agree everyone we included has left a lasting mark on humankind. There are plenty of people from our lifetimes who will go on to leave their influence on future generations. The individuals above have shown us in their own ways what that power can accomplish.

If you enjoyed our list, share it with the history buffs in your life. And leave us a comment below if you have any final thoughts or questions.