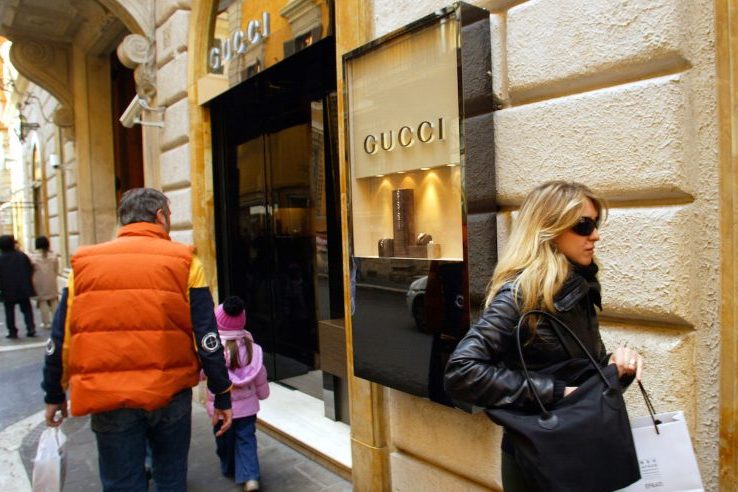 LONDON, United Kingdom — If luxury spending was indeed driven by the rich, the luxury industry would be a niche sector serving a fortunate few, rather than a dynamic, global business selling to a consumer market measured in millions.

During the past 50 years, a wave of luxury goods consumption has swept across key geographies in the world, moving from Europe to the USA in the 1970s, then Japan in the 1980s, Russia in the 1990s and, in the last 15 years, spreading across Greater China. In each case, the underlying mechanism that has fueled demand for luxury goods has been the same: the emergence of newly created wealth.

New ideas, liberalisation, free trade, higher liquidity and investment all bring new opportunities for economic growth. But as a minority of the population — the smartest, best connected or best positioned — typically benefits from new wealth creation, a gulf opens up between this group and their fellow citizens and the newly rich population needs to mark, crystallise and communicate their freshly acquired status. This is where the luxury industry steps in.

How better to define their new identity than by possessing things other people don’t have. Ultimately, it’s a case of ‘I have, therefore I am.’ But having purchased their identity, these newly rich consumers need to maintain it. Usually, ‘new money’ types have high levels of insecurity, thick wallets and vast closets to fill. They go through a period of over-consumption to soothe their insecurities and demonstrate their worth to their global peers.

In short, the newly rich pour money into the luxury industry and are the powerhouse of its growth. ‘Old money’ already has everything and merely buys to maintain their status; ‘new money’ is starting with nothing and its appetite and willingness to spend is many orders of magnitude higher.

“Sophisticated ‘old money’ consumers may be relevant to European luxury goods brands when it comes to endorsement, but they are largely irrelevant when it comes to share of contribution to revenues and profits.”

But as their closets fill up, the newly rich become seasoned shoppers and their spending patterns become more sophisticated. They begin to shift from stand-alone purchases, such as watches, handbags, jewellery and wine — bought on the back of a “give me the most expensive you have” mindset — towards products that require more developed tastes, such as clothes and art. Eventually, their spend moves away from products altogether, towards services and experiences.

Ultimately, these consumers begin to normalise their spending on luxury goods, moving from “closet building” to “closet maintenance.” And so, from “new money” to the threshold of “old money.” Again, “old money” has everything already and therefore needs to spend little on luxury goods. Indeed, sophisticated “old money” consumers may be relevant to European luxury goods brands when it comes to endorsement, but they are largely irrelevant when it comes to share of contribution to revenues and profits.

Alongside the growing spend of the newly rich, luxury consumption also spreads downwards through the population pyramid to the middle classes, who benefit to a lesser degree from the same economic growth trends as the newly wealthy. These middle class consumers have shallower pockets and can only afford a fraction of the per capita spending levels of richer consumers. But the shape of their demand evolution is similar; the only differences are that the crest of their consumption is far lower and that their sophisticated purchases are more limited.

These are some of the key dynamics driving luxury demand when there is macro-economic growth. But what happens when that growth ebbs? Or there is a recession? Luxury demand is tied to feel-good factors, ambition and the aspiration to stand out. All these evaporate when things turn sour and people feel worse off relative to the past. The key word is “relative.” It is a fallacy to think that the rich are always rich and that their demand is untouched by economic cycles. Analysis of very high-end products and trophy assets shows the highly cyclical nature of purchasing at the very high-end — everyone feels richer or poorer relative to their past, not in absolute terms.

Yet, consolation and substitution purchases ensure that luxury demand does not disappear in a slowdown. Certainly, people will cut back on luxury spending and lower their ambitions. But most people will still have money and will still wish to reward themselves; they will simply spend it on different and cheaper products and services than in the past.

Wealth and social reality is complex enough in our society, so that what is a wildly ambitious purchase for some, is seen as a cheaper step back for others. A very expensive diamond ring is much cheaper than most penthouses in London’s Mayfair, for example.

Luca Solca is the head of luxury goods at BNP Exane Paribas.