Still a brand with a future veiled in uncertainty. But what future isn’t? This, more or less, is the dilemma presented to the fashion industry when the words Sies Marjan emerge in a conversation centering around new luxury fashion designers.

Sander Lak, the designer whose label had stirred such frenzy on the Manhattan runway, still walks the thin line in critics’ view. Is he a young shooting star to spark some glamor and glitz on a dim lit American fashion scene or a short-lived mania?

Time is usually the main story-teller when it comes to enduring luxury brands. And so far, not only has Sies Marjan lived through two fashion seasons, but has done so successfully and, more importantly, true to its designer’s statement.

Sander Lak – The Most Buzzed About Debut in Manhattan 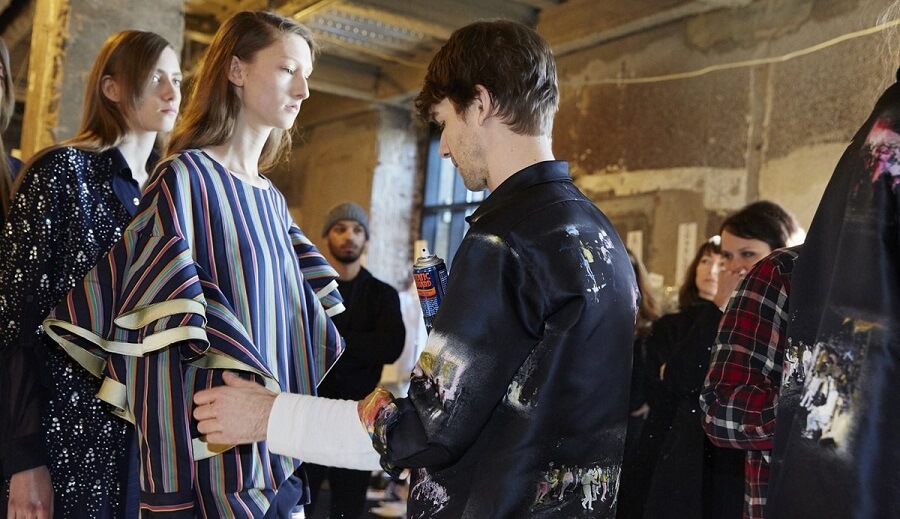 Last season, the designer of Sies Marjan debuted at the New York Fashion Week in front of a row of the industry’s powerbrokers, fashion editors, and e-tailer chairmen. Emotions flared on both sides of the curtains. Colors followed.

Sander Lak offered not only a prelude of his line but a collection that deals away with the classic and safe black in favor of a fearless palette of blazing colors – from a strong-hued magenta to a sun-glaring orange.

“The color palette dictated what this whole collection looks like,” the designer told the New York Times. “I’m going to shove it down everyone’s throat until the end of days. Or until I get tired of it.”

His second collection of the year proved him true to his word. The designs remained monochrome and flowing on the laissez-faire silhouettes, but the strength of colors was even more perceptible.

Flashes of flamingo pink and chartreuse appeared on the runway, only to seemingly evaporate in the next instant. However, the luxury collection didn’t need longer than a moment to imprint itself on the retina.

Definition of a Successful Luxury Fashion Line in 2016 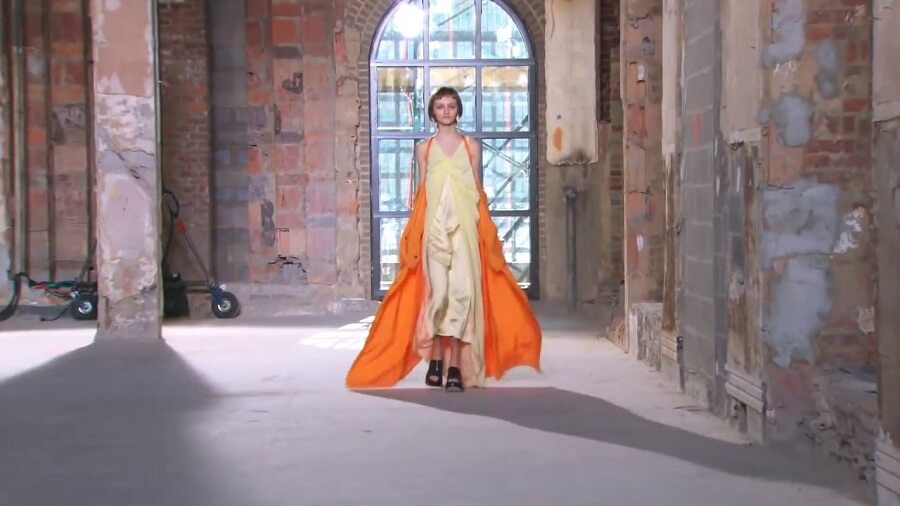 The elusive fabrics of silk, seersucker, and satin echoed grace and ease. But the clothes kept the same pattern-making of the first collection. They hung on the shoulders like careless Roman toga dresses, they draped and slouched. In the meantime, Vogue prophets that the crisscross tops that cut over the bosom and back shoulders will be best-sellers.

But the elongated shirt jacket and funky cropped trousers are not to be overlooked. At least, the New York department store Barneys did not. Soon after his first show in February, eight months ago, Sies Marjan signed an exclusive agreement and partnered with a number of boutiques and luxury fashion houses.

The European sensibility reflecting the brand’s style managed to charm the American market. At least, this is how Sies Marjan explains his move from the old continent to the new world.

Even though opportunities to flourish in Europe were plenty, the designer chose to collaborate with Joey Laurenti, the 27-year old founder of Ocean Gate Capital Management and a recent consultant for Nancy Marks from Deia LLC. When Ralph Rucci, the haute-couture sensation who had partnered with Marks in 2012 left the company to ‘pursue other creative interests’, Joey Laurenti scouted the horizons in order to fill the gap. Its quest took him over the ocean, to 32-year old Sander Lak who had just finished a four-year stint working with Dries Van Noten in its studio in Antwerp.

“Opportunities like these don’t happen anymore. It used to happen in the ‘90s, maybe, but not anymore.”, said Mr. Lak.

To his credit, the young designer accepted the challenged and had since taken Sies Marjen on its own, unique path.