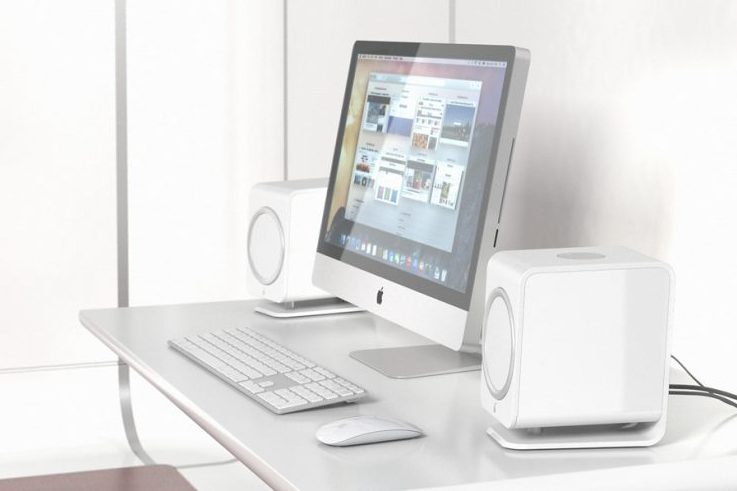 A successful Kickstarter combines beauty with performance — for a price.

The Feniks Essence speakers that have been gracing my desk for the past two months are expensive. They cost more than $1,200 to their earliest Kickstarter backers and have been crafted for the quite narrow purpose of sitting on your desktop and pumping sound out of your computer. But they are also designed thoughtfully and built exquisitely, combining great aesthetics and construction with brilliant performance.

Probably the chief reason to consider the Essence is luxury. Yes, luxury is defined by its unnecessariness, but if you want to make a long-lasting tech gift to yourself or to a loved one, the choices are actually quite narrow. Gold Apple Watches and diamond-encrusted Vertus will age as disgracefully as VHS and DVD players, and even the most useful gadgets today are saddled with a shorter lifespan than a Nexus 6 replicant. This is where speakers and headphones are special: you can buy a good set today and enjoy it for decades with proper care. But true luxury also requires something more than a pretty patina or gold casing, and that’s where the Feniks Essence asserts itself very well, offering sound quality to match its pretty looks and impeccable build.

The world of computer speakers isn’t exactly lacking in options, and most of them cost a fraction of the Essence’s asking price. So what goes into a $1,000+ audio product? The first thing is plenty of history and development time. Starting off almost a decade ago as a hobby project in Indiana under the name of Eversound, the first set of desktop speakers produced by these guys was called the ES-1 and sold only to family and friends. Then in 2010 the company moved to Switzerland, the founder’s son joined as design director, and a second set of speakers was introduced, the ES-2, selling a limited run of 60 in their new home country.

Between that time and today, the company has iterated on its high-end aluminum design, recruited noted audio engineer Gordon Rankin — who also had a part in the design of the awesome AudioQuest DragonFly DACs — and gathered the funding to release a product globally. My preproduction review unit still bears the old branding of Eversound ES-3, a name that its makers had to move away from due to someone else claiming the US trademark. And that’s how we arrive at the Feniks Essence active speaker system.

The Essence are high-end speakers with bigger sound than their compact dimensions would suggest and better construction than almost anything out there. But the first thing that stands out about them is their straightforward and intuitive setup. You can plug into them via USB — exploiting the built-in, Rankin-designed 24-bit / 96kHz DAC — or a good old analog 3.5mm connection. RCA and Toslink optical options are also available for braver souls, but the point is that you don’t need to know or read anything to find your way around. The right speaker acts as the base, linking up to the left and offering a very satisfying rotating volume control at its top. Headphones or a separate subwoofer can also be connected.

I was up and running with the Feniks Essence in no time at all. In fact, it took me longer to admire the weighty, high-quality build than to get everything connected. “Every visible surface is metal,” proclaim the Essence’s proud designers, and they do have plenty to be proud of. The design here is unique, featuring three thick slabs of die-cast aluminum, held together tightly by internal tension rods that help to eliminate unwanted resonance. There’s 50W of power per channel, which for the intended primary purpose of serving as near-field, desktop speakers is surplus to requirements. I never have to stray beyond the 12PM mark on the volume knob to get a pleasurable and loud music experience.

So far so nice, but what justifies the Essence’s four-figure price? For most reasonable people, such high expenditure will never be justifiable — and I have to count myself among that group, given my penchant for grabbing headphones any time I want to truly blast my music or immerse myself in a movie. But for those who do have an extra zero at the end of their budget, the Essence present a compelling option.

Technically, the most impressive thing about the Feniks Essence, once you get over their looks and compactness, is the stereo imaging they provide. I have them framing a 27-inch iMac and these speakers can pinpoint each sound and instrument across the screen’s full width and beyond. They project sound at me in a natural manner that makes the iMac’s downward-firing speaker sound exactly like what it is, a downward-firing and quite unsatisfying speaker. This level of articulation is provided by custom 4.5-inch coaxial drivers, which Feniks also notes make the Essence “less dependant on speaker placement for accurate frequency response.” I’m not convinced by that latter point, because I do lose some of the bass impact once I stand up and away from the ideal listening position. In fact, my solitary issue with the Essence’s sound is a lightness of bass — it’s accurate, but nowhere near as satisfying as the gooey goodness of something like the Beoplay H6 headphones I just reviewed. 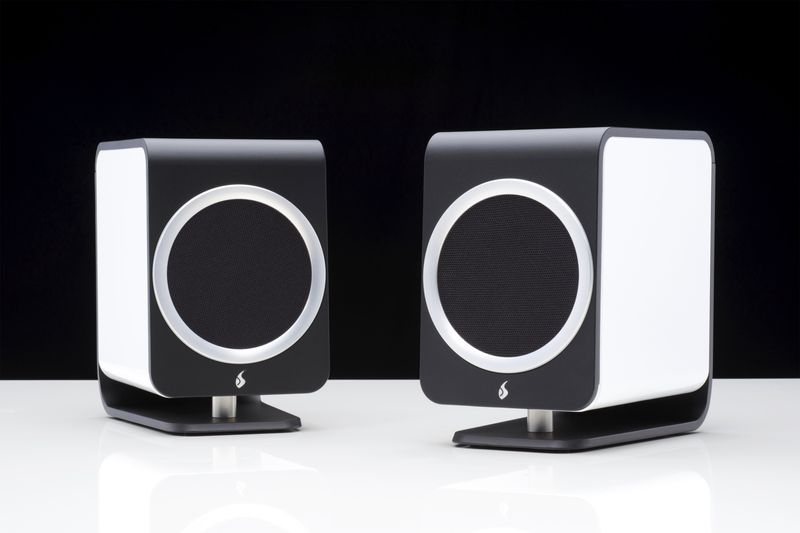 Finally, and most idealistically, I like the idea of supporting projects like these speakers simply because they aim at pushing technology forward in a pure and uncompromised way. The designers of the Essence didn’t cut any corners (they curved them!), and so the price is concordantly high, but the result is a beautiful and highly desirable object.

If you like to see technology advancing, you can’t help but like these speakers. And if you have the budget to actually afford them, you are unlikely to be disappointed.