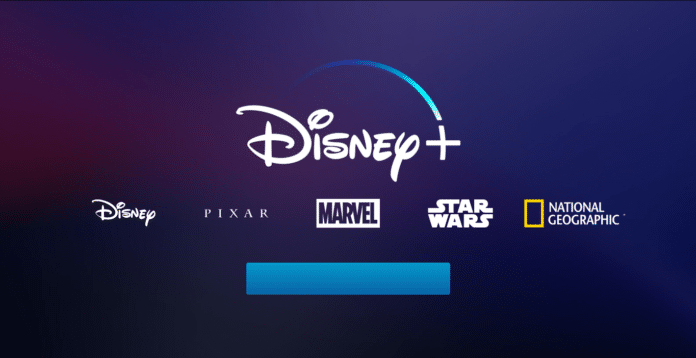 The past decade proved that streaming media is here to stay, but how will the market react when studios and brands launch exclusive services?

In 2018, DC Comics launched its own streaming service and Disney plans to launch one this year. Both of these services will offer classic cartoons and movies from these brands, as well as exciting original content. Ten years ago, such a move would be seen as both a waste of money and excessive hubris on the part of these groups. However, with everyone from individual channels to entire services focused on streaming media, it’s actually an interesting prospect.

It also shows how Netflix’s dominance is threatened, precisely because the company became so focused on creating its own original content. Let’s take a quick look back, look at what these new services have to offer, and try to figure out where this will take us. Streaming media is the media technology of both the present and the future, but who will be hosting the content?

Ironically, for ten years Netflix’s biggest problem was that its services were not immediate enough. The concept was great. Avoid the hassle of going to rent movies by simply ordering them online and using the mail to return them. There were no late fees and there were almost always copies of the movies you wanted available. The only downside was that if you suddenly wanted to watch your favorite scary movie, you’d have to wait a day or two for the DVD to arrive.

Then, in 2007, they fixed that problem and changed the way the media business works. They launched the first version of the Netflix we know today, where viewers could stream movies instantly. Now, about 12 years after this innovation, Netflix is joined in the streaming game by Amazon, Hulu, YouTube, HBO Now, and dozens of other individual networks and providers.

Still, Netflix is the Queen of the industry, lording over the other services with a variety of exclusive selections, original programming, and bingeable series. One of their earliest coups came in the form of deals with two of the internet’s favorite intellectual properties: Star Wars and Marvel Studios.

When Disney purchased Lucasfilm from George Lucas, they ended the highly-successful and critically acclaimed Cartoon Network Series The Clone Wars. The episodes for the forthcoming season were then released exclusively on Netflix, along with all the other seasons of the show the animated feature that started it. Shortly after, they announced a partnership with Marvel studios to tell “street-level” superhero stories via 13-episode seasons of television. Finally, they started releasing acclaimed original series like Orange is the New Black, House of Cards, and others.

The Streaming Space Gets Very Crowded

Unlike broadcast or even cable television, only the streaming services themselves know how successful their shows and films are. Unlike networks who make their money via advertising dollars and theaters who count on box office and DVD or Blu Ray sales, these services make money via monthly subscriptions. Netflix’s partnerships with Marvel and Lucasfilm provided exactly the sort of incentive subscribers needed to sign up. People who wanted to watch established shows or iconic characters would join the service.

Netflix’s less immediately-recognizable offerings then offer these subscribers incentive to stay. Thus, it makes sense that Netflix has worked five or six times as hard to create original content (which it owns) than it has at cultivating these partnerships. Ultimately, this may prove to have been a miscalculation.

Around the same time that Netflix started streaming, Hulu launched offering digital versions of currently-airing network shows, mostly from NBC and Fox. At first these were free-to-watch, but viewers had to put up with commercials. After a time, Hulu offered an ad-free subscription and then moved to a fully-subscription model. Similarly, Amazon Prime offered digital streaming as it moved into “selling” digital media.

For the most part, networks and film studios were content to let these companies worry about the technology and they would provide the content. Yet, as Netflix and its competitors started releasing original content to great success, that attitude changed. Netflix wanted original content to reduce the cost of licensing and sharing the profits. Thus, certain mega-media companies realized that they could also cut out the middleman, in this case streaming services.

A few years ago, Star Wars fans noticed that The Clone Wars came with a warning that it would be leaving Netflix “soon.” Ultimately this didn’t happen, but it was the first sign that Disney and Netflix were longer the happy bedfellows they once were. When Disney announced Disney+, their own streaming service, would be launching in 2019, the reason why became apparent.

Since this announcement, the Marvel series have all been summarily canceled by the streaming service. Where there were five ongoing series, there are currently only two left. The Punisher, which debuts its second season this month, and the third season of Jessica Jones. Some cancellations, like the critically reviled but actually-good Iron Fist, weren’t a surprise. Yet, the dismissal of beloved series like Luke Cage and Daredevil came as a shock.

Behind the scenes, Disney is reportedly working very hard to amend or undo deals in which exclusive streaming rights were given away. When they thought they would just license their work to Netflix or Hulu, such arrangements made sense. Yet, now that they are looking to compete with these services, holding on to those rights hurts them. Disney already won’t have as much content as these other services, despite it’s more than 70 years of making movies and shows.

Along with classic Disney films, Star Wars movies, and the MCU, Disney also now owns the rights to much of the 20th/21st Century Fox catalog. Add to this original shows like the return of The Clone Wars, the first live-action Star Wars series, and a host of new MCU shows, and Netflix should be afraid. The real key is that Disney+ will be “cheaper” than a Netflix subscription, but even if it weren’t, it has properties that fans will desperately want to see.

The DC Universe Service is the Most Interesting of the Bunch

This fall, DC Comics and their parent company Warner Bros. launched DC Universe with their flagship series Titans. Despite their efforts to emulate or surpass the MCU, the recent DC films haven’t been that well-received. (Both Wonder Woman and the recent Aquaman are delightful exceptions to this rule.)

Viewers can watch the first 11 episodes of this series with another original series, Doom Patrol, soon to follow. These shows are part of a connected universe, all the rage in comic book media now. However, the other DC TV universe, the Arrowverse on the CW, is part of the network’s exclusive deal with Netflix. These shows premiere on the streaming service immediately after their finale airs. Normally shows don’t release shows to streaming services until the next season is ready to launch.

Still, DC Universe offers fans an additional option that Disney+ would be smart to emulate. No, we aren’t talking about the hours and hours of classic DC animated cartoons (though that is also nice, especially for nostalgia-hounds). Rather we are talking about the access to digital comics a subscription provides. About eight dollars per month is the costliest subscription option, which is about the price of two or three comic books per month.

If you are an avid read of Batman or Superman, the DC Universe option will save you money and you get to watch the streaming content as a bonus. Disney is the only other company in a position to offer such a service, since they also own Marvel. Adding even a limited option for digital comics with a Disney+ subscription can help bolster the service and introduce the comics to people who might not otherwise read them.

If DC Universe or Disney+ fail, it means that the giants like Netflix, Hulu, and Amazon are safe for now.

The streaming giants, especially those who don’t produce a lot of original content like Hulu, would be in a lot of trouble if studios and networks could provide their own streaming services. Yet, if two titans like Warner Bros. and Disney are unable to pull this off, they will likely have to go back to the old days of licensing their stuff to the highest bidder. Even if they are successful with this effort, success for other, smaller organizations is far from guaranteed. Nonetheless, all the eyes are on both the DC Universe and Disney+, because they represent the newest frontier in the digital media space. If they pull this off, the future of streaming media is wide-open.

What do you think? Are you interested in subscribing to DC Universe, CBA All Access, Disney+, or any other streaming service? Tell us, along with your thoughts, predictions, and reactions in the comments below. Don’t forget to share the article on social media if you liked it, so your friends can get in on the discussion.

Related Article: The Best Tech Shows on Television You Must Watch Today